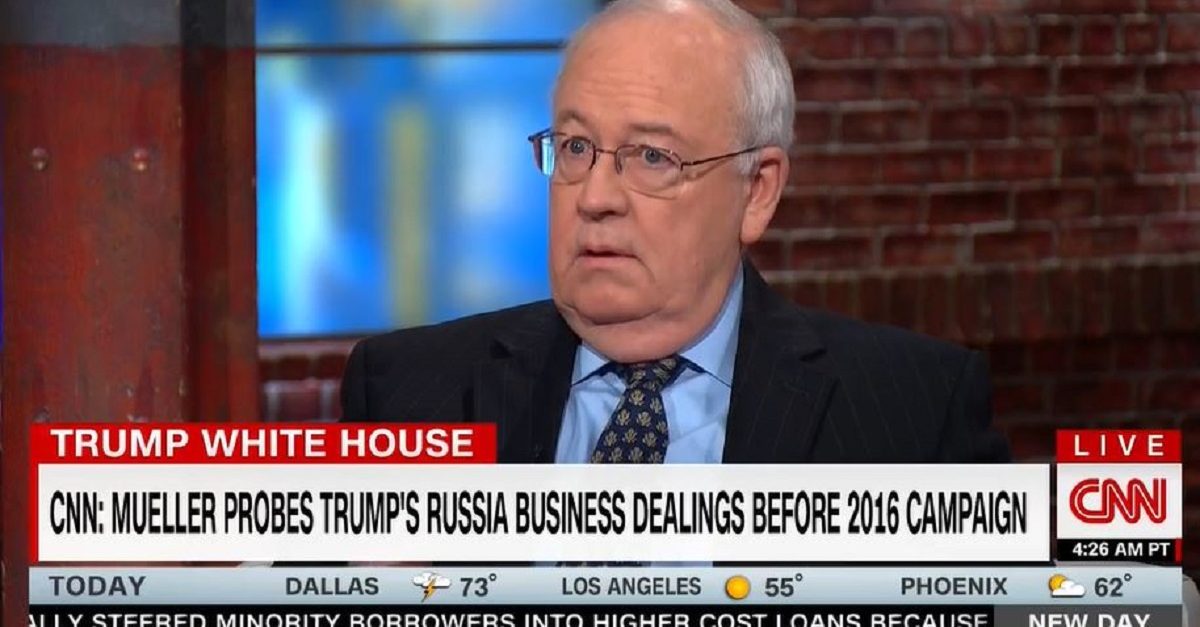 Anticipation is building for William Barr‘s scheduled appearance on Capitol Hill, when the Attorney General nominee’s confirmation hearings will occur.

In case you missed it, the Senate Judiciary Committee announced last week that Barr would be answering lawmakers’ questions on Jan. 15 and 16. The hearing will take place in the Hart Senate Office building. The news release from the Judiciary Committee said that Barr “will receive the same fair and thorough vetting process as the last five nominees to be Attorney General.”

In advance of those hearings, more than 100 former Department of Justice officials have signed their names on a letter supporting Barr’s qualifications. Barr has already served as U.S. Attorney General, but that was during George H.W. Bush‘s presidency, from 1991-1993. Some of those names stood out — former independent counsel Ken Starr, from the Bill Clinton years, former FBI director Louis J. Freeh and former assistant U.S. attorney Andrew C. McCarthy, to name a few.

“We former officials and employees of various administrations and the Manhattan District Attorney’s Office write to express our strong and enthusiastic support for the nomination of William P. Barr to serve once again as Attorney General of the United States,” the officials say. “Bill is that rare combination of intellect and principle who has served our country and the Department of Justice with great distinction and then excelled as a senior executive in the private sector.”

The officials point out that the late George H.W. Bush “recognized Bill’s powerful intellect and legal acumen by nominating him to increasingly important roles in the Department of Justice; initially as Assistant Attorney General for the Office of Legal Counsel, later as Deputy Attorney General and ultimately as Attorney General.”

They praised Barr an “unwavering commitment to the rule of law without regard to favor or politics.”

“We can attest that Bill’s style was to consult widely, hear from those closest to a matter, and consider others’ views with an open mind. Bill was always considerate and respectful of those with whom he worked throughout the Justice Department, no matter how high- or low-ranking,” the said in closing. “It is his patriotism and respect for the institution that bring Bill Barr back before you. We urge you in the strongest manner possible to confirm him to the job he is uniquely qualified to perform again.”

The only footnote on the letter authorized the naming of the people who signed their names on it.