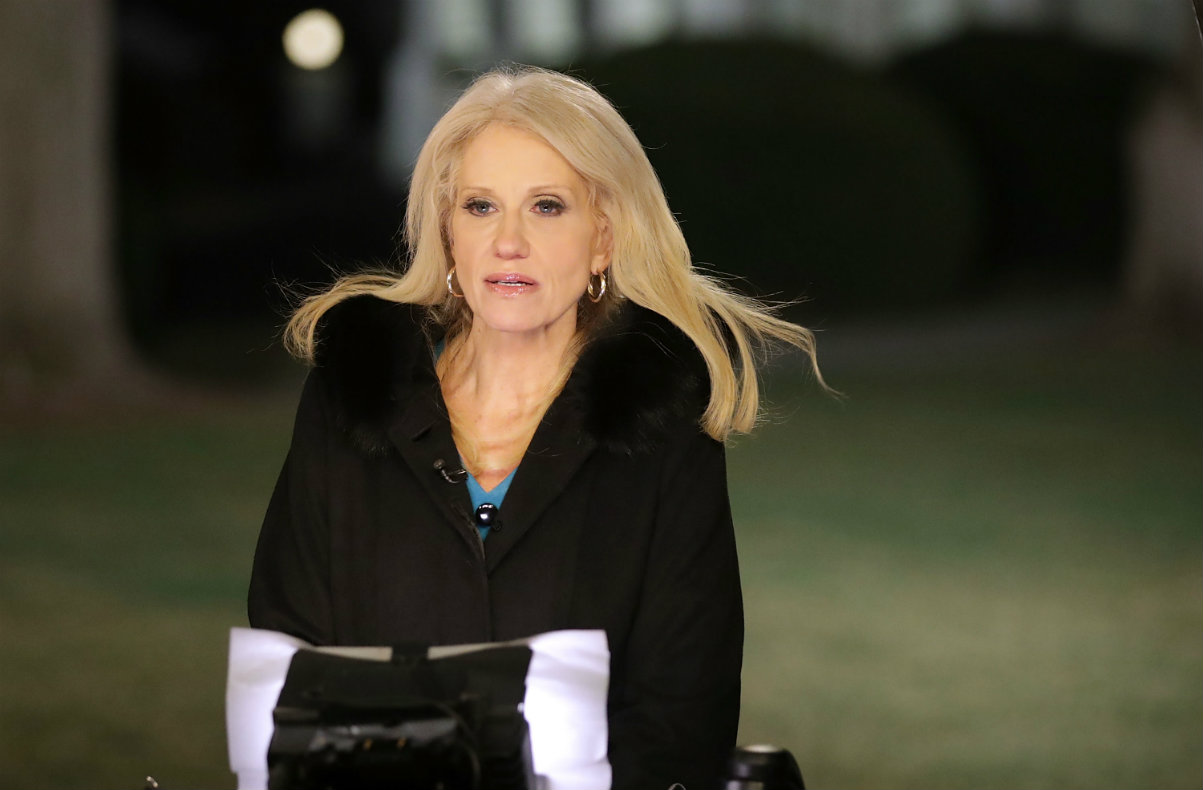 Conservative attorney George Conway, husband of Trump presidential counselor and former campaign manager Kellyanne Conway, has long sniped at his wife’s boss. Now he is suggesting that the feds should look into alleged campaign finance violations involving the Trump Foundation charity. Seriously. This is from his Twitter account:

These are obviously very serious allegations, and they should be referred to the United States Attorney’s Office for the Southern District of New York. https://t.co/0jEBkI10Es

New York attorney general Barbara D. Underwood filed a lawsuit on Thursday. Her office claimed funds from the Trump Foundation were used to pay off legal bills, buy personal items, promote Trump hotels, and benefit the president’s campaign. Trump and his three adult children–Donald Jr., Eric, and Ivanka–were named as defendants. The question, though, is whether federal authorities would get involved. Conway was linking to a NY Times story that mentioned Underwood sent letters to the Internal Revenue Service and Federal Election Commission, and cc’d Justice Department officials.

It’s quite striking that Conway–whose wife spoke on the president’s behalf as recently as Sunday–would recommended a federal investigation. The president doesn’t passively accept news of such things. Heck, this is how he responded to the lawsuit.

The sleazy New York Democrats, and their now disgraced (and run out of town) A.G. Eric Schneiderman, are doing everything they can to sue me on a foundation that took in $18,800,000 and gave out to charity more money than it took in, $19,200,000. I won’t settle this case!…

A federal investigation? Forget it. Never has he patiently submitted to investigators. The Russian probe provides ample ammunition to the president’s critics, and Trump has repeatedly called the probe a “witch hunt” meant to undermine his authority. There’s also the matter of his ongoing feud with the NY Attorney General’s office (he publicly clashed with disgraced former AG Eric Schneiderman). Based on his past behavior, it’s all but certain that he’d lash out at news that federal prosecutors were looking into his campaign and charity for campaign finance violations.

And then there’s Conway. He was up to work for the Trump DOJ in the beginning of this administration, but he eventually dropped out, citing family obligations. Conway voiced support for the president in a joint statement with his wife. Since then, his Twitter page revealed a consistent stream of criticism against the president’s legal decisions and statements. For the most part, he was subtle, trollish, but he was recently explicit in criticizing Trump’s attack on the Mueller appointment.