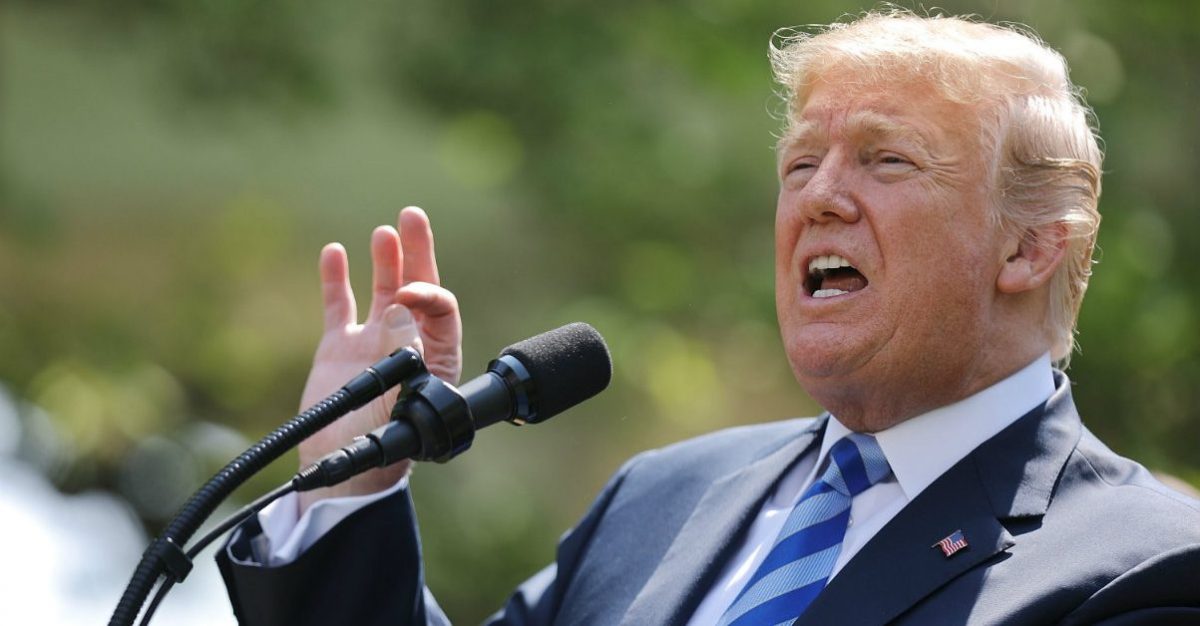 New York State Attorney General Barbara Underwood filed a lawsuit against President Donald Trump and his children Ivanka, Eric, and Donald Jr. on Thursday, alleging that the family used their charity, the Donald J. Trump Foundation for “persistently illegal conduct.” The lawsuit makes several allegations regarding the Trumps’ use of the charity, and calls not only for the payment of millions of dollars, but the dissolution of the foundation itself. Minutes after news of the lawsuit broke, Trump lashed out in a series of tweets.

Trump responded to the lawsuit on Twitter, saying the “sleazy New York Democrats … are doing everything they can to sue me on a foundation that took in $18,800,000 and gave out to charity more money than it took in, $19,200,000. I won’t settle this case!”

The sleazy New York Democrats, and their now disgraced (and run out of town) A.G. Eric Schneiderman, are doing everything they can to sue me on a foundation that took in $18,800,000 and gave out to charity more money than it took in, $19,200,000. I won’t settle this case!…

He then noted that disgraced former New York AG Eric Schneiderman, who started the investigation that led to the lawsuit, “never had the guts” to file the lawsuit himself. The case was brought by current Attorney General Barbara Underwood, who took over as acting AG when Schneiderman resigned earlier this year.

….Schneiderman, who ran the Clinton campaign in New York, never had the guts to bring this ridiculous case, which lingered in their office for almost 2 years. Now he resigned his office in disgrace, and his disciples brought it when we would not settle.

The lawsuit claims that the Trump Foundation operated with essentially zero oversight, as they did not have “even elementary corporate formalities required by law.” It claims that the Foundation’s money was used for various purposes in violation of state and federal laws, such as paying off legal expenses for Trump’s businesses, supporting his campaign, promoting his hotels, and even for personal purchases.

In addition to these allegations, the 40-page complaint says that the Foundation made false statements in filings with the Attorney General’s office, wasted assets, and engaged in self-dealing. It calls the Foundation “little more than an empty shell that functions with no oversight from its board of directors.” It notes that the charity doesn’t have any employees, and its accounting is done by the same office that serves Trump’s business entities. Whatever board there is, it says, “existed in name only,” failing to serve any role in overseeing or controlling the organization for the past 19 years.

As a result of there not being any board control, the complaint says, Trump himself “ran the Foundation according to his whim, rather than the law.” It says he was the sole signatory on the charity’s bank account, and approved all disbursements.

One such allegedly illegal payment was in relation to a lawsuit involving Trump’s Mar-a-Lago club. The club had been hit with a citation for violating local ordinances, and then sued the town of Palm Beach, Florida claiming the ordinances were unconstitutional. They eventually settled, with Trump himself agreeing to pay $100,000 to a charity that was agreed upon. The money he used to make the payment allegedly came from the Trump Foundation.

“As our investigation reveals, the Trump Foundation was little more than a checkbook for payments from Mr. Trump or his businesses to nonprofits, regardless of their purpose or legality,” Underwood said in a statement. “This is not how private foundations should function and my office intends to hold the Foundation and its directors accountable for its misuse of charitable assets.”