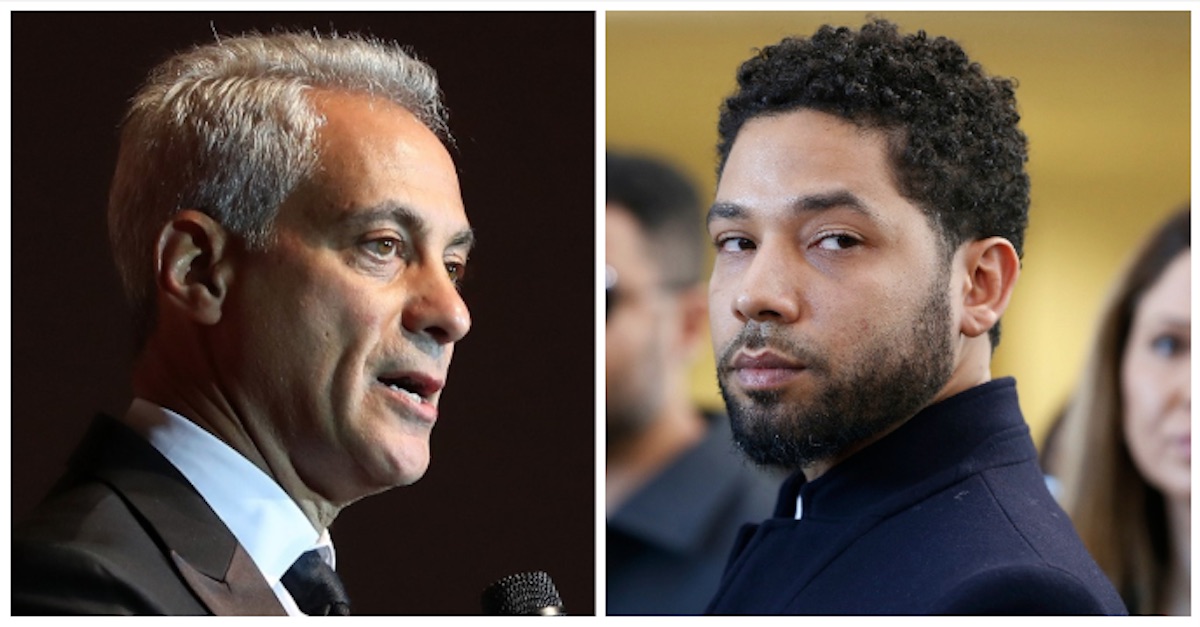 Chicago officials say they’re going to sue Empire actor Jussie Smollett over an alleged hate crime hoax. One of his lawyers told the city they’re ready to fight, and would want to depose top officials.

“In light of their apparent vested interest in the matter, we are confident that Mayor Emanuel and Superintendent Johnson will not object to providing their testimony under oath,” attorney Mark Geragos said in a letter obtained by Law&Crime.

Smollett claimed in January that he was attacked by two men in a racist, homophobic assault. He said they seemed to recognize him from his show Empire, yelled slurs, put a noose on him, poured bleach on him, and one yelled, “This MAGA country.” Skeptics called the story overblown.

Cops said in a press conference that they treated Smollett as a victim at first and investigated his complaint, but they claimed to find evidence that he paid two brothers $3,500 to help him fake the assault.

The alleged victim became a defendant, and he was indicted on 16 felony counts for allegedly filing a false report. Prosecutors then suddenly dropped the charges in a move that angered other city officials. Smollett maintains his innocence.

Chicago Police Superintendent Eddie Johnson continues to insist that Smollett is guilty. So does Mayor Raham Emanuel, who demanded the actor pay the city $130,106.15 for costs incurred as a result of the assault investigation. Emanuel has decided not to run for mayor again, paving the way for Lori Lightfoot. She will be sworn in on May 20.

Smollett’s week-long deadline to pay back the money came and went. Now the city says it plans on suing him.

This lawsuit remains hypothetical, and Geragos said they want to keep it that way.

“Mr. Smollett’s preference remains, however, that this matter be closed and that he be allowed to move on with his life,” he wrote.

Nonetheless, he argued that if the city does sue, they’ll demand a production of the entire investigation file, and insist on hearings being public. They also want to depose not only Johnson and Emanuel, but Smollett’s alleged collaborators Abimbola Osundairo and Olabinjo Osundairo.

Geragos argued that the lawsuit threats were “made maliciously and in bad faith.” He pointed out that the criminal charges were dismissed and the case sealed, and said there was a lack of an investigation between the dismissal of charges and the city’s demand for payment. He argued that the Osundairo brothers’ alleged confession to working with Smollett was “self-serving” and made after 47 hours of interrogation while detained and only after speaking to their lawyers.

He also argued that that municipal code doesn’t allow the city to sue Smollett after he already faced criminal charges.

“Our research discloses no cases in which the municipal ordinance has been used to try to get a second bite at the apple once charges against a criminal defendant have been dismissed,” he wrote. “Thus, despite your repeated claims that you want to treat Mr. Smollett like any other citizen, the 16-count indictment against him followed by threats of further prosecution clearly constitute disparate treatment.”

Rachel Stockman and Cathy Russon contributed to this report.