Judge Sides with Teen Threatened by Sheriff Over COVID Social Media Post: ‘The First Amendment Is Not a Game Setting for the Government to Toggle Off and On’ 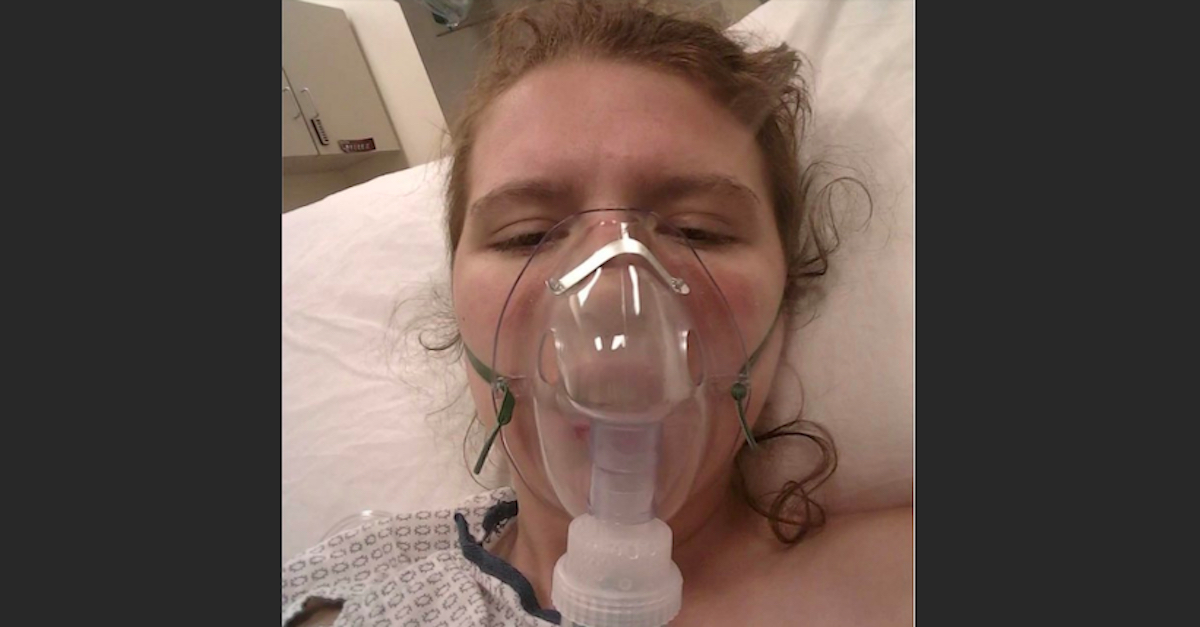 A federal judge in Wisconsin sided with a high school student in her lawsuit against a local sheriff who threatened her and her parents with jail time if she did not remove social media posts saying she had been hospitalized with COVID-19 during the early stages of the pandemic.

In a 13-page decision issued Friday in the U.S. District for the Eastern District of Wisconsin, Judge Brett Ludwig ruled that the Marquette County Sheriff’s Office had violated the constitutionally protected free speech rights of Amyiah Cohoon by demanding her to remove the post and threatening her with incarceration.

“The First Amendment is not a game setting for the government to toggle off and on. It applies in times of tranquility and times of strife,” wrote Ludwig, an appointee of former President Donald Trump. “While Defendants in this case may have believed their actions served the greater good, that belief cannot insulate them. Demanding a 16-year-old remove protected speech from her Instagram account is a First Amendment violation.”

The suit was filed on behalf of Cohoon by the Wisconsin Institute for Law and Liberty (WILL) and named Marquette County Sheriff Joseph Konrath and Sgt. Cameron Klump as defendants.

WILL attorney Luke Berg said Friday’s decision “underscores that First Amendment rights cannot be dispatched with in an emergency.”

“More importantly, law enforcement has no business trying to regulate the social media posts of local teenagers,” he added.

As previously reported by Law&Crime, after returning from a school trip to Florida with the Westfield Area High School band on March 15, then-16-year-old Cohoon began having trouble breathing. She went to the hospital but was told she could not be tested for COVID-19 due to stringent testing requirements. She was diagnosed with an “acute upper respiratory infection, unspecified,” prescribed an inhaler, and told to self-quarantine for 14 days.

The teen posted about her illness on Instagram three times, saying she would be out of school for a while due to “having the COVID-19.” After her symptoms worsened and she returned to the hospital she posted another photo showing her in a hospital bed with the caption “Winning the fight with Covid-19.”

Several days later, Sgt. Klump went to the Cohoon residence and told Cohoon’s parents that his office had received a complaint from the school’s superintendent about Amyiah’s posts, demanding she delete the pictures.

“Sergeant Klump stated that he had direct orders from Sheriff Konrath to demand that Amyiah delete this post, and, if she did not, to cite Amyiah and/or her parents for disorderly conduct and to ‘start taking people to jail,’” the complaint stated.

Klump’s incident report also stated that “Sheriff Konrath advised me he wished for me to respond to the residence and have the post removed from her social media,” and that Klump “advise[d] Richard [Cohoon] that if they were not willing to take the post down, that there would be the possibility of a County Ordinance Disorderly Conduct or being arrested for Disorderly Conduct.”

The school district also emailed parents saying that there was “NO truth” to a “rumor floating out there that one of our students contracted Covid-19 while on the band trip to Florida two weeks ago.”

“This was a foolish means to get attention and the source of the rumor has been addressed,” the message stated. “This rumor had caught the attention of our Public Health Department and she was involved in putting a stop to this nonsense. In times like this, the last thing we need out there is misinformation.”

Sam Hall, an attorney for the sheriff, told the Milwaukee Journal Sentinel that Cohoon’s posts were only meant to cause distress and panic among the district’s parents.

“This case is nothing more than a 2020 version of screaming fire in a crowded theater,” he said at the time, invoking an often misunderstood reference to speech not protected by the Constitution.

Hall had argued that the sheriff had probable cause to jail Cohoon under a statute’s “catchall disorderly conduct language” because her posts had caused “significant disturbance, anxiety, fear, concern, and even panic among other citizens.”

Ludwig rejected the assertion as a fundamental misunderstanding of the First Amendment.

“Defendants’ probable-cause argument dramatically understates the probable-cause analysis for disorderly conduct,” he wrote. “If accepted, Defendants’ position would largely gut the First Amendment’s protection for free speech, allowing police officers a free hand to wrongfully arrest anyone engaging in protected speech so long as the offending officer could point to a possible disturbance or perceived anxiety among those who opposed the speech.”

Hall did not immediately respond to an email from Law&Crime.