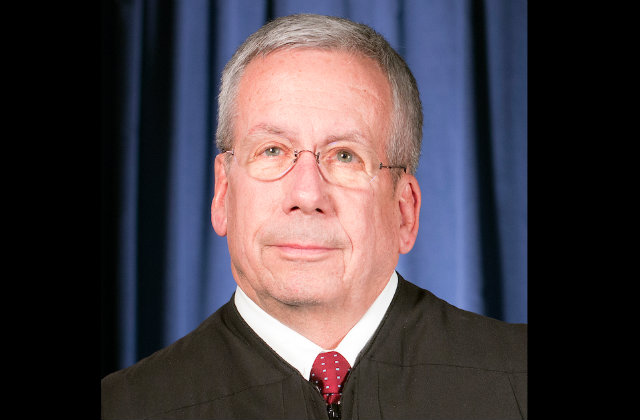 CLEVELAND (AP) — An Ohio Supreme Court justice and Democratic gubernatorial candidate said on Facebook that people should “lighten up” after deleting a previous post outlining his sexual history with women that drew widespread criticism for trivializing sexual harassment and sexual assault.

William O’Neill‘s original post on Friday criticized “the dogs of war” calling for Democratic Sen. Al Franken to resign after being accused of groping a woman during a USO Tour in 2006.

O’Neill wrote that he had been “sexually intimate with approximately 50 very attractive females” during his life and mentioned several encounters, including one in a hayloft of her parents’ barn.

O’Neill added another post Saturday afternoon that said he apologized if he offended anyone, “particularly the wonderful women in my life.”

Critics from both parties were swift to condemn the 70-year-old O’Neill, including Supreme Court Chief Justice Maureen O’Connor, a Republican, after Friday’s post. Some called for his immediate ouster from the court.

“No words can convey my shock,” O’Connor said in a statement on Friday. “This gross disrespect for women shakes the public’s confidence in the integrity of the judiciary.”

In an interview Saturday with The Associated Press, O’Neill said he doesn’t regret what he wrote and that he edited the original post and then deleted it after an online commenter called him insensitive for including information that could identify some of the women.

“I agreed with them and took it down,” O’Neill said. “I’m a gentleman after all.”

After deleting the Facebook post, he wrote another one that doesn’t discuss his sexual past but again references “the dogs of war” hounding Franken. That post says “sanctimonious judges” calling for him to quit should note his history as an Ohio assistant attorney general prosecuting sexual harassment cases.

“Lighten up folks,” the post concludes. “This is how Democrats remain in the minority.”

O’Neill said during Saturday’s interview that his message was misunderstood and that his civil rights history shows he’s not an “insensitive misogynist.” He said he wrote the original post because “the sensitive subject of sexual harassment” has led people to treat Franken and Alabama Senate candidate Roy Moore, a Republican, “in the exact same fashion.”

Moore has been accused of sexually assaulting teen girls in Alabama when he was a prosecutor in his 30s. Moore has denied the allegations.

Asked if he thought the furor would harm him politically, O’Neill said, “I think it’s clear it’s not going to help me. But sometimes when you’re right, you do have to stand alone. And I am right here.”

It’s uncertain whether O’Neill has a political future in Ohio. He has maintained that he would quit his nascent gubernatorial bid if fellow Democrat Richard Cordray decides to run.

Cordray announced his resignation as head of the federal Consumer Financial Protection Bureau earlier this week, an expected prelude to him entering the race.

O’Neill said he has spoken with Cordray in the last several days, but claimed they did not discuss the race. O’Neill is required to step down from the bench when his current term ends in January 2019 because of state age limits for judges.