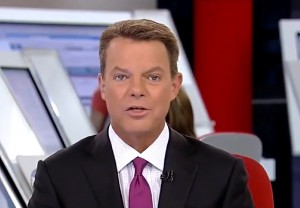 In a short Fox News alert, anchor Shepard Smith updated viewers on the U.S. Supreme Court decision not to reinstate provisions of North Carolina’s controversial voter ID law.  The Justices, in a split decision, decided to leave in place an injunction preventing the requirements from going into effect. The law would have required voters to present identification at the polls, reduced early voting and eliminated North Carlina’s “preregistration” practice.

However, Shep Smith got into some BIG trouble with his loyal conservative followers when he described the North Carolina law like this:  “North Carolina had put in one of those ‘you have to show an ID’ rules which so often in Republican states are designed to keep some minorities from being able to vote, and they tried to reduce the number of voting days,” Smith said during a Wednesday afternoon segment.

And, as Raw Story first pointed out, boy did the internet blow up at him. We’ll just paste a few responses.

@ShepNewsTeam are you kidding me. Fire Shep Smith. Rep put voter ID reqrmnts in place to ensure no vtr fraud. Dems did for their convention.

@BoudicaRides@USAHipster@shepsmith Shep likes to lie, he is a LIEberal

But, here’s the thing. The Fourth Circuit of Appeals actually did find that the North Carolina law was discriminatory against minorities. In fact, many courts have struck down similar laws in other states.

As we previously reported, Judge Diana Gribbon Motz said that they weren’t accusing Republican lawmakers who pushed the policy of “racial hatred,” but the panel did find the law unfair to blacks and other minorities

She wrote in the decision:

“Although the new provisions target African Americans with almost surgical precision, they constitute inapt remedies for the problems assertedly justifying them and, in fact, impose cures for problems that did not exist.

Many courts have also found little evidence that voter fraud is “rampant.” Maybe the trolls should apologize to Shep? Doubtful.