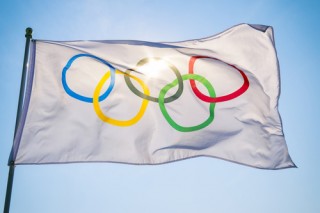 Political candidates aren’t the only ones who promise big and deliver small.   Last week, after learning that Moscow had promulgated and then later concealed widespread doping practices, the International Olympic committee (“IOC”) vowed the impose “the toughest sanctions available” on Russia. That sure sounded like an appropriate response to what the IOC’s president characterized as “a shocking and unprecedented attack on the integrity of sport and on the Olympic Games.”   The only problem is that the IOC didn’t exactly stick the landing.

Today, the IOC released an official ruling: it will be be up to each individual sporting federation to determine whether to allow Russian athletes to compete in their respective events. So when the IOC promised “the toughest sanctions possible,” I guess it meant “toughest” as some kind of sport-addled hyperbole, in the way football plays are always “unbelievable” or every basketball championships is “epic.”

In passing the buck to the International Federations, the IOC pointed to the importance of the athletes’ due process rights. While “all Russian athletes seeking entry to the Olympic Games Rio 2016 are considered to be affected by a system subverting and manipulating the anti-doping system,” there’s just not enough time to carry out a detailed investigation and related judicial proceeding before the games begin in 12 days.

It’s certainly true that 12 days is insufficient time to conduct a major investigation; but the IOC’s decision not to decide on that basis underscores a fundamental flaw in its overall logic about the Olympic Games. It is no one’s right to participate in the Olympics.   Competing against the planet’s best athletes on a powerful and sacred world stage is an amazing privilege for which many dedicated individuals train for a lifetime. But it’s still just that – a privilege.   And the thing about privileges is that they don’t trigger guarantees of due process in the same way that actual rights do. If the IOC had decided to ban every Russian athlete from the Rio Games, it could have done so. Its choice to avoid international fallout by diluting the issue into hundreds of mini-decisions may have been diplomatic – but was by no means mandated by a responsibility to ensure due process. In everything from schoolyard games to professional sports, cheating is grounds for dismissal; the Olympics are no different. In fact, a traditional coming-together of international competitors is the context in which a no-tolerance policy for illegality is most appropriate. Breaking down Russia’s behavior into a series of sport-specific examinations dilutes the very essence of the offense. This isn’t about track and field, or about specific drug tests; this is about cheating.  Whether we believe the IOC’s response was responsibly cautious or not, I think we can all agree that it’s not even approaching “the toughest sanctions available.”

I can’t help but consider the extent to which the IOC was affected by Vladimir Putin’s statements about Russian’s apparently widespread doping. According to Putin, the IOC’s very inquiry signaled a dangerous return to politics interfering with sport that is approaching the boycotts of the 1980 and 1984 Olympics motivated by the Soviet Union’s entry into Afghanistan. The analogy, obviously, is totally misplaced, as those were independent boycotts motivated by unrelated political issues. This is neither a boycott nor unrelated. Russia’s behavior is called “cheating,” and any corresponding ban by the IOC simply would be called “consequences.”

The IOC did get it right when it denied Iuliia Stepanova’s request to compete as a “neutral athlete.” As a whistle-blower, Stepanova certainly deserves the gratitude of the IOC for speaking up about unsafe and unfair practices. But given that she didn’t step forward until after she’d been caught illegally doping, it’s hardly surprising that the IOC found that Stepanova failed to “satisfy the ethical requirements for an athlete to enter the Olympic Games.”