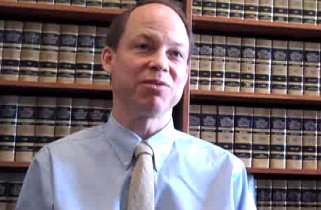 This week finally brought formal recall efforts against Judge Aaron Persky, who gave Brock Turner a light sentence for sexual assaulting an unconscious woman behind a dumpster. If he’s leaving the bench, however, he’s getting pried off. The judge defended his decision, saying he was just following the probation department’s recommendation.

“California law requires every judge to consider rehabilitation and probation for first-time offenders,” Persky wrote in a Friday filing with the Santa Clara County Registrar of Voters. “It’s not always popular, but it’s the law, and I took an oath to follow it without regard to public opinion.”

The San Francisco Chronicle first broke the news on his response to recall efforts.

For months, activists have called for Persky’s job. Even a male juror wrote him: “Shame on you.” Critics often suggested that Turner got a slap on the wrist because he was white and from a well-to-do background. For her part, victim “Emily Doe” shredded the six-month sentence, saying the perpetrator didn’t truly feel sorry for it.

“The probation officer’s recommendation of a year or less in county jail is a soft time-out, a mockery of the seriousness of his assaults, and of the consequences of the pain I have been forced to endure,” she wrote after sentencing hearing. “I also told the probation officer that what I truly wanted was for Brock to get it, to understand and admit to his wrongdoing. Unfortunately, after reading the defendant’s statement, I am severely disappointed and feel that he has failed to exhibit sincere remorse or responsibility for his conduct.”

Opponents, led by Stanford University law professor Michele Dauber, started recall efforts Monday by filing with the registrar. By March 9, 2018, they have to accomplish the following: 1) They must collect almost 59,000 signatures; 2) These have to be recognized by election officials; and 3) the Santa Clara County Board of Supervisors must issue a resolution scheduling a special election to take place June 5, 2018.

[Screengrab via The Recorder]