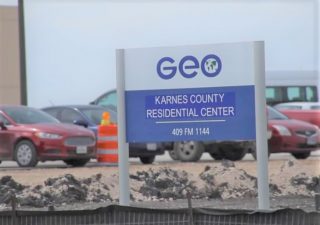 Over the summer, Secretary of Homeland Security Jeh Johnson asked his department’s Advisory Council to look into the government’s use of private detention centers for immigrants. The purpose of the examination was to see whether the U.S. should continue to use private facilities for people including immigrants who are guilty of crimes, those waiting to be deported, and people coming into the country seeking asylum. While recognizing the problems with the current system, the council ultimately decided that right now, it’s best to continue using private detention centers, according to a draft of the panel’s report obtained by The Washington Post.

“Much could be said for a fully government-owned and government-operated detention model, if one were starting a new detention system from scratch,” the draft said. However, the report still recognized that since they are not starting from scratch, it just isn’t practical at the moment.

Among the primary reasons for keeping private facilities is due to “surges in migration flows,” as the draft report put it. Roughly 65 percent of immigrants in detention centers are in privately run facilities, and nine of the ten largest centers are private. With more and more immigrants coming in from places like Haiti and Central America, the Homeland Security panel reportedly felt there was simply no better way to handle the situation than to leave it as is.

The situation likely won’t get easier any time soon. As the Post‘s Chico Harlan pointed out, the immigrant detainee population could skyrocket if President-elect Donald Trump moves forward with his plan to deport millions of undocumented immigrants.