Harvard Law Prof: Trump’s Handling of Immigration Order Could be Grounds for Impeachment 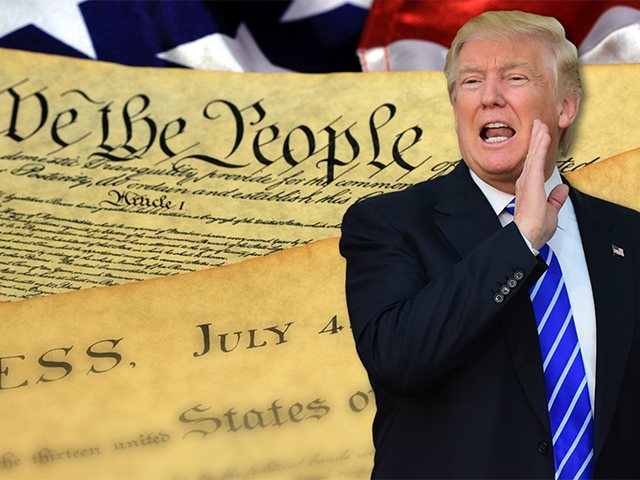 Constitutional Law Professor Laurence Tribe, a renowned professor at Harvard Law School, believes that President Donald Trump‘s handling of the litigation surrounding his controversial executive order on immigration could end up being grounds for impeachment.

Tribe is specifically referring to allegations that the Trump administration purposely slow walked a Virginia judge’s order to provide travelers detained at Dulles airport last weekend with lawyers. The report alleges that guards were instructed to give phone numbers of legal services organizations, instead of providing the travelers access to the dozens of immigration lawyers who had showed up the airport.  The State of Virginia is attempting to hold the immigration officials, and perhaps even Donald Trump himself, in contempt of court for failing to comply with the order.

The Department of Homeland Security’s Office of the Inspector General is reportedly also investigating after complaints that Customs and Border Protection defied court orders.

So how could all of this be grounds for impeachment? “This could well be deliberate and knowing failure by the President to comply with a facially lawful court order,” Professor Tribe explained to LawNewz.com.  He continued:

There is no modern example of this – Nixon turned over tapes, as ordered, leading to the introduction of articles of impeachment against him and his resignation.   Deliberately disobeying the order of a federal court could amount to criminal contempt of court, which might be found by the House to be a high crime or misdemeanor.  Likewise, if, as reported, officials utilized conference calls instead of written documents they otherwise would have, in order to implement the plan of disobedience to the court’s order, that might amount to obstruction of justice as defined by the federal statute which, again, the House might determine is a high crime or misdemeanor.

According to the Politico report, at least four hours after the Virginia judge’s order came down, Todd Owen with Customs and Border Protection, had a conference call to deliver guidance on how to implement the order.

Tribe pointed to the landmark 1966 desegregation case, Griffin v. Prince Edward County, where the 4th circuit court ruled that “secret government manipulation of the status quo (there, involving school vouchers rather than visas) designed to undercut the full efficacy of a not-yet-issued injunction may be prosecuted as criminal contempt of court.”

As for the latest order by a federal judge in Seattle, the Trump administration so far appears to be complying, though the President has made some pointed remarks blasting the Seattle judge on Twitter which have drawn scrutiny, including calling James Robart a “so-called” judge. Some have surmised that Trump is “testing the waters” to see if there is enough national support for him to defy the judge’s nationwide temporary restraining order altogether.  So far, the Trump administration has given no indication that they plan to do that. The Justice Department is scheduled to file briefs with the 9th Circuit appealing the TRO this afternoon.

Under Article II, Section 4 of the U.S. Constitution, a President can be impeached upon the “Conviction of, Treason, Bribery, or other High crimes and Misdemeanors.”

According to the Constitution, the House must bring formal charges against the federal official, and then the procedure moves to the Senate, which acts as the trier of fact. They ultimately make the decision on whether to remove Trump, which requires a two-thirds majority of the Senate.