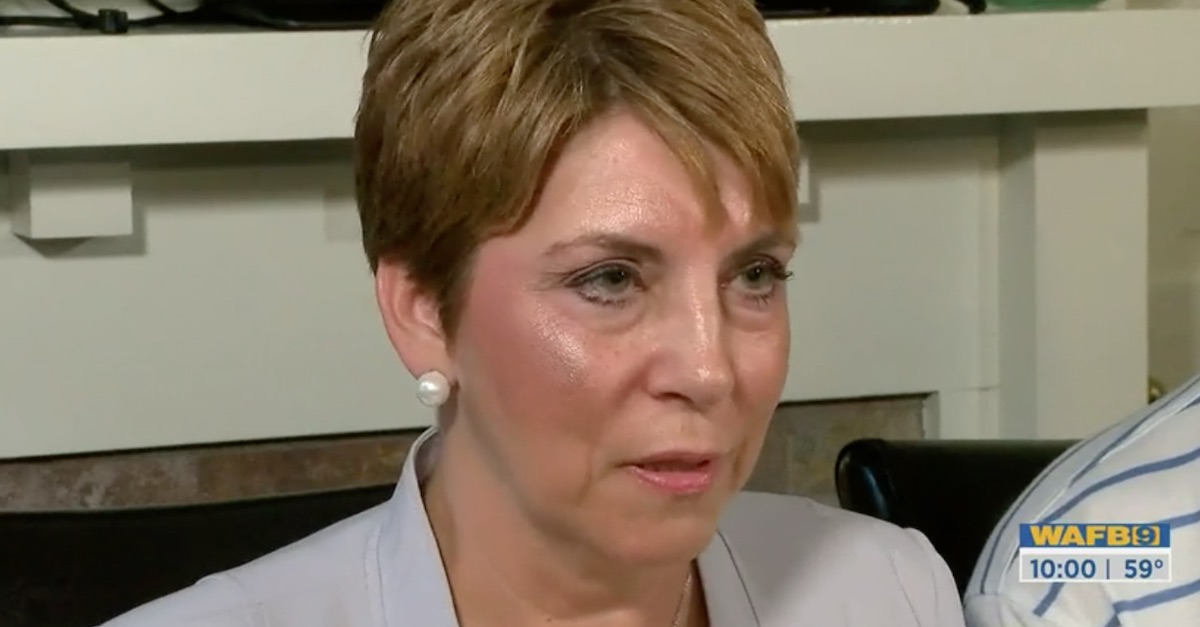 Louisiana Governor John Bel Edwards on Wednesday called for the resignation of a district judge who admitted to directing racial slurs at a sheriff’s deputy and court clerk, both of whom are black.

Edwards said 23rd Judicial District Judge Jessie LeBlanc could no longer be counted on to discharge her duty from the bench in an unbiased and fair-minded manner.

“The admitted and repeated use of racial slurs by a judge who has taken an oath to administer justice fairly and impartially is wrong, period,” the Democratic governor said in a statement.

In an interview with local news outlet WAFB-TV on Sunday, LeBlanc–who is white and whose last name literally means “the white”–admitted to calling Assumption Parish Deputy Bruce Prejean and a law clerk in her district the n-word during a heated exchange.

“There is never any circumstance or context in which such derogatory and degrading language is okay,” Edwards continued. “Sadly, inequities still exist in society and in our judicial system. Judge LeBlanc has compromised her ability to preside as a judge, and she has damaged the judiciary. The people of the 23rd Judicial District and our state deserve better.”

LeBlanc, who had previously had an affair with Prejean while both were married to other people, apologized for using racial slurs, saying she “never should have said it.” Despite all of this, she told WAFB reporter Scottie Hunter that she has no intention of resigning before her term is up in December, and in fact plans on seeking another term.

LeBlanc also said that despite the incident, she does not consider herself to be a racist in any way.

“It doesn’t matter who you are… that’s how I was raised,” she said. “I was not raised to treat someone based upon the color of their skin. So, to those people, I tell them, yes, I made a horrible decision in using those slurs toward those people. I ask for forgiveness from them. I’ve asked for forgiveness from my God. And, I know that I am not a person that bases you off the color of your skin.”

She said her words were not reflective of her personality and that she has “many African American friends.”

LeBlanc’s lawyer Jill Craft said her client’s slurs were “terrible” and inexcusable, but asked: where does this all end?

“My concern globally is one of where do you draw the line? Does that mean that every judge in the state has to sign an affidavit under oath that they’ve not used the n-word or they’ve not referred to women as the c-word or the b-word or gay people in a derogatory fashion and, if they have, are they automatically disqualified from cases involving women, African Americans, Hispanics, or gay people?” she told the local news outlet.

When asked if she had ever used used the n-word on any previous occasion, LeBlanc “seemed to stumble over her own words,” while trying to answer, according to the report.

“Not in a – no – not – no – not in a – no – I have not used that racial slur in the past,” she replied. “This was in a moment of a heated exchange that was private between Bruce and one I that I never dreamed would have come out to the public.”

In addition to Gov. Edwards, Baton Rouge NAACP President Eugene Collins and the Louisiana Legislative Black Caucus have also called for LeBlanc to step down from the bench.