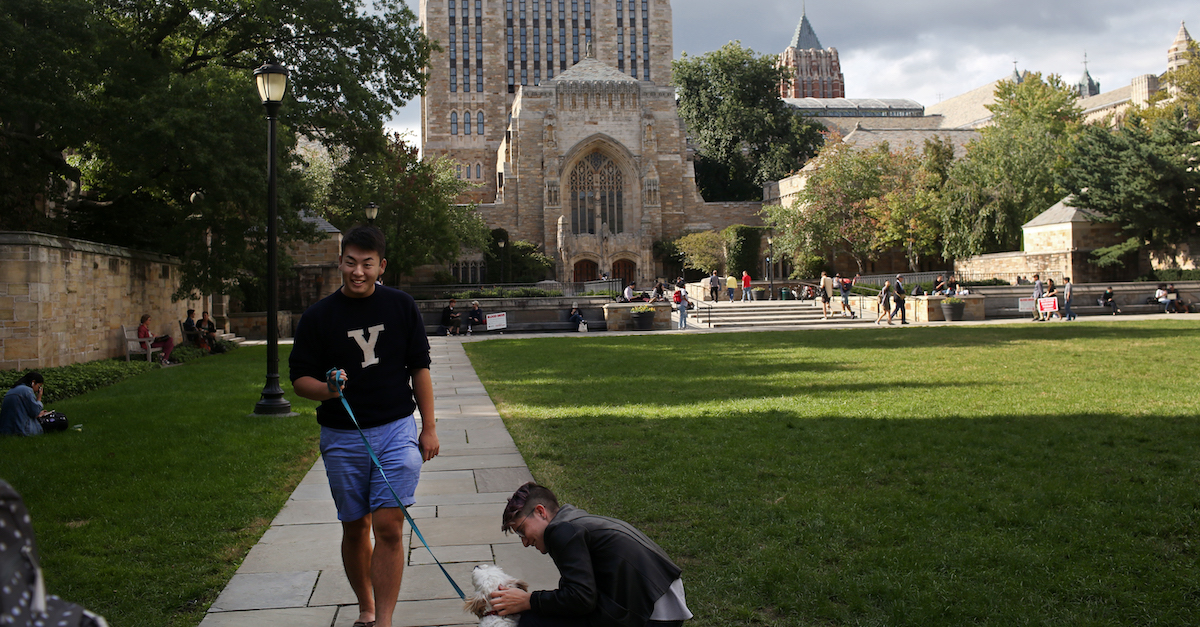 Sen. Josh Hawley (R-Missouri) said that Yale Law School may be a private institution, but because it receives federal money, it must stop “targeting religious students for special disfavor.”

“I request that your Department protect the rights of these students by monitoring closely the changes Yale is making to its policy and by taking all appropriate legal action to strip Yale of federal funding should it—as an institution that is supposed to be neutral about religion—target religious students for special disfavor,” Hawley wrote in his letter to Barr.

The policy Hawley is referring to was most recently criticized by Sen. Ted Cruz (R-Texas), who threatened a Senate Judiciary Committee investigation. The controversy boils down to this: Yale Law School said it wouldn’t financially support student employment positions “unless they are open to all of our student body.”

According to the New Haven Register, the Yale Law School policy change happened after a lawyer with the Alliance Defending Freedom was invited by the Yale Law School Federalist Society to “speak about the 2018 Supreme Court decision in which the court voted 7-2 that Masterpiece Cakeshop of Colorado was not required to bake a wedding cake for a gay couple because of the owner’s religious beliefs.”

“We recently decided that the Law School will require that any employment position it financially supports be open to all of our students. If an employer refuses to hire students because they are Christian, black, veterans, or gay, we will not fund that position,” the school said. “We are in the process of putting this policy in place. It will solely concern hiring practices. It will not inquire about political goals, litigation strategies, or policy objectives of the organization. It will also include an accommodation for religious organizations and a ministerial exception, consistent with antidiscrimination principles.”

“Equality is foundational to our profession and the education of our students. Yale Law School does not discriminate on the basis of religion, nor on the basis of race, gender, veteran’s status, sexual orientation, or gender identity,” the school statement added. “We extend that protection to the career services and financial support we provide our students and their prospective employers. For decades, Yale Law School has required employers who recruit at the Law School to certify that the positions they offer are open to all of our students.”

The school said students “can and do work for any organization they choose,” whether they are “Jewish, Catholic, Muslim, liberal, and conservative.” At the same time, the school said, “We cherish and value all of our students no matter whom they love, where they worship, or how they vote. That’s why we cannot, consistent with our nondiscrimination policy, subsidize employers who discriminate among them.”

Sen. Hawley claimed in his letter, on the other hand, that there is a “real risk that whatever definition of ‘religious organization’ Yale promulgates will be unreasonably narrow, giving the false impression that Yale is protecting religious students while it is in reality capitulating to the demands of student protesters who want to target certain religious classmates for special disfavor.”

Law&Crime has reached out to Yale Law School for comment on Hawley’s letter.You can read the full letter below.