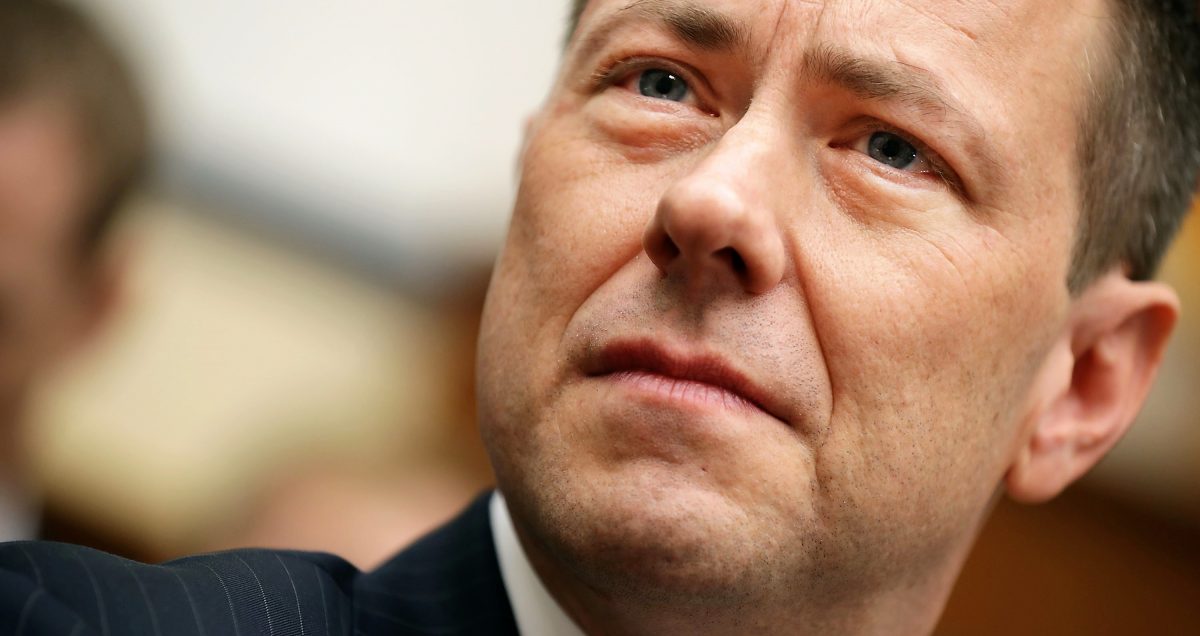 Because it is apparently the thing to do immediately after someone well-known is let go from the FBI under suboptimal circumstances, people are already raising money for fired FBI agent Peter Strzok.

Just as was the case with former Deputy FBI Director Andrew McCabe, a GoFundMe campaign has been started for Strzok, and there is a lengthy post accompanying it.

Strzok was called “a proud husband and father, a veteran of the U.S. Army and counterintelligence Special Agent who spent more than two decades in a job he loved at the FBI,” which he was fired from on Monday.

The reason given for the fundraising was “Pete’s hefty – and growing – legal costs and his lost income.” The funds will purportedly be held in a trust so they can be used to cover those costs.

Strzok’s firing was ordered on Friday despite the recommendation of a lesser punishment, leading Strzok’s lawyer Aitan Goelman to say it was evidence the FBI had caved to “political pressure.”

“The decision to fire Special Agent Strzok is not only a departure from typical Bureau practice, but also contradicts Director Wray’s testimony to Congress and his assurances that the FBI intended to follow its regular process in this and all personnel matters,” Goelman said. “[T]he decision to terminate was taken in response to political pressure.”

Strzok eventually appeared before Congress to answer questions about these texts and more. We all know how that went.

President Donald Trump celebrated the firing of a frequent Twitter target of his on Monday.

Agent Peter Strzok was just fired from the FBI – finally. The list of bad players in the FBI & DOJ gets longer & longer. Based on the fact that Strzok was in charge of the Witch Hunt, will it be dropped? It is a total Hoax. No Collusion, No Obstruction – I just fight back!

Just fired Agent Strzok, formerly of the FBI, was in charge of the Crooked Hillary Clinton sham investigation. It was a total fraud on the American public and should be properly redone!

He also called for the investigation into Clinton’s emails to be “redone.”