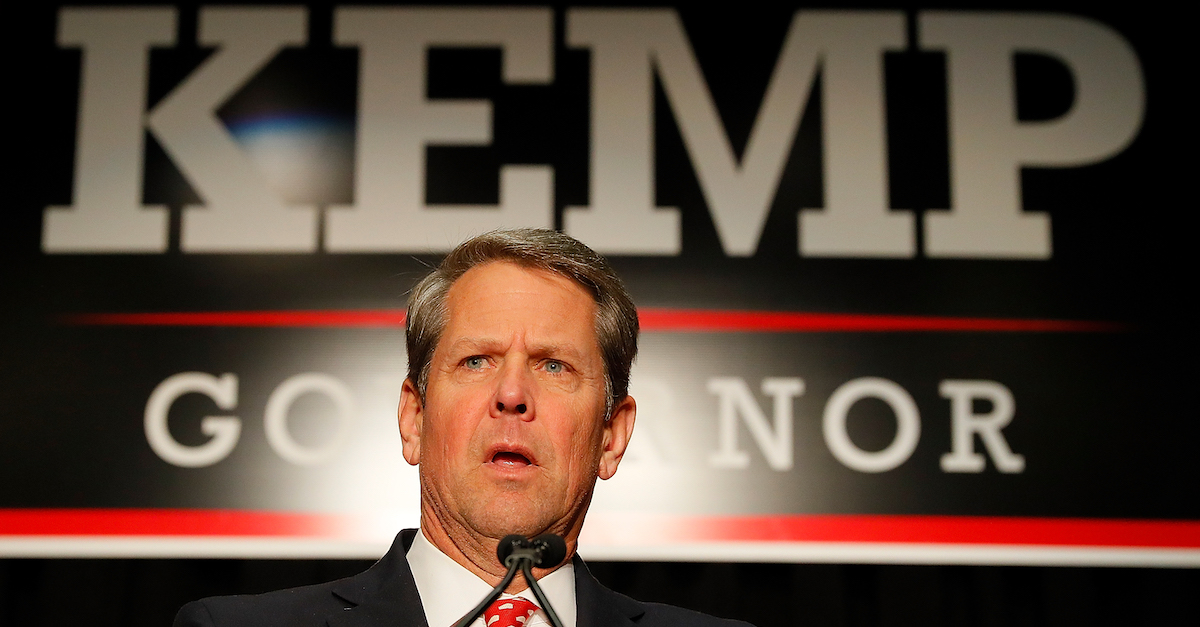 A federal judge on Tuesday found that Gwinnett County, Georgia violated the Civil Rights Act due to its improper handling of absentee ballots during last week’s midterm elections. Those ballots must now be counted.

The opinion goes on to reiterate this point on several occasions.

“Plaintiffs…have met their burden in showing a substantial likelihood of success on the merits with respect to their claim that Gwinnett County’s practice of rejecting absentee ballots based solely on an omitted or erroneous birth year violates the Civil Rights Act,” the decision asserts. “In light of the foregoing, the Court finds that Plaintiffs have established a substantial likelihood of success on the merits on their claim that Gwinnett County violated the Civil Rights Act in rejecting absentee ballots solely on the basis of a missing or incorrect year of birth.”

Judge May’s order details why the Civil Rights Act was violated in this instance.

[T]he Civil Rights Act forbids the practice of disqualifying voters “because of an error or omission on any record or paper relating to any application, registration, or other act requisite to voting, if such error or omission is not material in determining whether such individual is qualified under State law to vote in such election.” This particular addition to federal law was “intended to address the practice of requiring unnecessary information for voter registration with the intent that such requirements would increase the number of errors or omissions on the application forms, thus providing an excuse to disqualify potential voters.”

In other words, Judge May is addressing Civil Rights Act procedures intended to frustrate Jim Crow-era red tape that was intended to disenfranchise African-Americans and other historically disadvantaged voters by placing excessive administrative barriers to the ballot.

[A]n elector’s year of birth is not material to determining the eligibility of an absentee voter. To begin, “the only qualifications for voting in Georgia are U.S. Citizenship, Georgia residency, being at least eighteen years of age, not having been adjudged incompetent, and not having been convicted of a felony.” Accordingly, a voter’s ability to correctly recite his or her year of birth on the absentee ballot envelope is not material to determining said voter’s qualifications under Georgia law. Indeed, Defendants acknowledged in a prior briefing that Georgia law only requires that a “county election official can confirm the identity of the voter with the information that is provided.”

The decision grants the plaintiffs an emergency temporary restraining order which forbids Gwinnett County “from rejecting absentee ballots containing an error or omission relating to the absentee voter’s year of birth.”

In effect, this means that Gwinnett County will have to accept the “narrow set of ballots” affected by Tuesday’s ruling.

This decision–which is being hailed as a victory for Democrat Stacey Abrams and a defeat for Republican Brian Kemp–is almost certain to delay the certification of the final vote tally in Georgia’s razor-thin gubernatorial election. Though Judge May’s decision is unlikely to change the outcome of the gubernatorial race barring other developments, the decision could potentially swing another close race between GOP Representative Rob Woodall and Democratic challenger Carolyn Bourdeaux.

Judge May declined to find for the plaintiffs on those additional claims. The decision therefore, is only a partial victory for voting rights advocates.