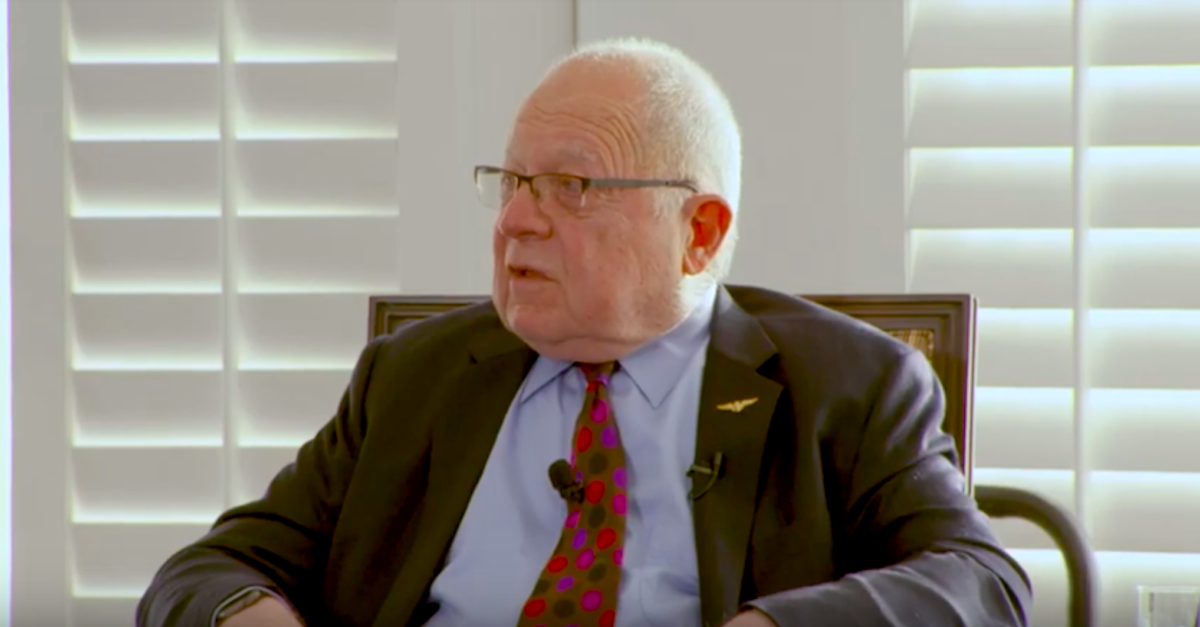 Defense attorney F. Lee Bailey isn’t very happy about how his former client O.J. Simpson has been treated by the media, and he was quite clear about where he places the blame. In an appearance on the “Morano Whenever” podcast on Thursday, Bailey accused Jewish people in Hollywood and New York of hurting the reputation of the man found civilly liable for the deaths of Nicole Brown Simpson and Ronald Goldman after a jury acquitted him of murder in a criminal trial.

Here’s what Bailey had to say to host and radio personality Frank Morano:

I’m sorry to say, there is on New York’s publisher’s row a policy now, if you publish anything about O.J. and it’s favorable, it won’t sell and we won’t push it. And in Hollywood, if you do a portrayal that’s favorable to O.J. Simpson we won’t fund it. So some of the people who claim that most of their lives they’ve been subjected to horrible kinds of prejudice, and indeed extermination during World War II, are now behaving in exactly the same totalitarian spirit by suppressing the one thing this country has to be proud of when all is said and done, and that’s an unfettered free press. And they have done it within the corporate structure without ever causing a court to take a look at it.

The relevant part of the audio can be found at the 30:25 point in the podcast, which you can listen to here:

Bailey went on to talk about how, in researching a new book he wrote about the Simpson case, he spoke to people who insisted that Simpson was guilty of murder but did not watch the trial itself. Bailey claims that the only people who have bad things to say about Simpson are those who got their information from the media.

People who watched the whole trial “don’t disparage O.J.,” he said. “Other than Fred Goldman.”

A Town&Country feature on Bailey from 2017 described how his life took a turn for the worse since the Simpson trial, including a bankruptcy and being disbarred. In Thursday’s podcast, Bailey said his role in the Simpson trial was “the bedrock reason why the government … went after my license.”