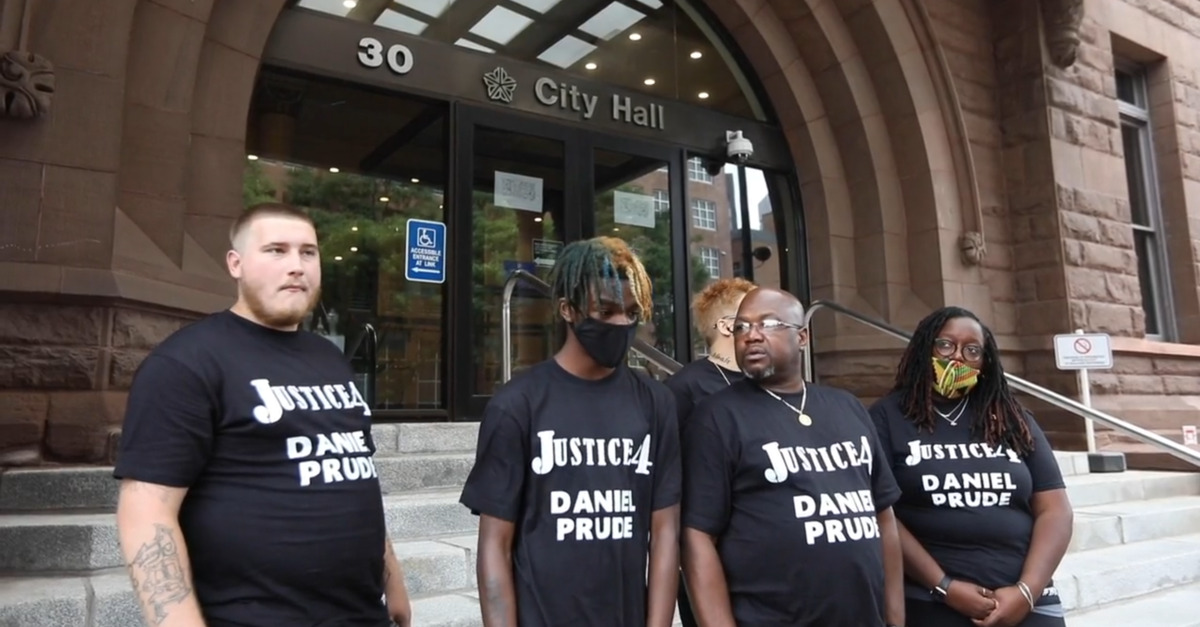 UPSTATE NEW YORK — The entire command staff of the Rochester Police Department retired on Tuesday after continued criticism over the controversial killing of Daniel Prude.

“As a man of integrity, I will not sit idly by while outside entities attempt to destroy my character,” Rochester Police Chief La’Ron Singletary said in his open resignation letter.

“The events over the past week are an attempt to destroy my character and integrity,” he accused. “The members of the Rochester Police Department and the Greater Rochester Community know my reputation and know what I stand for. The mischaracterization and the politicization of the actions that I took after being informed of Mr. Prude’s death is not based on facts, and is not what I stand for.”

Prude, a Black man suffering from mental health issues, was killed by Rochester police in March but his death was only made public knowledge last Wednesday when family members gave a press conference that featured a shocking video of the 41-year-old being forced into a spit hood before he died from lack of oxygen.

In the footage, Rochester officers can be seen placing the hood over the unarmed man’s head before pressing his face into the pavement for two minutes. He appeared to make one effort to stand up after being handcuffed face-down–but did not seem to resist arrest. The incident occurred after Prude was found naked on a street.

Prude’s death was ruled a homicide by the Monroe County Medical Examiner’s Office, which attributed his cause of death to “complications of asphyxia in the setting of physical restraint.”

Black Lives Matter protests ensued after the video was released–accompanied by calls for the city’s top brass to resign. Critics claimed the months of initial silence equated to a cover-up spanning both the police department and elected officials at city hall.

“I know that there is a rhetoric that is out there that this is a cover-up,” Singletary previously said. “This is not a cover-up.”

On Tuesday, Singletary was among a number of the city’s top cops who “retired.”

“I do want to inform you that the entire Rochester Police Department command staff has announced their retirement,” Rochester Mayor Lovely Warren said during a Zoom conference call on Tuesday afternoon. “That includes the police chief. That includes Commander Deputy Chief [Joseph] Morabito. I believe that also [includes] Deputy Chief [Mark] Simmons. And there may be a number of others that will decide to leave as well and retire.”

According to local NBC affiliate WHEC, Commander Fabian Rivera is also retiring and Commander Henry Favor is stepping down from his leadership post but will retain his employment with the department at “his previous rank of lieutenant.”

Black Lives Matter protesters are celebrating the decisions as a victory for the racial justice movement.

In a Facebook post, local Black Lives Matter group Free The People Roc addressed Singletary’s departure, which is scheduled to occur on September 29.

“We accept Police Chief La’Ron Singletary’s resignation and the resignations of the entire RPD Command Team,” the group said. “Our movement for justice is winning, and it’s because of this incredible community, showing up night after night.”

The statement went on to call Prude’s death a “murder” and “cover up.”

“Let’s keep the pressure up until all those responsible for Daniel Prude’s murder and cover up—including Mayor Lovely Warren—have resigned, taken responsibility, and donated their pensions to the families they allowed to be harmed,” the post continued. “Together we have the ability to hold those in power accountable and bring an end to systemic police violence in our community.”