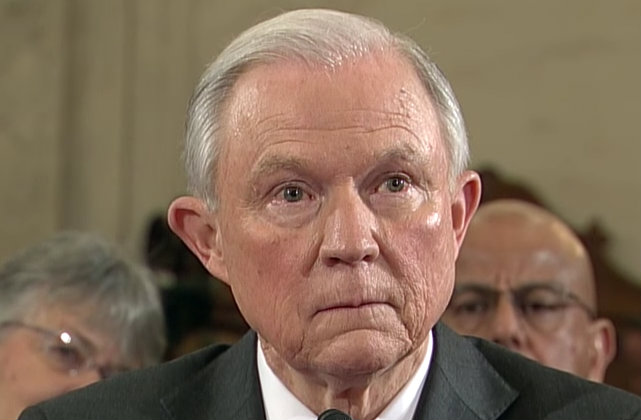 Earlier this week, Attorney General Jeff Sessions released a memo introducing a new Justice Department policy on prosecutions. Both the ACLU and former AG Eric Holder aren’t happy about it. The memo says, “prosecutors should charge and pursue the most serious, readily provable offense.” This is a significant pivot away from the DOJ’s previous practice of avoiding mandatory minimum sentences for lesser, non-violent drug offenses where possible.

The policy announced today is not tough on crime. It is dumb on crime. It is an ideologically motivated, cookie-cutter approach that has only been proven to generate unfairly long sentences that are often applied indiscriminately and do little to achieve long-term public safety.

Sessions’ memo does recognize that this policy shouldn’t necessarily be followed in every situation, but he says that any such decision has to be authorized by a supervisor, Assistant Attorney General, or U.S. Attorney, with the reasons recorded in the case file.

Udi Ofer, Director of the American Civil Liberties Union’s Campaign for Smart Justice, criticized Sessions’ shift away from Holder’s philosophy, saying, “Jeff Sessions is pushing federal prosecutors to reverse progress and repeat a failed experiment — the War on Drugs — that has devastated the lives and rights of millions of Americans.” Ofer said that the new policy will harm communities and set minorities “on a vicious cycle of incarceration.” He added that past results have shown that hardline tactics like Sessions’ don’t work, and that the American people want “commonsense reforms” to criminal justice, “not a return to the draconian policies that have already cost us too much.”