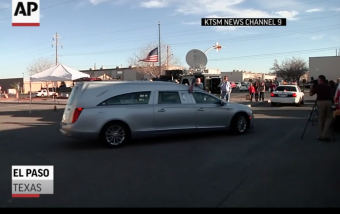 When Justice Scalia was found dead last Saturday at Cibolo Creek Ranch near Marfa, Texas, authorities sprang into action. They soon learned that the two county justices of the peace, whose job includes acting as the county coroner, were out of town. They reached another official, Presidio County Judge Cinderela Guevara, who pronounced Justice Scalia dead, over the phone, based on information communicated by those at the ranch. She then had to determine whether to call for an autopsy. After speaking with local and federal law enforcement and, later in the day, Justice Scalia’s personal physician, she was apparently satisfied that no autopsy was warranted, particularly because there was no evidence of foul play.

Former death investigator Joseph Scott Morgan is troubled that, at least according to what is publicly known, a limited examination did not occur. Morgan, who spent more than 20 years investigating deaths in Louisiana and Georgia, and authored a memoir about his career, believes that, at a minimum, a thorough external examination should have been done, together with collection of bodily fluids for testing. If nothing else, that would put to rest conspiracy theorists.

“Cases like this show you need a solid system. He was found dead; it was not a witnessed death. That is very troubling to me,” he told LawNewz.com.

Once Judge Guevara determined that an autopsy wasn’t required, it became a discretionary decision of Justice Scalia’s family. They could have asked for a private autopsy but chose not to, and were completely within their rights in doing so.

Details about Justice Scalia’s health are confidential because of medical secrecy laws though there are reports that he suffered from high blood pressure and was not strong enough to undergo shoulder surgery close in time to his death. He had seen his doctor twice in the days before traveling to Texas.

What is a death investigation?

Death investigations examine the circumstances surrounding sudden and unexplained deaths. They are not necessarily criminal though law enforcement may be involved. A medicolegal death investigator represents the coroner’s or medical examiner’s office—a public office that operates independently of the police.

How are death investigations managed across the country?

Each state has its own system for handling death investigations.

What is the difference between a coroner and a medical examiner?

Generally coroners are elected officials who are not physicians. Coroners will consult a physician—typically with a specialty in forensic pathology—if an autopsy is required. Medical examiners are physicians appointed to the position and are usually board-certified as forensic pathologists.

In Texas, a justice of the peace who acts as a coroner is elected to four-year terms. The medical examiner is an appointed physician. While it is not mandatory that the physician have training in pathology, it is strongly recommended.

In Texas, when is an investigation required?

Under the Texas Criminal Procedure Code, Section 49.04, there are a number of scenarios that call for an investigation. One is where a “person dies without having been attended by a physician.” The death of Justice Scalia technically fits this definition.

In Texas, who decides whether to order an autopsy?

Stay with LawNewz.com for updates on this investigation.