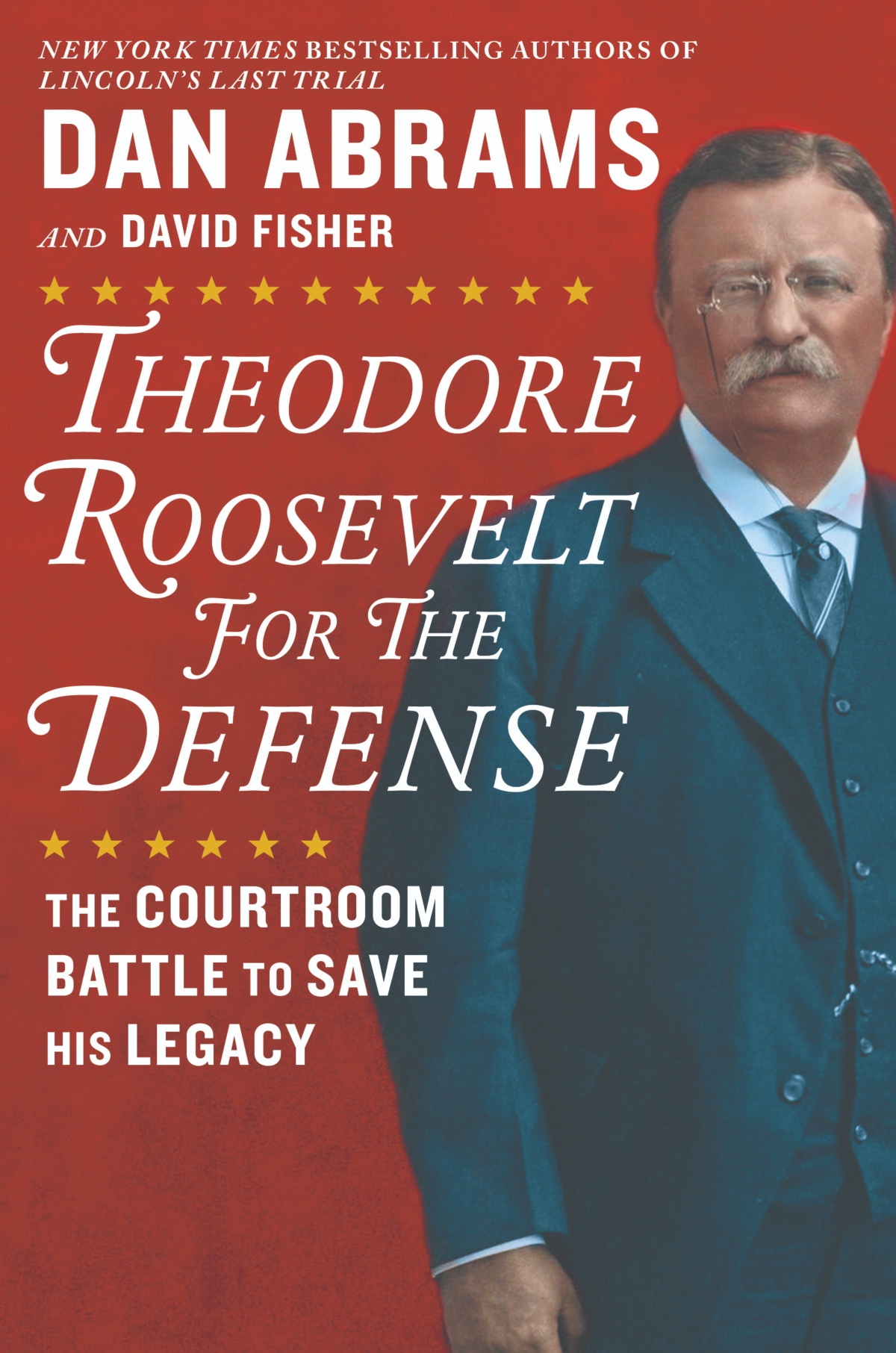 Law&Crime founder Dan Abrams is writing a new book with David Fisher, and it’s called Theodore Roosevelt for the Defense: The Courtroom Battle to Save His Legacy. It’s out May 21, 2019.

On one side, former President Theodore Roosevelt. On the other, plaintiff and former friend William Barnes, a leader in the Republican party.

“No more dramatic courtroom scene has ever been enacted,” reported the Syracuse Herald on May 22, 1915. Barnes sued his former friend Roosevelt after the ex-POTUS accused him of political corruption. If successful, the lawsuit could have financially ruined the Rough Rider and more importantly ended his future political aspirations.

Using court transcripts, news reports, and other sources, Abrams and Fisher examine a tense political climate, a United States linked to armed conflict all over the globe, and a pugnacious former president known for suing the media during and after his time of office. It turns out that very little has changed in 103 years.

The result of this trial would go onto change the legacy and political careers of both sides. Roosevelt, after all, was rumored to be considering another run for the White House. Barnes, former Chairman of the New York Republican State Committee, wanted to run for the U.S. Senate.

Over 50 newspapers covered the trial, and had their eyes on the stand when Roosevelt testified for over a week.

Roosevelt for the Defense is now available for pre-order on Amazon, Apple Books, Barnes & Noble, Google Play, and Kobo.