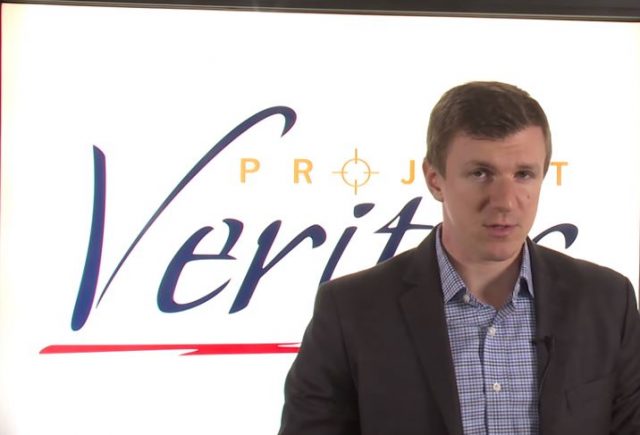 A federal court ruled in favor of James O’Keefe‘s conservative group Project Veritas, in a case where one of their employees allegedly used a fake name and posed as a college student to infiltrate a Michigan teachers’ union. A state court had granted the chapter of the American Federation of Teachers (AFT) a temporary restraining order against the group, but after the case was moved to federal court, U.S. District Judge Linda V. Parker said there wasn’t enough evidence to support it.

According to court documents, Marisa Jorge was working as an intern for the Michigan AFT office, using the name Marissa Perez and claiming in her application that she was a student at University of Michigan. AFT claims that that they later discovered that her real name was Marisa Jorge, and that she never went to University of Michigan. Employees allege that they saw Jorge accessing computers and files without permission, and that she may have recorded meetings. AFT claims that Jorge was spying on them on behalf of Project Veritas, which is known for using hidden cameras to record conversations that they edit into online politically-motivated videos.

The state court’s restraining order was meant to keep Jorge and Project Veritas from releasing any confidential information that Jorge may have acquired, including 221 documents that AFT provided to the court as examples. Judge Parker ruled that the documents in question did not contain protected trade secrets, and thus an order blocking Project Veritas from using them raised serious First Amendment issues.

Project Veritas has argued that enforcing an order against them would be a prior restraint on speech, which is generally forbidden by the First Amendment. Judge Parker cited a Supreme Court case which says “the gagging of publication has been considered acceptable only in ‘exceptional cases,'” going on to say that this case does not meet that standard.

AFT argued that the information should be barred because of how Project Veritas got it, but the judge quoted a Sixth Circuit decision saying, “allegedly improper conduct in obtaining the information is insufficient to justify imposing a prior restraint.”

All that being said, Parker noted that it is unlikely that AFT will win on the merits of most of their claims, and that this is another reason why a temporary restraining order would not be proper.