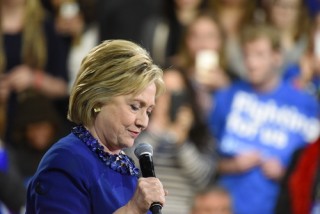 An opinion article by Stewart Baker written on Sunday for the Washington Post legal blog The Volokh Conspiracy examines a recent report by Breitbart that suggests some of Hillary Clinton’s e-mails contained the names of serving CIA officers. Rather than examining Clinton’s culpability in the event these e-mails lead to the public disclosure on undercover CIA officers, the author instead focuses on the Freedom of Information Act (FOIA) review process, concluding “[i]t could be the FOIA security reviewers themselves who are disclosing CIA identities.”

First, a bit of background about how Breitbart reached the conclusion that Clinton likely discussed the names of undercover U.S. intelligence officials through e-mails sent and received through her private server.  In the report, Breitbart provided numerous examples of Clinton e-mails obtained through various FOIA requests that included redactions based FOIA exemption “B3 CIA PERS/ORG.”

According to the Department of Justice Guide to the Freedom of Information Act, (b)(3) FOIA exemptions cover information that is protected from disclosure by statute.  The Washington Post article further explains that FOIA reviewers often identify the particular statute upon which they are relying when invoking a (b)(3) exemption.  As a result, one will often see redactions similar to what was reported by Breitbart — “B3 CIA/PERS/ORG.”

When one then looks to the FOIA exemption list posted on the CIA’s Electronic Reading Room website, it describes the (b)(3) exemption as applied to the CIA as follows:

(b)(3) Applies to the Director’s statutory obligations to protect from disclosure intelligence sources and methods, as well as the organization, functions, names, official titles, salaries, or numbers of personnel employed by the Agency, in accord with the National Security Act of 1947 and the CIA Act of 1949, respectively.

After providing the reader with a similar breakdown of the relevant legal authorities underlying the Breitbart article, the WaPo blogger admits that it “seems likely that some of Secretary Clinton’s homebrew emails mentioned Agency officials whose names are protected by law.”  Furthermore, Judicial Watch Tom Fitton also agreed that Breitbart’s evidence based on (b)(3) exemptions, “suggests” an indication that Clinton may have revealed the names CIA undercover personnel who are protected by law from disclosure.  What’s more, both Breitbart and the WaPo appear to take the same view that it is entirely plausible and likely that most foreign intel services were able to gain access to Clinton’s server.

However, here is where the two groups diverge in their analysis. Breitbart simply provides several more examples of Clinton disclosures containing (b)(3) exemptions, leaving it to the reader to draw the obvious conclusion.

Whereas the WaPo blogger downplays Clinton’s culpability by stating her mere “insouciance” about endangering classified info does not necessarily mean she knowingly violated the law — not even bothering to consider the “gross negligence” statutes.  Furthermore, he argues that it is “possible to make to much of this” and implores the readers to “look at something more troubling and more urgent buried in this story: It could be the FOIA security reviewers themselves who are disclosing CIA identities.”

What is his problem with FOIA security reviewers?

Well, as I previously mentioned, the WaPo blogger starts with the assumption that Clinton’s server was hacked.  But then, for some unknown reason, he jumped to the conclusion that maybe she did not identify them by their affiliation, or even know their affiliation to the Agency.  Thus, he concludes even if a foreign intel service hacked her, they would not have received confirmation of the names… until the FOIA releases with redactions.

Why did the reviewers do that? …(2) maybe they’re just doing their job the way they’ve always done it, flagging every applicable FOIA exemption for the sake of completeness, without giving any thought to the risks created by that policy in this particular case.

The blogger then calls the current FOIA redaction procedure “boneheaded” because now further FOIA releases may add “to the risk for CIA employees.”  His solution to this issue is that “the government should stop relying on ‘B3 CIA PERS/ORG’ as a ground for redaction.”

So lets get this straight,  a review of the redactions in a considerable amount of Clinton’s FOIA’d e-mails reveals she was, at the very least, almost certainly putting several undercover CIA officers (who are protected from disclosure by law) in a bad spot, in the event her e-mails were hacked.  But that is the fault of the FOIA reviewers that acted in a boneheaded manner?  By simply doing their jobs?

This is utterly absurd.  Not to mention, by following this logic, we should just get rid of FOIA disclosures— so long as we are assuming Clinton’s server was indeed hacked.  In addition to learning the identities of undercover CIA officers, a hacked Clinton server would give our enemies a blueprint of how we classify almost everything, up to and including out most highly protected Top Secret level information that was also found in Clinton’s e-mail.

That solution would sure make the Clinton Campaign happy, but (as of now) we apparently base our FOIA laws on what makes Clinton happy.