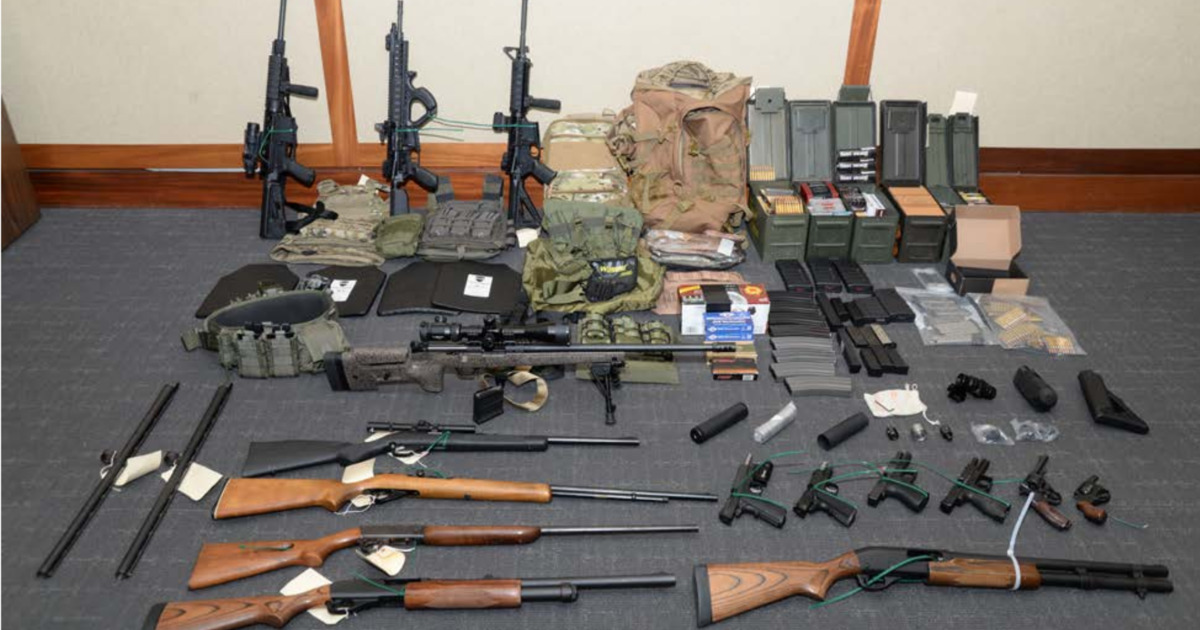 The government described Hasson as “a domestic terrorist, bent on committing acts dangerous to human life that are intended to affect governmental conduct.” Here’s what we know about the defendant.

Hasson is currently a Lieutenant in the U.S. Coast Guard where he works as an Acquisitions Office for the National Security Cutter (NSC) Acquisition Program. A cutter is a kind of ship designed for speed and the NSC is considered “the centerpiece of the Coast Guard’s fleet.” Hasson previously served with the U.S. Marine Corps from 1988 to 1993 “and thereafter spent approximately two years on active duty in the Army National Guard,” according to a recent court filing.

The U.S. government believes Hasson is an adherent of the “Crusader Nationalism” ideology espoused by Norwegian terrorist Anders Breivik. In 2011, Breivik carried out two attacks which killed 77 people in Norway–including 59 children. Authorities believe Hasson used Breivik’s manifesto as a blueprint for his own foiled plot.

In June 2017, Hasson allegedly wrote and then deleted a letter outlining some of his plans for wholesale political murder.

“I am dreaming of a way to kill almost every last person on the earth,” the letter begins. “I think a plague would be most successful but how do I acquire the needed/ Spanish flu, botulism, anthrax not sure yet but will find something.”

The letter continued to catalogue some of his specific complaints:

Liberalist/globalist ideology is destroying traditional peoples esp white. No way to counteract without violence. It should push for more crack down bringing more people to our side. Much blood will have to be spilled to get whitey off the couch. For some no amount of blood will be enough. They will die as will the traitors who actively work toward our demise. Looking to Russia with hopeful eyes or any land that despises the west’s liberalism. Excluding of course the muslim scum. Who rightfully despise the west’s liberal degeneracy. . .

A separate letter allegedly penned by Hasson and sent to himself which was apparently intended to be forwarded to a “known American neo-Nazi leader” continues in the above vein and explicitly identifies what the government says is Hasson’s preferred form of white-centered racism.

“I am a long time White Nationalist, having been a skinhead 30 plus years ago before my time in the military,” Hasson allegedly wrote. “I never saw a reason for mass protest or wearing uniforms marching around provoking people with swastikas etc. I was and am a man of action you cannot change minds protesting like that. However you can make change with a little focused violence. . . The government has expertly infiltrated and destroyed from within most if not all Pro White organizations. . . . We need a white homeland as Europe seems lost. How long we can hold out there and prevent n*****ization of the Northwest until whites wake up on their own or are forcibly made to make a decision whether to roll over and die or to stand up remains to be seen.”

Several of his internet searches suggested that Hasson intended to target some of the “most liberal senators,” as well as “supreme court justices” and “joe scarborough.” Hasson also allegedly composed a spreadsheet on January 17 of this year with a detailed collection of targets identified as “traitors” which the government describes as “prominent Democratic Congressional leaders, activists, political organizations, and MSNBC and CNN media personalities.”

The entries for Sens. Blumenthal and Warren contained pejorative references to “jew” and “poca[hontas],” respectively.

The June 2017 letter also gamed out how Hasson allegedly would go about attacking his perceived ideological enemies.

“Interesting idea the other day. Start with biological attacks followed by attack on food supply. . . Have to research this. Two pronged attack seems it might be more successful. Institute a bombing/sniper campaign.”

4. Charges and Allegations
Hasson was initially arrested on two charges: (1) possession of a firearm and ammunition by an unlawful user or addict of controlled substances; and (2) simple possession of Tramadol without a prescription.

Addressing the first charge, the government claims to have recovered “fifteen firearms and, conservatively, over 1,000 rounds of mixed ammunition” from Hasson’s “cramped basement apartment” in Silver Spring, Maryland.

As far as the unlawful possession of drugs goes, the government claims Hasson had a substantial Tramadol addiction.

“In total, the defendant appears to have ordered at least 4,200 Tramadol 100mg pills,” the court filing reads. “When law enforcement agents searched the defendant’s workspace on February 15, 2019, they discovered at least 100 pills that appear to be Tramadol. Agents also discovered suspected Tramadol in a ba the defendant carried at the time of his arrest.”

The government also claims that Hasson purchased and stored a cache of illegal steroids.

“When agents searched the defendant’s residence, they found a locked container, inside of which were over thirty bottles labeled as HGH,” the filing continues.

According to the government’s motion for detention, Hasson had planned a steroid regimen in order to turn himself into what Breivk described as a “superhuman one-man-army.”

[image via U.S. District Court for the District of Maryland]