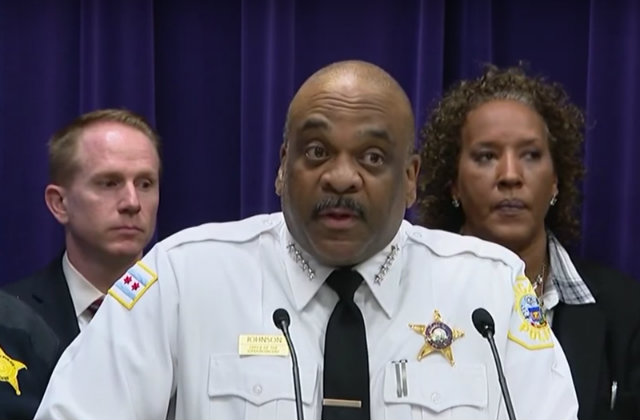 Chicago police announced Tuesday that there has been a second arrest in connection to a 15-year-old girl’s sexual assault streamed to Facebook Live.

Offender turned himself into @ChicagoCAPS10 10th Dist accompanied by his mother. He is being questioned before going to juvenile detention.

The first arrest, that of a 14-year-old boy, was announced Sunday.

Investigators say the girl, who has not been publicly identified, went missing in March. A Facebook Live stream the next day reportedly showed her being sexually assaulted by up to six juveniles. She was soon returned to her family. Cops say she has been harassed over the allegations, receiving online threats, and doorbell pranks. The family has been relocated.