Chelsea Manning Is Officially Back in Jail 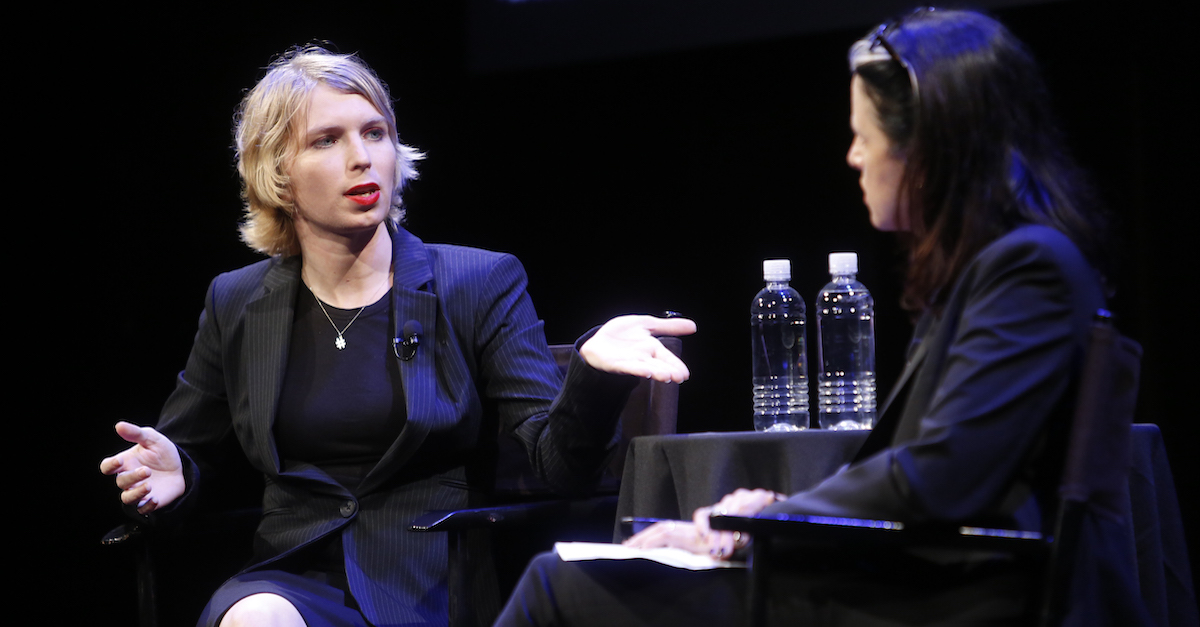 Chelsea Manning has refused to comply with a subpoena and is therefore back behind bars.

Manning, the former U.S. Army intelligence analyst who was infamously convicted of violating the Espionage Act by disclosing thousands of “classified (and unclassified but ‘sensitive’) documents” to WikiLeaks, was subpoenaed to testify before a grand jury in the Eastern District of Virginia and has refused to do so.

Judge Claude M. Hilton said, “I’ve found you in contempt,” adding that this will remain the case “until you purge yourself” or the “life of the grand jury [ends].”

As Law&Crime noted before, Manning was subpoenaed by the U.S. Attorney for the Eastern District of Virginia, which is the same office that mistakenly revealed that there might be a criminal case there against WikiLeaks founder Julian Assange.

U.S. Attorney G. Zachary Terwilliger memorably admitted the error while refusing to confirm or deny if charges had been filed against Assange under seal.

“Even though that error may have triggered speculation [about Assange charges] by the Reporters Committee, the plaintiff’s application lacks merit and should be denied in light of established law and precedent,” Terwilliger said. “While the government has admitted that the aforementioned court filing was made in error, it has not confirmed or denied whether charges against Julian Assange exist, which is what the plaintiff seeks to learn through its application.”

Manning initially said that she didn’t know why she was being subpoenaed, saying “We can speculate like anyone else.” Manning later released a statement saying she  “appeared before a secret grand jury after being given immunity for my testimony.”

“All of the substantive questions pertained to my disclosures of information to the public in 2010—answers I provided in extensive testimony, during my court-martial in 2013,” Manning said. “I responded to each question with the following statement: ‘I object to the question and refuse to answer on the grounds that the question is in violation of my First, Fourth, and Sixth Amendment, and other statutory rights.'”

Government prosecutor Tracy McCormick said Friday that they didn’t want this, but that the situation could be resolved quickly.

“The government does not want to confine Ms. Manning. She could change her mind right now and decide to testify,” McCormick said, according to the Washington Post.

For her past crimes, Manning was sentenced to 35 years in prison, but that sentence was commuted by then-President Barack Obama. That was after seven years of imprisonment, which began when Manning was arrested in 2010.