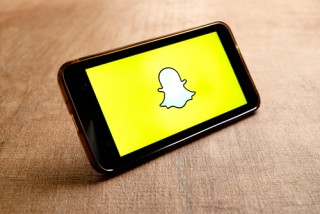 A Georgia man and his wife are blaming Snapchat for a car accident involving them and an 18-year-old driver, the Associated Press reported. Wentworth and Karen Maynard are suing the social media company, as well as driver Christal McGee, who they say crashed into their vehicle in September.

The Maynards allege that McGee was driving while using Snapchat on her phone, using a filter on the photography app that calculates how fast a person is going and displays the number over whatever picture they take. The claim says that McGee was trying to hit 100 mph when her crashed into the Maynards’ car. The New York Daily News reported that the Snapchat gives users a “trophy” for posting pictures with their speed, and the Maynards claim the app motivated the speeding that caused the crash. McGee was allegedly going 107 mph at the time of the accident.

According to the lawsuit, Wentworth Maynard suffered brain damage as a result of the collision and has not been able to work since the crash. Snapchat has yet to comment.