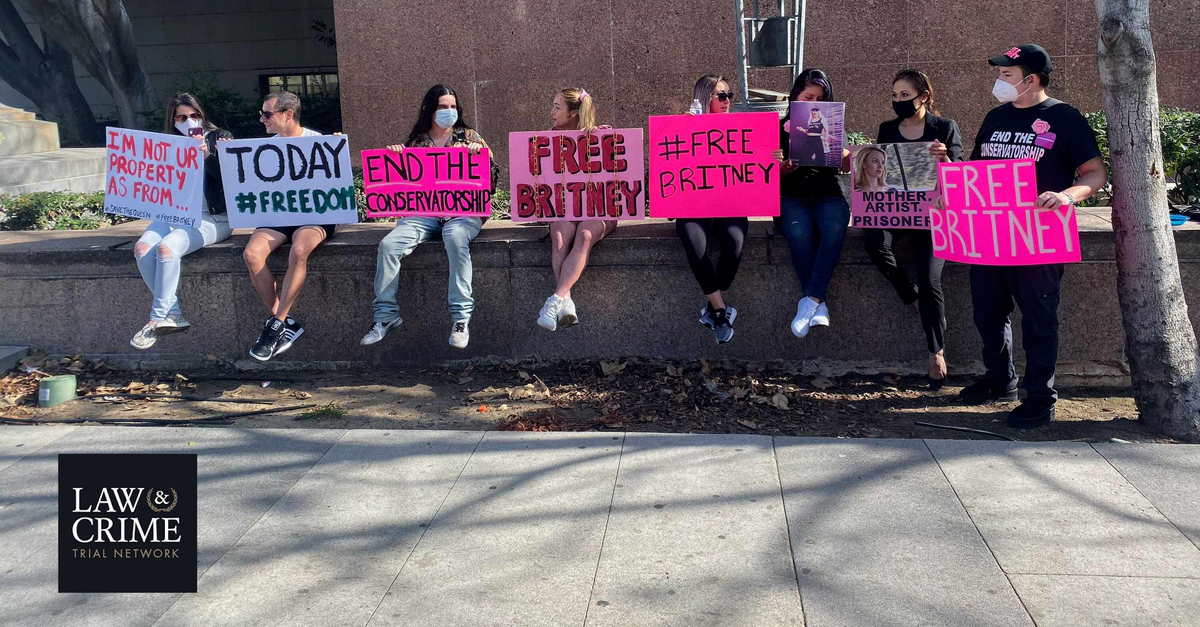 The sidewalk outside of the Stanley Mosk Courthouse just north of Skid Row in the City of Angels was drenched with sun and scattered with masked-up protesters on Thursday. They were holding various hand-painted signs in an effort to end a high-profile conservatorship and, as the hashtag says and movement demands, to #FreeBritney.

That documentary, Framing Britney Spears, chronicles the podcast-fueled rise of the #FreeBritney movement after fans learned of the legal arrangement that gives Spears’s father control over her finances and many aspects of her daily life. The conservatorship has existed in various forms since 2008. In recent years, however, Spears has strongly objected to her father having any such control.

The current legal battle specifically concerns control over the pop icon’s estate. Late last year, while failing to have her father’s power revoked entirely, she successfully petitioned for Bessemer Trust to be appointed as co-conservator and corporate fiduciary.

While conservatorship hearings are, as a matter of course, typically low-fireworks affairs, the Britney Spears saga has brought the legal regime under unusually exacting national scrutiny. And, between the parties here, there is certainly disagreement and discord.

“It’s no secret that my client doesn’t want her father as co-conservator,” Britney Spears’s court-appointed attorney, Samuel D. Ingham III, told the court at one point.

Attorneys for James Spears said the “Toxic” singer actually did want her father to manager her finances—at least initially.

“Ms. Spears requested and the court granted the power for Mr. Spears,” over the original conservatorship, James Spears’s attorney Vivien Leigh Thoreen, argued at one point.

But in the end, the role of Bessemer Trust was expanded and clarified during the Thursday hearing. The New York-based financial office will now share estate duties with the elder Spears.

Thoreen raised four objections at the beginning of the hearing that were all shut down by the court.

Baby steps. Small victories for Britney Spears. And while possibly a far cry from what the rhetoric of her solidarity movement may seem to be hoping for, the momentum appeared in the groundbreaking former ingenue’s favor.

“It is not appropriate for Mr. Spears to have the ability to delegate investment responsibility somewhere other than to the co-conservator,” Ingham argued at one point. “Mr. Spears should not retain the ability to pull the plug and hand the investments to someone else. He should work with Bessemer.”

Britney Spears’s attorney said he was concerned that her father might try to rely on a third-party to make investment decisions—adding that while he was pleased about the inherent devolution of power away from Jamie Spears with a second conservator, his client still had misgivings about her father’s control and that he would like to see an investment plan and proposed budget.

Thoreen said that third-party investment issues shouldn’t be a concern and that her client, Spears’s father, had no intention of going beyond Bessemer to make such decisions.

Brianna Williams contributed to this report.