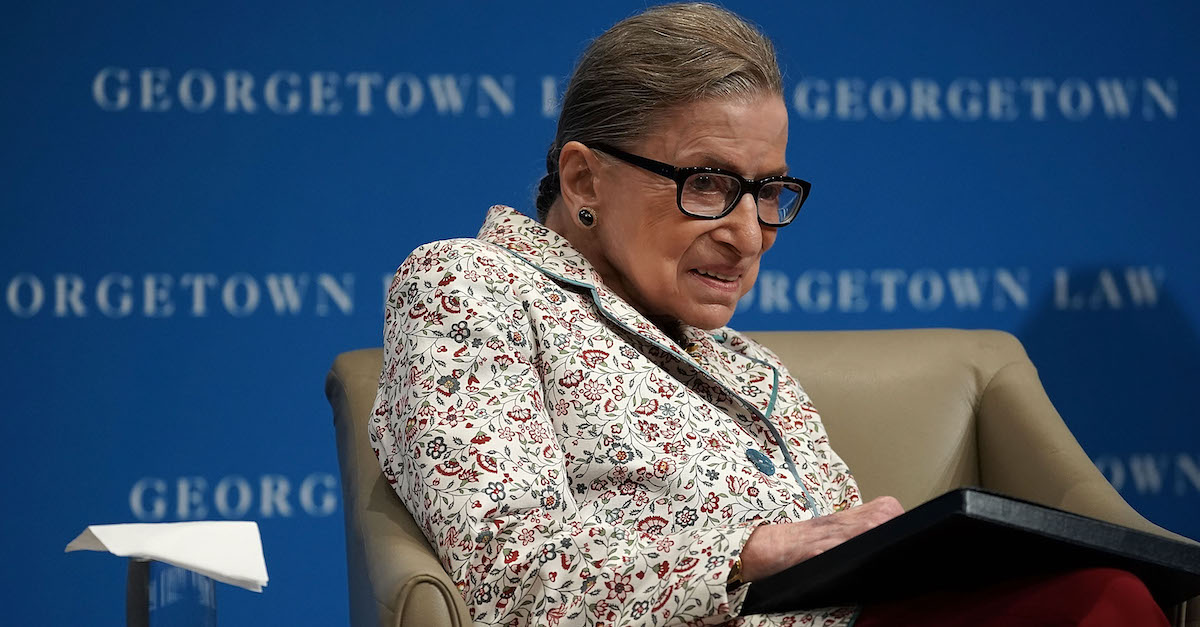 Supreme Court Justice Ruth Bader Ginsburg, 85, has been hospitalized after a fall, the Associated Press is reporting.

Justice Ginsburg has fractured three ribs after a fall at court.

The Supreme Court’s Public Information said the following in a news release about the incident:

Justice Ruth Bader Ginsburg fell in her office at the Court last evening. She went home, but after experiencing discomfort overnight, went to George Washington University Hospital early this morning. Tests showed that she fractured three ribs on her left side and she was admitted for observation and treatment. Updates will be provided as they become available.

Ginsburg has said before that she has no plans of retiring anytime soon. When commenting on her former fellow Supreme Court Justice John Paul Stevens serving on the court until he was 90 years old, Ginsburg said, “[H]e stepped down when he was 90, so I think I have about at least five more years.”

This news will certainly scare political opponents who have witnessed President Donald Trump successfully install conservative justices Neil Gorsuch and Brett Kavanaugh to the highest court in the land.

Incidentally, today, Thursday Nov. 8, is the day Kavanaugh will formally take his seat on the Supreme Court.

Hello from #SCOTUS, where Justice Brett Kavanaugh will have his investiture this morning. Trump is expected to attend, but as @chrisgeidner is reporting, Justice Ruth Bader Ginsburg is in the hospital with rib fractures. No cameras inside, stay tuned for updates after pic.twitter.com/dKwO4GByX8