Biden Issues First Round of 78 Pardons and Commutations

Biden Issues First Round of Pardons and Commutations in Cases of Former U.S. Secret Service Agent, Dozens of Nonviolent Drug Convictions — What to Know 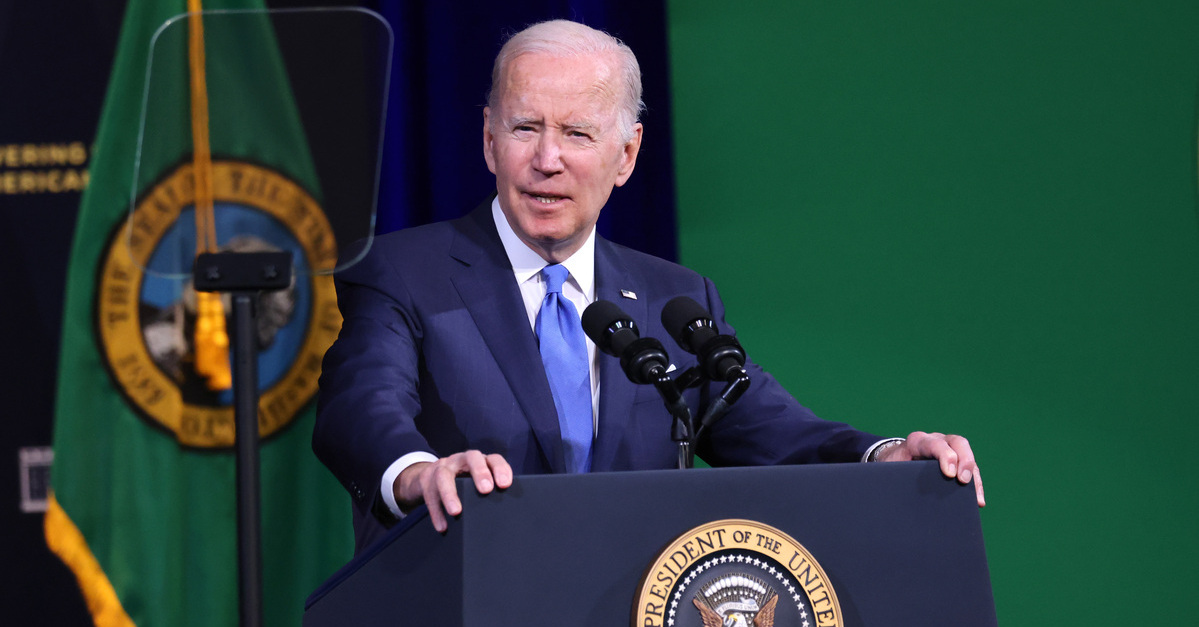 AUBURN, WA – APRIL 22: U.S. President Joe Biden gives a speech where he addresses the high cost of prescription drugs at Green River College on April 22, 2022 in Auburn, Washington. Biden is on a multi-day trip to the Pacific Northwest, with stops in Portland and Seattle.

In what could arguably be seen as a long-awaited effort to repair at least some of the damage caused by the failed War on Drugs, President Joe Biden issued three pardons and 75 commutations on Tuesday morning. The clemency grants mark the 46th president’s first use of the pardon power since taking office.

Out of the 78 total grants of executive reprieve from the U.S. criminal law system issued by Biden, 77 of those come for people sentenced over offenses related to the purchase or distribution of drugs.

Abraham W. Bolden, Sr. is the lone person to receive clemency for a non-drug-related offense. The 86-year-old former U.S. Secret Service agent once distinguished himself as the first Black person to serve on a presidential detail. But in 1964, his life changed for the worse when he was accused of attempting to sell a copy of a Secret Service file, accepting bribes in the course of official duty, and conspiracy.

Bolden insisted he was framed for attempting to expose his fellow Secret Service agents’ lax attitude over the protection of former president John F. Kennedy to the Warren Commission. He would later allege that the other agents showed up severely hung over, “half drunk,” drank on the job, missed shifts, failed to report to their shifts on time or at all, and used government resources to transport women. Bolden also claimed one other agent had used an anti-Black slur.

Controversy usually attaches to the mere allegation of such wrongdoing in both directions, of course, and Bolden’s trials proved to be controversial in and of themselves. His first trial ended in a hung jury. He was convicted the second time around, but several key witnesses later said the prosecutor convinced them to lie on the stand. During the first trial, the judge told the jury in an Allen charge that he thought Bolden was guilty but that they could ignore his opinion. They did. That same judge, Joseph Sam Perry, oversaw Bolden’s second trial as well.

As is often the case in the U.S. legal system, the alleged prosecutorial and judicial misconduct didn’t augur well for the defendant much, if at all. The U.S. Court of Appeals for the Seventh Circuit denied Bolden’s request for a new trial and upheld his conviction. He was sentenced to six years in prison and ultimately served three years and three months before he was released on two-and-a-half years’ probation.

“Mr. Bolden has received numerous honors and awards for his ongoing work to speak out against the racism he faced in the Secret Service in the 1960s, and his courage in challenging injustice,” the U.S. Department of Justice wrote in a press release announcing Biden’s first round of clemency grants. “Mr. Bolden has also been recognized for his many contributions to his community following his release from prison.”

Biden previewed the commutations and pardons earlier this month by issuing a statement about “Second Chance Month,” a time to celebrate individuals deemed to have worked towards rehabilitation. The administration says the executive action will help with their transition back to some semblance of normality following their time behind bars.

“America is a nation of laws and second chances, redemption, and rehabilitation. Elected officials on both sides of the aisle, faith leaders, civil rights advocates, and law enforcement leaders agree that our criminal justice system can and should reflect these core values that enable safer and stronger communities,” Biden said in a statement sent to CNN earlier this week.

Also receiving a full pardon is 51-year-old mother Betty Jo Bogans, who was convicted in 1998 of possession with intent to distribute crack cocaine in Houston, Texas. She had no prior record and was essentially a drug mule for her boyfriend at the time. After serving her sentence, she battled cancer and continued to raise her son.

Biden’s third pardon went to 52-year-old Dexter Eugene Jackson, a business owner in Atlanta who allowed other people to sell marijuana at his pool hall. Despite his small-bore role in the crimes, he was sentenced and served time.

“Since his release from custody, Mr. Jackson has converted his business into a cell-phone repair service and hired local high school students through a program that seeks to provide young adults with work experience,” the DOJ’s press release notes. “Mr. Jackson has also worked to build and renovate homes in a community that lacks quality affordable housing.”

The first round of clemencies granted by the Biden White House were criticized by some for being limited in number–and for taking so long to have been issued in the first place.

“Biden has ‘granted’ clemency to 78 people,” legal blogger and Arizona-based criminal defense attorney bmaz commented. “Finally. There are 7,800, if not 78,000 that deserve it. The point is not the people near death Joe Biden finally saw fit to address, but those deserving he did not.”

Others welcomed the news while still sharing that critical perspective:

Biden is granting his first pardons and commutations to 78 people today! Huge and amazing news, but not nearly enough. @POTUS, please continue to use your powers to reunite families that have been torn apart by the unjust criminal legal system.

Others noted that while Biden’s numbers on executive reprieve represent a fraction of those waiting for such relief, they are relatively large when compared to other recent presidents:

First, Biden issued 3 pardons & 72 commutations. While that’s a tiny % of the open clemency applications, it’s also more than any modern president has issued in his 2nd year.https://t.co/XxDKLDB9pG