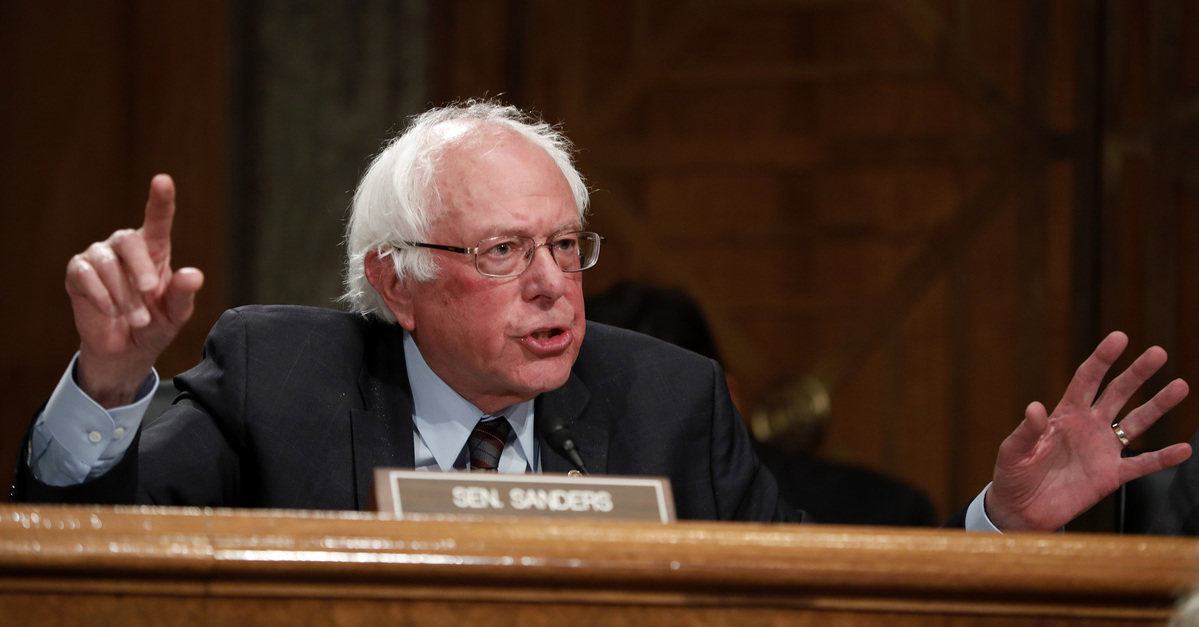 Senator Bernie Sanders (I-VT) is calling for the FBI to investigate whether controversial Supreme Court nominee Brett Kavanaugh committed perjury while testifying under oath at various times in the past–including during Kavanaugh’s defense on Thursday against allegations that he sexually assaulted and attempted to rape Dr. Christine Blasey Ford in 1982.

In a Saturday letter sent to Senate Judiciary Committee Chair Chuck Grassley (R-Iowa), Sanders demanded that the FBI’s recently re-opened background investigation into multiple sexual assault and rape allegations against Kavanaugh should also include an inquiry into whether multiple statements made by the D.C. Circuit Court judge in front of Congress rise to the level of falsity.

“In order for this FBI investigation regarding Judge Brett Kavanaugh’s nomination to be complete, it is imperative the bureau must not only look into the accusations made by Dr. Ford, Deborah Ramirez and Julie Swetnick, it should also examine the veracity of his testimony before the Judiciary Committee,” the socialist senator noted.

Sanders also dismissed the idea that the FBI should be ham-strung by a one-week time-frame for their multiple inquiries into Kavanaugh’s behavior and statements. He continued:

The Senate should not constrain the FBI to one week and must allow time for a full investigation. I would request that you inform the FBI that you will not consider their work complete until they examine the truthfulness of Judge Kavanaugh’s statements under oath while testifying before the Senate throughout his career, given the very serious fact that lying to Congress is a federal crime.

The anti-establishment former presidential candidate then supplied a series of statements and apparent misstatements of fact delivered by Kavanaugh at various times while under oath in front of the Senate.

“In 2006 Judge Kavanaugh told Congress he did not know anything about the NSA warrantless wiretapping program prior to it being reported by the New York Times. This year an email revealed that while at the White House he might have been involved in some conversations about this program,” Sanders noted, before asking, “Was Judge Kavanaugh being truthful with the committee?”

Sanders also took Kavanaugh to task for the judge’s apparently misleading statements regarding his role in the Bush administration’s illegal “enemy combatant” designation for individuals captured in the War on Terror.

Vermont’s junior senator noted, “In 2006 Judge Kavanaugh testified, “I was not involved and am not involved in the questions about the rules governing detention of combatants.” New evidence released as part of these confirmation hearing contradicts that assertion,” and asked again, “Was Judge Kavanaugh being truthful with the committee?”

But the rumored 2020 presidential contender didn’t stop there. He also suggested that Kavanaugh repeatedly lied during his shouting-and-tear-filled defense on Thursday:

Judge Kavanaugh repeatedly told the committee he never drank to the point where he didn’t remember something. He also denied ever becoming aggressive when he drinks. However there have been many reports from those Judge Kavanaugh attended high school, college and law school with that contradict this assertion. Was he being truthful with the committee? …

Kavanaugh claimed he did not drink on weeknights but an entry on his calendar for Thursday July 1 states, “Go to Timmy’s for Skis w/ Judge, Tom, Pj, Bernie, Squi.” Kavanaugh clarified to Sen. Booker that “Skis” referred to beer. Was his original statement to the committee truthful?

Law&Crime reached out to Senator Grassley’s office for comment on this article but no response was forthcoming at the time of publication.