Believe it or Not, R. Kelly’s Alleged ‘Cult’-Like Abuse Appears to Be Legal 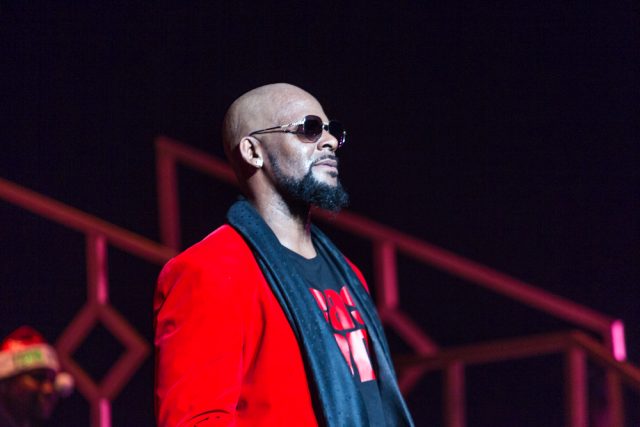 R&B singer R. Kelly has made plenty of headlines over the years over alleged sexual exploits and indiscretions. Arguably none of them compare to the detailed accounts of several women of what takes place in his world on a day to day basis. The woman depict an atmosphere of alleged abuse described as a “cult” and “mind control.” Unfortunately, as parents of one young woman are learning, there’s not much the legal system can do about it.

The relationships would typically begin with what women hoped would lead to professional development in the music industry, but ended up being sexual and subservient, as the report details. Kelly, now 50 years old, allegedly kept women at his homes in the Chicago and Atlanta areas. Last summer, they included some as young as 18 or 19, with another, 31, who would “train” the new recruits how to sexually please the singer, according to Mack, Jones, and McGee.

Kelly confiscated their phones to isolate them from their friends and families, made them ask permission before going anywhere, and instructed them to call him “Daddy.” They were also given strict orders not to be friendly with other men, according to their account.

Parents of a young woman currently living in one of Kelly’s properties haven’t seen her since last year, after she failed to show up for final exams, effectively dropping out of college.

Disgusting? Yes. Horrifying? Yes. Illegal? Well, this is where it gets tricky. The parents’ daughter is 21 years old, so she’s old enough to consent to everything that’s going on. As long as she’s happy, which she claims she is, there’s not a lot her parents can do about it. They tried filing a missing person’s report and talked to police and the FBI. However, since they know where she is and she claims she’s okay, authorities wouldn’t label her as missing.

Her parents insist she’s been taken in by a “cult,” and is truly there “against her will,” but if she won’t admit to it, there’s no proof. Similarly, one of Kelly’s reported rules for the women is that they have to ask permission before leaving their rooms. Theoretically, if Kelly denied permission and prevented them from leaving, that would be false imprisonment, but there’s no indication that this ever happened. If anything, this could just be a symbolic means of control; a control that the women voluntarily give up.

Additionally, while the whole thing sounds cult-like, cults aren’t illegal either, unless they’re engaging in illegal activities like sacrifices, polygamy, or drugs.

There is one part of this that could possibly get Kelly in trouble, but it wouldn’t be easy. The BuzzFeed report details instances where the singer turned violent when women broke his rules. Kitti Jones recalled how one time she was nice to a male employee at a Subway shop when getting food, and Kelly forced her against a tree outside the restaurant and slapped her.

On the one hand, this definitely sounds like assault. On the other hand, good luck getting a conviction. Jones is eager to tell her story now, but depending on when this happened, the statute of limitations may have already expired. For women currently living with Kelly, if he were to hit them, they would have to be willing to report it to police, which seems unlikely. In my time as a prosecutor, even when victims of domestic violence did call the cops, they often quickly changed their stories or flat out refused to cooperate by the time I got involved and tried to put a case together. Without a victim’s testimony, most assault cases fall apart. And with Kelly taking away the women’s phones, there’s likely little if any documentation of any possible criminal behavior.

Despite this, Kelly’s women appear to adore him. Asante McGee separated the charming entertainer they flocked to be with from his darker private nature. “R. Kelly is the sweetest person you will ever want to meet,” McGee said. “But Robert is the devil.”

Unfortunately, making a deal with the devil isn’t against the law.