‘Are You Accusing Me of Crimes?’: Sean Hannity and Well-Known Legal Blogger Go At It 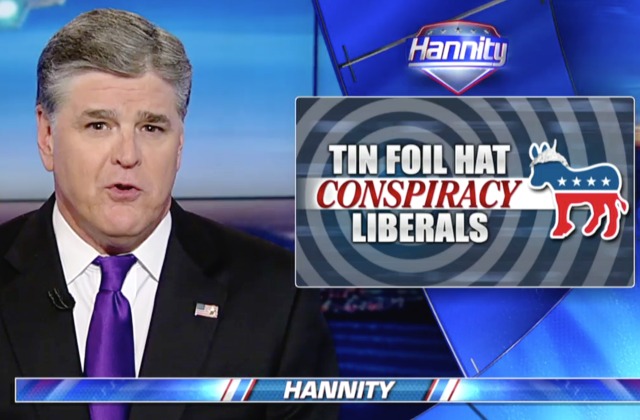 In a bizarre exchange, Benjamin Wittes, well-known in the legal blogging world, went toe to toe with Fox News’ Sean Hannity on twitter. Wittes, a fellow at the Brookings Institution and editor of the LawFare blog, even asked whether Hannity was accusing him of a crime as it related to the FBI/Russia probe.

The interaction started when Wittes tweeted out  an ominous”tick, tick, tick” shortly after President Trump went on another tweetstorm casting blame at President Obama for “colluding” or “obstructing” by not doing enough after being notified by the CIA of Russia’s meddling in the election. Wittes, by the way, is a longtime friend of former FBI Director James Comey.

That prompted this response from Hannity:

Hannity seemed to be trolling the legal blogger by bringing up what he believes are the two applicable laws that could apply to Comey with regards to his leaking information to news outlets. 18 USC 4 involves concealing a crime, and 18 USC 641 is a federal law which prohibits embezzling /stealing federal records. Wittes was quick to respond

Is it just me or does this read a little off? If I didn’t know better I might think a national television host had just accused me of crimes https://t.co/NHDNLuc2Kp

Seriously, man, are you accusing me of crimes? And do you have the guts to do so to my face on your show?

No word yet if Hannity plans to have the self-proclaimed #supporteroftheDeepState on his show.