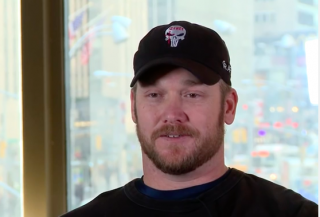 A US Appeals Court overturned a $1.85 million award to former pro wrestler and former Minnesota governor Jesse Ventura in a case against ‘American Sniper’ author Chris Kyle.  Ventura originally accused Kyle of defamation for portraying him falsely in his memoir that came out in 2012.  Ventura had previously won his suit against Kyle’s estate in July 2014 according to the Washington Post.

According to the book, Ventura and Kyle had both been in a southern California bar when Ventura made comments critical of the Iraq War, US President George W. Bush, and the US Navy Seals of which Kyle was a member.  Kyle then proceeded to punch Ventura.  Ventura claims to have been in the bar that night, but said that no altercation ever took place.  Kyle also refers to Ventura in the book as ‘Scruff Face’, and while he was promoting the book, said that the character was indeed Ventura.

“Being level-headed and calm can last only so long, I laid him out. Tables flew. Stuff happened. Scruff Face ended up on the floor,” Kyle said in his memoir.

The Eight Circuit Appeals Court stated that the estate of Chris Kyle had not received a fair trial. In a 2 to 1, the court decided to throw out the $1.35 dollar award for ‘unjust enrichment’, and ordered a new trial for the defamation case that awarded Ventura $500,000.  In addition, they claimed that the original 1.35 million dollar award had no justification under Minnesota law according to Reuters Legal.