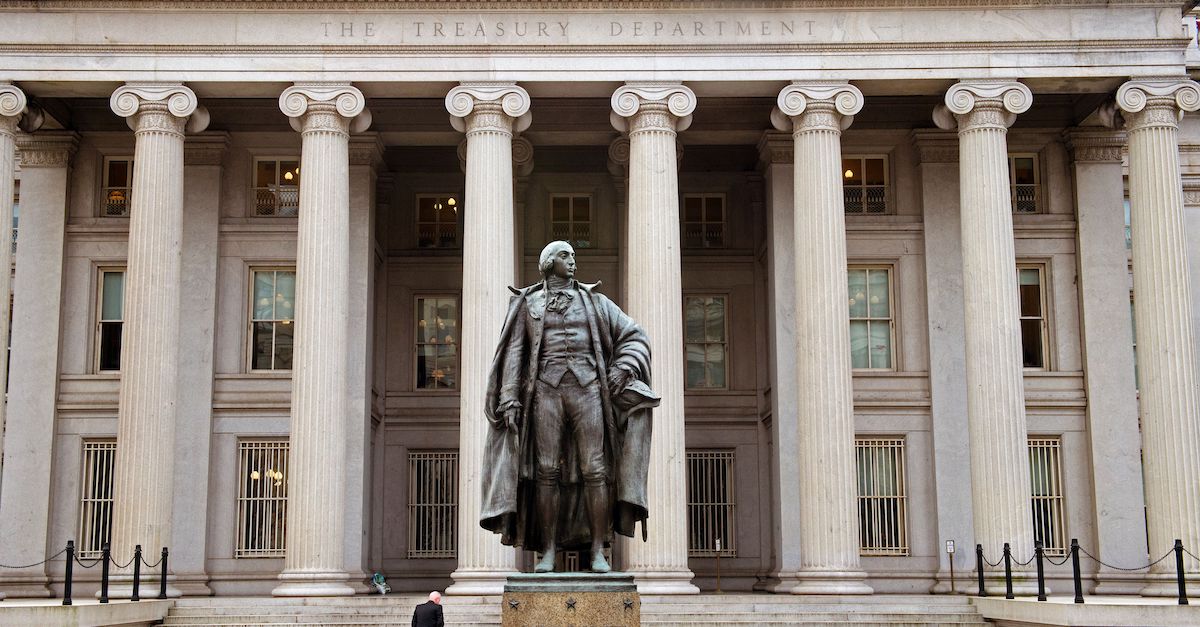 Remember when President Donald Trump‘s ex-personal attorney Michael Cohen was thrust into the spotlight because Stormy Daniels‘ attorney Michael Avenatti stumbled upon some “suspicious activity reports” and put Cohen’s bank records out on social media? Remember when we were left to wonder who did it and the Inspector General of the U.S. Treasury decided to investigate where the leak came from?

We still don’t know the answer to that mystery, but there was a major development on the Treasury leaking front Wednesday, as a senior advisor at FinCEN (Financial Crimes Enforcement Network) identified as Natalie Mayflower Sours Edwards, 40, has been charged with conspiracy to make unauthorized disclosures of suspicious activity reports.

Edwards is accused of disclosing SARs related to Manafort and Gates to a BuzzFeed reporter, starting in Oct. 2017. The feds say that Edwards saved a whopping 24,000 SARs on a department-issued thumb drive. The majority of these files were saved to a folder named “Debacle – Operation-CF,” which contained subfolders named “asshat,” “debacle,” and “emails.”

“Edwards is not known to be involved in any official FinCEN project or task bearing these file titles or code names,” the DOJ charging documents say. Edwards is accused of sending these SARs in encrypted messages that she saved and were thereby discoverable by the feds.

DOJ has filed criminal charges against a Treasury Dep't official alleging a conspiracy to leak confidential "suspicious activity reports" about Paul Manafort, Rick Gates and others to a BuzzFeed reporter. pic.twitter.com/3JtGMpJsgs

According to NBC News, SARs also related to the Russian Embassy, accused Russian spy Maria Butina, and the company Prevezon Alexander were discovered.

U.S. Attorney for the Southern District of New York Geoffrey Berman reacted to Edwards arrest in a statement.

“Natalie Mayflower Sours Edwards, a senior-level FinCEN employee, allegedly betrayed her position of trust by repeatedly disclosing highly sensitive information contained in Suspicious Activity Reports (SARs) to an individual not authorized to receive them,” Berman began. “SARs, which are filed confidentially by banks and other financial institutions to alert law enforcement to potentially illegal transactions, are not public documents, and it is an independent federal crime to disclose them outside of one’s official duties.

Edwards allegedly confessed to giving the unidentified BuzzFeed reporter the SARs, but believed that reporter wouldn’t publish them.