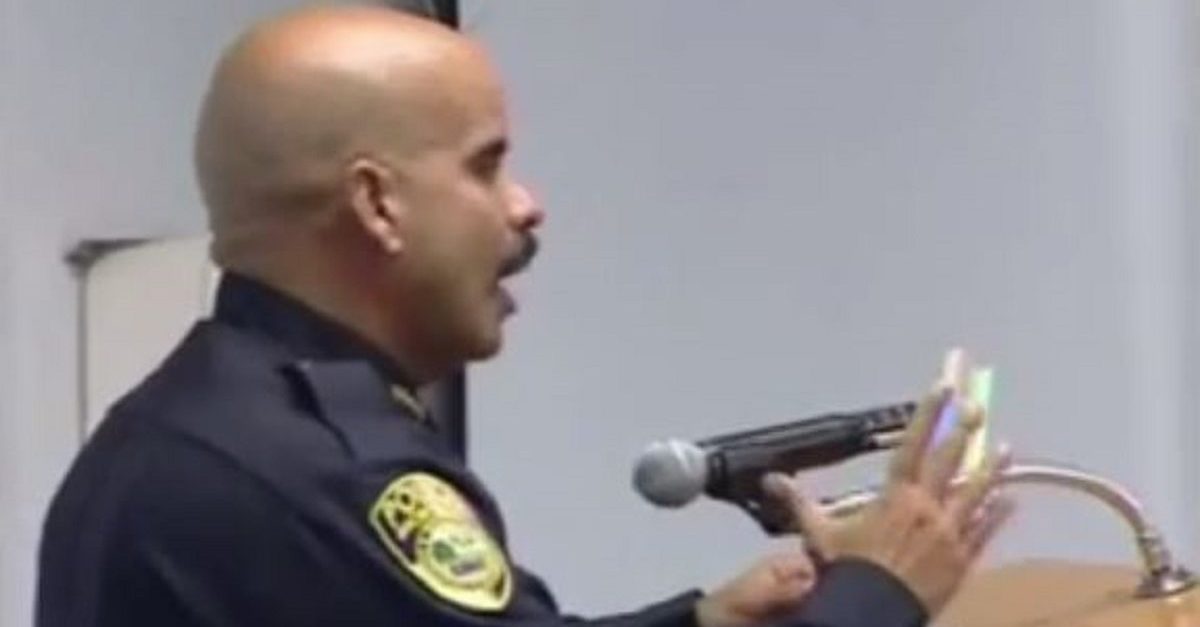 Two former Florida cops cooperated with the feds and helped put their corrupt former police chief behind bars. Despite their help with the case, they’ll now be spending some time in prison themselves over their role in framing a black teenager for a crime he didn’t commit.

Charlie Dayoub and Raul Fernandez were cuffed and taken into custody by U.S. Marshals on Tuesday after U.S. District Judge Michael K. Moore sentenced them to the federal maximum of one year in prison.

According to the Miami Herald, the cops’ family members “cried in disbelief” while watching the sentences being handed down from the gallery as Judge Moore chastised prosecutors for recommending a lighter sentence of eight months home confinement and one year of probation. Speaking from the bench, Judge Moore railed against the suggestion of leniency. He said:

In comments before Judge Moore, AUSA Wallace griped that his office was “faced with a Hobson’s choice.” The reference to Thomas Hobson is a widely-used legal metaphor which attempts to paint a decision as an ultimatum-like “take it or leave it” offer.

Judge Moore rejected that suggestion and proceeded to criticize Wallace further by alleging that prosecutors were engaged in “sentencing manipulation.” The judge then counseled that had Wallace’s office actually attempted to prosecute the two former officers it would have been a “slam dunk” case.

If [the department has] burglaries that are open cases that are not solved yet, if you see anybody black walking through our streets and they have somewhat of a record, arrest them so we can pin them for all the burglaries.

Weeks later, one cop pleaded guilty to the racially biased scheme aimed at black men. All the while, Atesiano himself was still feigning innocence and denied the allegations.

In September, Atesiano admitted that he instructed his officers to pin several unsolved home and vehicle burglaries on innocent men in order to juke the stats. In 2013, Atesiano falsely boasted that his department had attained a nearly unheard of 100 percent clearance rate on burglaries in the bucolic Miami suburb.

Atesiano ultimately pleaded guilty to a conspiracy charge of intentionally depriving three black men of their civil rights over his and his officers’ efforts to frame them for the burglaries. In the course of negotiating a plea agreement, Atesiano had two lesser charges dismissed. He now faces up to 10 years in prison.

[Image via Village of Biscayne Park]