ACLU: ‘Brett Kavanaugh Is Not Entitled to a Seat on the Supreme Court’ 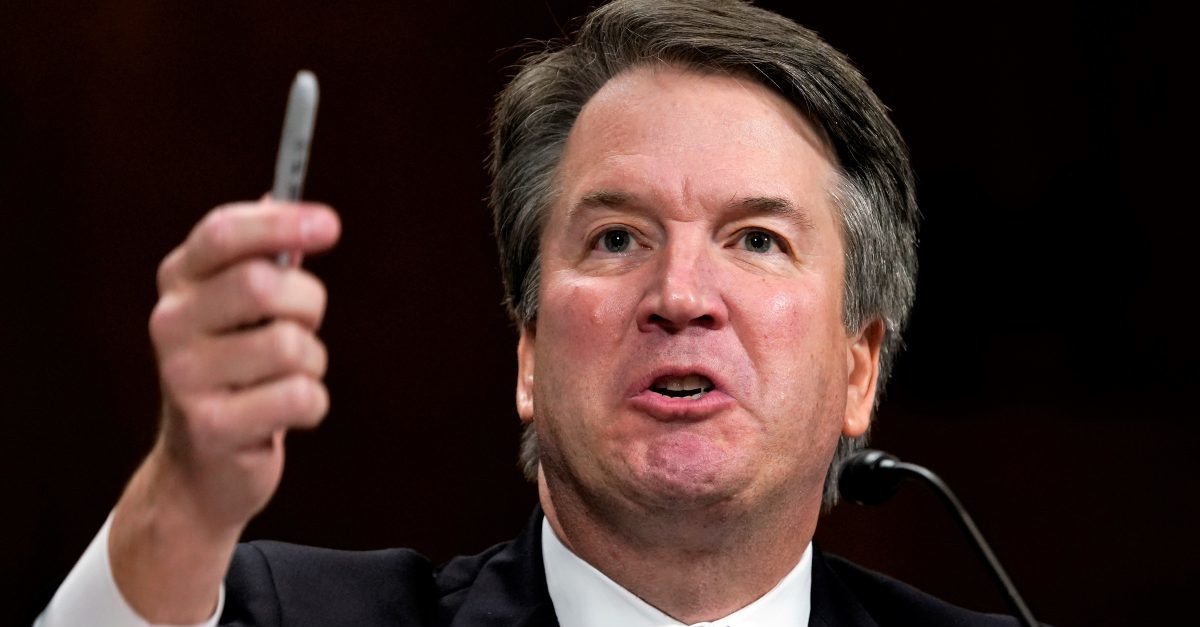 The American Civil Liberties Union (ACLU) expressed their strong objection to Brett Kavanaugh being installed on the Supreme Court in a late-morning tweet sent on Monday.

Brett Kavanaugh is not entitled to a seat on the Supreme Court.

On Saturday, the ACLU issued an atypical press barrage against Kavanaugh, declaring the D.C. Circuit Court judge “unfit to serve” on the nation’s high court. This break with longstanding policy has been described as “unusual” by NBC News. A resolution passed by the 98-year-old organization’s board of directors noted:

This is not a decision taken lightly. We cannot remain silent under these extraordinary circumstances about a lifetime appointment to the highest court of the land. The standard for such an appointment should be high, and the burden is on the nominee. That burden is not met as long as there are unresolved questions regarding the credible allegations of sexual assault.

In a call-to-action issued just after that resolution passed, the group asked membership and supporters to email their congressional representatives and demand they vote against the controversial nominee.

“Allegations of sexual assault are too serious to overlook,” the group’s release began, “There are credible allegations that Judge Brett Kavanaugh has engaged in serious misconduct that have not been adequately investigated by the Senate. Dr. Christine Blasey Ford‘s testimony, subsequent allegations of sexual misconduct, the inadequate investigation, and Kavanaugh’s testimony at the hearing lead us to doubt Kavanaugh’s fitness to serve as an Associate Justice of the Supreme Court.”

While the ACLU’s opposition to Kavanaugh is a few days vintage at this point, the injection of the word “entitled” appears to be something of a piece–aligning with various recent narratives about the accused sexual assaulter and judicial nominee’s socioeconomic class and pedigree.

Following up on commentary by Senator Amy Klobuchar (DFL-MN) during Kavanaugh’s re-hearing in front of the Senate Judiciary Committee last Thursday, multiple opinion pieces have been published in recent days assailing what critics term Kavanaugh’s entitled attitude toward a now precarious lifetime appointment.

Washington Post columnist Jonathan Capehart wrote, “Thursday’s wretched display of white (male) entitlement was especially galling. I can understand why Brett M. Kavanaugh erupted with anger. It was the lack of humility and decorum and contrition that canceled any human emotion I could have had for him.”

In “The Entitled Rage of Brett Kavanaugh,” The Cut’s Lisa Miller went even deeper:

You don’t need a Yale degree to know that prestige is no predictor of ethical or humane behavior. No Ivy League diploma, no appointment at Harvard (where Kavanaugh has “taught constitutional law to hundreds of students,” as he pointed out) — none of this inoculates a person against aggression, misogyny, or even criminality. Indeed, the opposite is true. Social science has proven again and again that elites are likelier to be cheaters and rule-breakers than non-elites…

What lurked behind Judge Brett Kavanaugh’s snarl as he addressed the Senate Judiciary Committee last week to fight for his nomination to the U.S. Supreme Court? Anger, certainly. Fear, understandably…Under it all, though — the twisted expressions, the welling eyes, the barking tone of righteous indignation — was one thing: Entitlement.”

The Pulitzer-prize-winning journalist continued, “He doesn’t seem to grasp that something cannot be stolen that is not yet his. In his mind, it is his. He had the right breeding, the right upbringing, the right religious regimen — Sunday church attendance as routine as brushing teeth! The right education — did you know? He went to Yale Law School.”

Law&Crime reached out to the ACLU for an elaboration on their own Kavanaugh/entitlement argument, but no response was forthcoming at the time of publication.