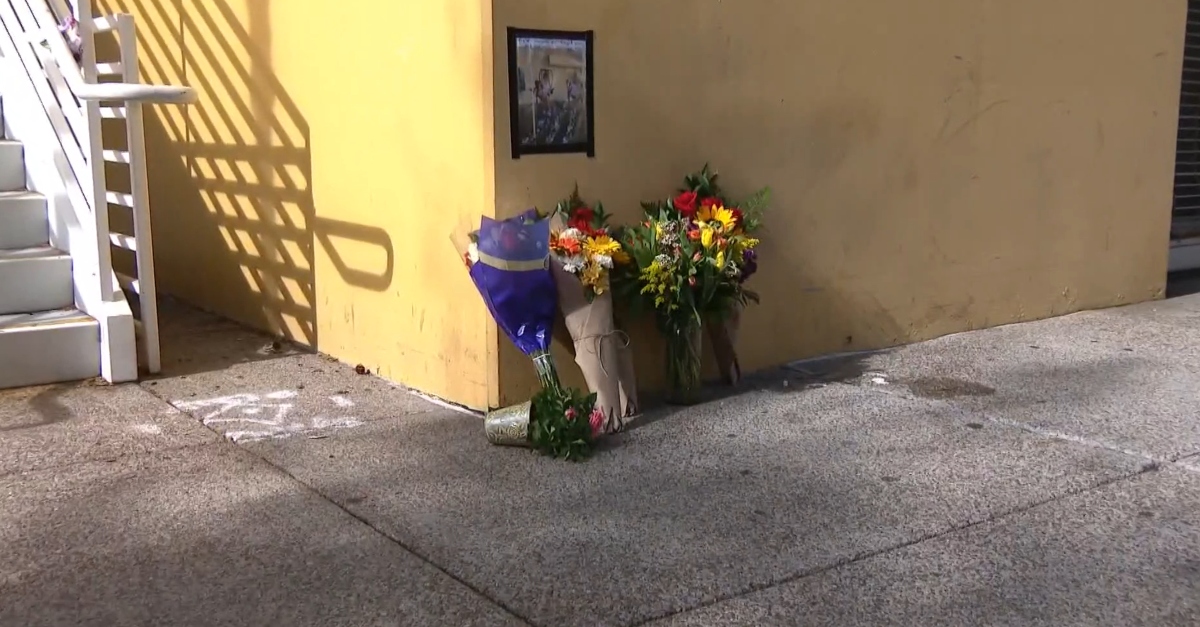 A woman was killed Sunday in downtown San Diego, California when a man jumped off of a parking garage to die by suicide and landed on her, authorities say. The city’s Department of the Medical Examiner identified the victim as Taylor Daneen Kahle, 29. The man remains unnamed, with authorities saying his next of kin were not notified yet. Officials only noted that he was apparently about 20 to 30 years old.

Authorities said the man was seen hanging from the outside railing of the ninth floor balcony of the parking garage on 10th Avenue and J Street. He fell to the ground, landing on Kahle, who was out on a date. Nearby police pulled over to help, but Taylor died at the scene of blunt force injuries to the head, said the medical examiner. The man who fell off the parking garage was taken to UC San Diego Medical Center, but where he was later pronounced dead.

Loved ones are mourning the loss of 29-year-old Taylor Kahle, killed over the weekend when an apparently suicidal man jumped from an East Village parking structure and landed on her. https://t.co/y9SvxZlJSU

At time of the incident, Kahle was walking with a man she was on her third date with, according to NBC San Diego. He was uninjured.

“She had just met someone that she kind of liked,” Kahle’s friend, mentor, and boss Laurel McFarlane told the outlet. “It was new, just starting out, and she was just excited that there was someone she was having a connection with.”

NBC 7 also obtained security footage from outside the pizza restaurant, which showed Kahle and her companion crossing the street before the tragic incident.

The footage also captured the reaction of two people walking behind them. They were so stunned by what they had just seen, they stopped in their tracks – frozen on the crosswalk for a second – before running over to help them.

In a lengthy statement on Facebook, McFarlane said Kahle started work at her event planning company McFarlane Promotions as an intern who was so “incredibly shy” she would have to write notes to communicate with McFarlane. In the eight years since, Taylor grew into a spirited, self-possessed woman. McFarlane noted the loving relationship Kahle had with her father, and two dogs.

“I watched as she grew and made changes in her life; the type of changes that I wish I had dared to do when I was her age,” she wrote. “She lived life with zest and always pushed herself beyond her comfort zone to lead the best life she could. Not only did she gain incredible strength over the past eight years, she surpassed her mentor. I would sit in awe of her incredible bravery and fearless choices. She was only in her 20’s, but I was so excited to see what she would accomplish over the next decade of her life.”

In light of Kahle’s love of animals and love of her mother Claudia who died two years ago from Alzheimer’s, McFarlane said that any donations would be made to the San Diego Humane Society and the San Diego Alzheimer’s Association, according to Fox 29.