‘Like Some Kind of Sick Joke’: Dem Blasts Health Sec Who Supported DOJ’s Decision Not to Defend Obamacare | Law & Crime

‘Like Some Kind of Sick Joke’: Dem Blasts Health Sec Who Supported DOJ’s Decision Not to Defend Obamacare 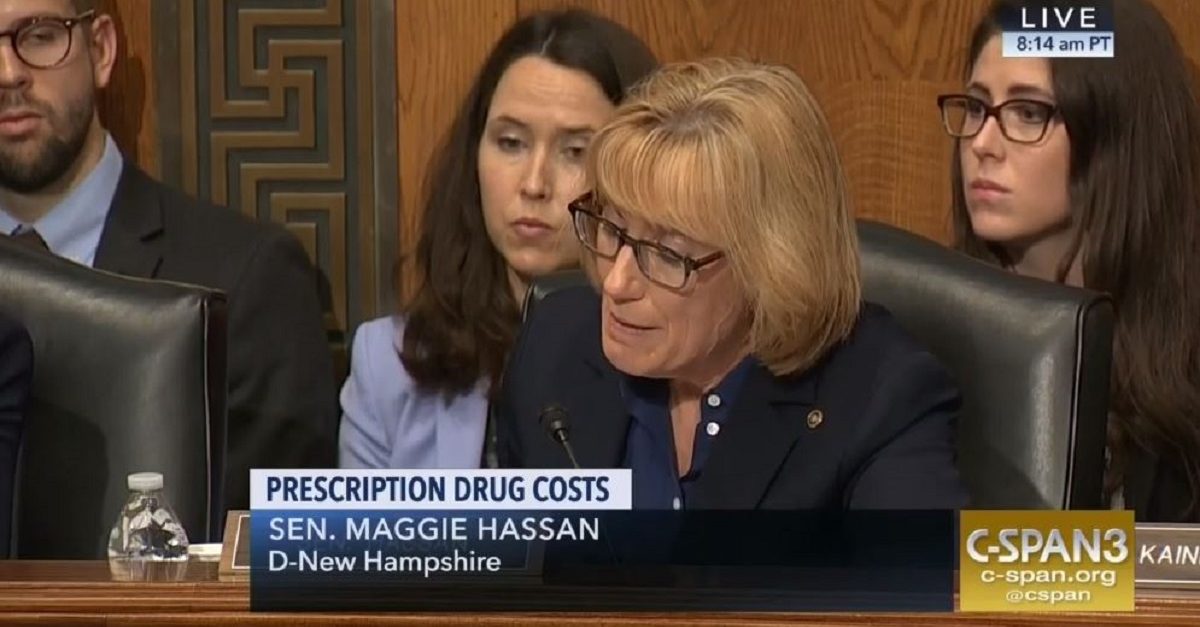 Alex Azar, the Secretary of Health and Human Services, appeared before the U.S. Senate on Tuesday for a hearing on prescription drug pricing. Things got heated when Senator Maggie Hassan (D-New Hampshire) turned the discussion to the Justice Department’s recent about-face on Obamacare.

In a lawsuit, 20 states argued that Obamacare is now unconstitutional because it is no longer tied to a penalty for not getting insurance which fell under Congress’ taxation power. Instead of defending the law, officially known as the Affordable Care Act, the DOJ recently agreed that the elimination of the penalty rendered key provisions of the Act illegal, specifically those protecting people with preexisting conditions. Hassan asked how the Trump administration can square this decision with their claim to want to lower prescription drug costs.

“This administration is frankly talking out of both sides of its mouth,” Hassan said, saying that eliminating protections for people with preexisting conditions will prevent them from having access to affordable drugs. “This, Mr. Secretary, is like some kind of sick joke.”

Azar defended the administration, saying, “The position articulated by the attorney general is a constitutional and legal position, not a policy position.” He went on to say that just because the Justice Department employed a particular legal reasoning regarding portions of Obamacare, that doesn’t mean it is abandoning its goals. Instead, he said, Congress should help achieve these goals in a different way.

“We share the view of working to ensure individuals with preexisting conditions can have access to affordable health insurance,” Azar said. “The president has always shared that. We look forward to working with Congress under all circumstances toward achieving that.”