GOP Governor Lost in Court, Now He Wants to Cancel Medicaid Benefits for 460,000 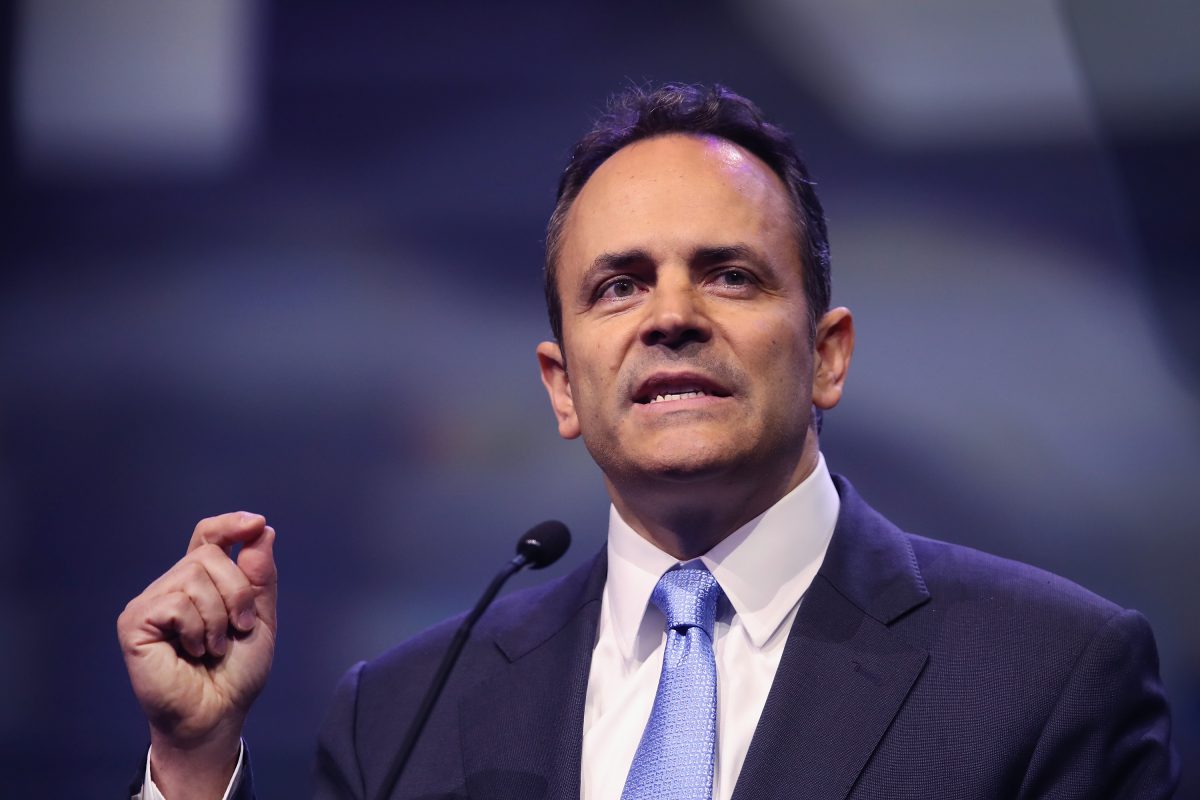 Kentucky Governor Matt Bevin is cancelling dental and vision benefits for hundreds of thousands of people on Medicaid in his state after he lost a recent court battle.

On Sunday, Doug Hogan, communications director for Kentucky’s Cabinet for Health and Family Services, said, “This is an unfortunate consequence of the judge’s ruling.”

Hogan was referring to the Friday night decision issued by U.S. District Judge James E. Boasberg. Boasberg’s ruling contains no language stating or suggesting that Kentucky must enact such wide-ranging Medicaid cuts. Rather, the ruling simply shelves Bevin’s attempted Medicaid overhaul which would have forced recipients to participate in 20-hour-per-week work requirements on top of paying monthly premiums to retain coverage.

The controversial work requirements law–promoted by Bevins and passed by GOP legislators in the Bluegrass State–is known as Kentucky HEALTH and was viewed as a pilot project for the movement against publicly-funded health care. In 2014, Bevin’s predecessor, Democrat Steve Beshear, expanded Medicaid access for an additional 500,000 Kentuckians. Kentucky Republicans, led by Bevins, are attempting to revoke and minimize those benefits in various ways.

If viewed as successful, the program likely would have paved the way for Republican politicians around the country to means-test Medicaid benefits which could limit access to health care.

Bevin’s plan attempted to tie dental and vision benefits to a system where poor and needy Kentuckians would have to take classes, volunteer, or provide documentation that they’ve been searching for a job. Judge Boasberg tossed the entirety of Bevin’s plan and sent it back to officials at the U.S. Department of Health and Human Services.

The Trump administration had previously signed off on Bevin’s plan, but Judge Boasberg said their initial review failed to take into account the basic structure of U.S. Medicaid law–specifically, Boasberg noted that there was no indication the addition of multiple and strenuous hoops for Medicaid recipients would help promote access to health care. For that reason, the administration’s favorable review of Bevin’s work requirements law was deemed “arbitrary and capricious.”

In the email announcing the cuts, Hogan wrote:

When Kentucky HEALTH was struck down by the court, the ‘My Rewards Account’ program was invalidated, meaning there is no longer a legal mechanism in place to pay for dental and vision coverage for about 460,000 beneficiaries who have been placed in the Alternative Benefit Plan. As such, they no longer have access to dental and vision coverage as a result of the court’s ruling.

At a press conference on Monday, Democratic Representative John Yarmuth criticized the decision as not Bevin’s to make. He said, “[Bevin] said he wants to take dental and vision coverage away. We don’t think that’s legal either.”

We are concerned about rash decisions made in response to the court ruling. We call for thoughtful discussions involving the administration and the many statewide stakeholders in the path forward in assuring Kentucky’s working families have healthcare.