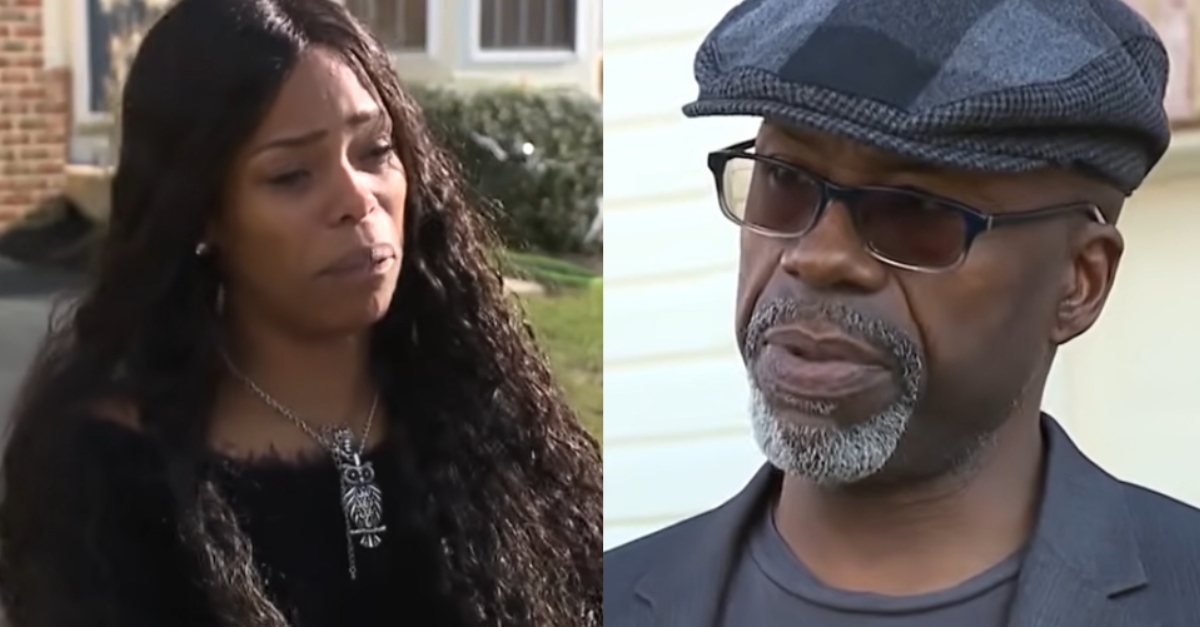 Valeria Smith and Keith Smith in an emotional December 2018 interview, telling WMAR that a panhandler stabbed Jacquelyn Smith. In truth, prosecutors said, it was Keith. Valeria helped cover it up, authorities said.

A Maryland woman is set to testify this week that she helped her father cover up him killing her stepmother on Dec. 1, 2018, and blaming it on panhandlers. Valeria Smith, 31, pleaded guilty in 2019 to being an accessory after the fact to Keith Smith, 55, murdering Jacquelyn Smith, 54.

“I was strung out on drugs and scared for my life,” Valeria Smith previously wrote the judge, with her attorney saying she lived with bipolar disorder, according to The Baltimore Sun. “My father made me leave the state.”

Father and daughter had been arrested just 20 minutes from the border with Mexico. Valeria Smith faces 10 years in prison and sentencing is set for Dec. 13, after her father’s trial.

A longtime friend tells #wjz Jacquelyn Smith had a heart of the world and this in an #injustice . Stepdaughter Valeria Smith is now scheduled to appear before a judge for her alleged involvement in the fatal stabbing from Dec 1, 2018 https://t.co/oatHhsxUEi pic.twitter.com/YQw1ORbgSX

According to authorities, Keith Smith said he was driving home in Baltimore with his wife and daughter after celebrating Valeria’s birthday. In this version of events, Jacquelyn gave $10 through the vehicle window to panhandlers, but they grabbed her necklace, stole her purse, and stabbed her multiple times. Smith described the suspects as a man in a blue hoodie (the actual stabber), and a woman in a brown coat and carrying a baby.

Sgt. Daniel Santos testified that they were not able to find the crime scene of the purported robbery despite returning to the intersection where it supposedly happened, did not find any evidence it occurred, and did not find the panhandlers.

Valeria Smith had said that she helped her father try to cover up the murder by discarding Jacquelyn Smith’s purse at a bus stop.

Smith pleaded guilty to being an accessory after the fact: giving false statements to police and the media and assisted in the coverup by tossing Jacquelyn Smith’s pocketbook, disposing of the murder weapon and assisting in Keith Smith’s attempted flee to Mexico @WMAR2News