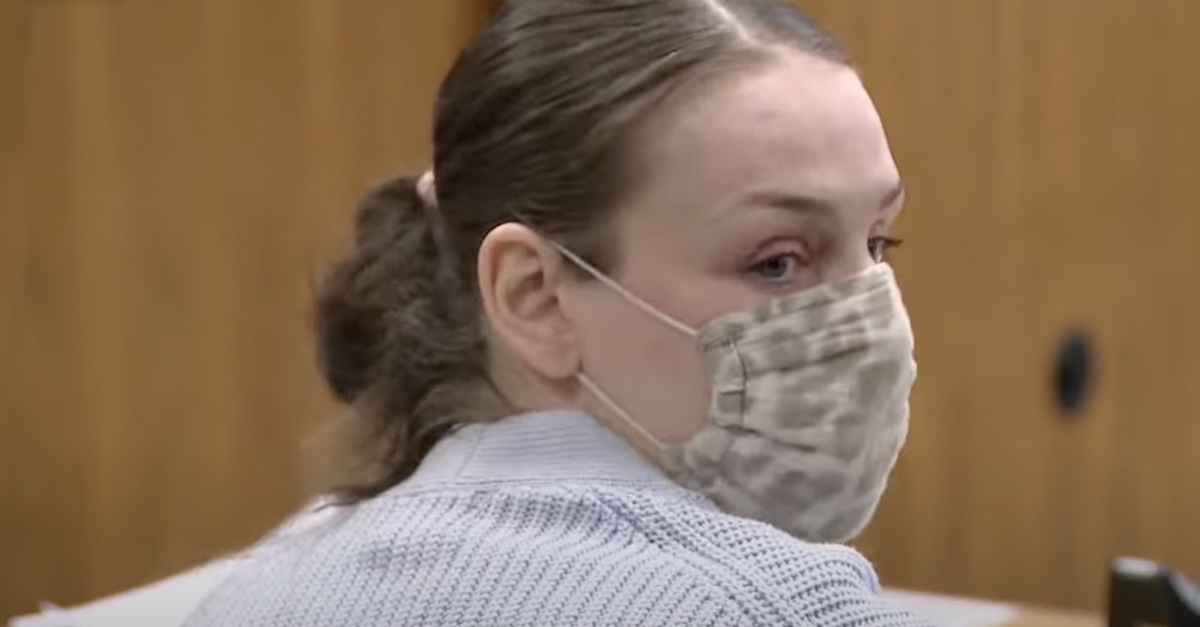 A 30-year-old woman will spend more than three decades behind bars for abusing and killing her boyfriend’s 3-year-old daughter in 2019.

A Whatcom County jury in June found Dixon guilty on one count of homicide by abuse in Hazel’s death. The jury was unable to reach a unanimous verdict on the charge of second-degree murder and a mistrial was declared, but the charge was dismissed without prejudice (meaning it can be brought again), according to a report from the Bellingham Herald.

The Herald noted that Judge Freeman handed down an “exceptional sentence,” as requested by prosecutors, which was well above the standard range for defendants convicted on the charge of homicide by abuse. The standard sentencing range for such a conviction is reportedly between 22 and 29 years.

Dixon, who was dating Hazel’s father Brandon Homan, was reportedly Hazel’s primary caregiver at the time of her death. Dixon in late November 2019 called 911 and reported a medical emergency regarding a 3-year-old girl, the Cascadia Daily News reported. Upon arriving at the scene, first responders transported Hazel to Harborview Medical Center, where she later succumbed to her injuries and was pronounced dead.

Doctors in the hospital’s Department of Pediatrics reportedly said that Hazel had sustained a bleed in her brain just before her death that was likely the result of “physical abuse.” The matter was referred to law enforcement authorities.

Investigators with the Bellingham Police Department reportedly uncovered a pattern of abuse that included damning reports from Child Protective Services (CPS) and Hazel having sustained multiple broken bones in various stages of healing. Dixon was taken into custody in December 2019 on suspicion of second-degree murder.

The King County Medical Examiner on Jan. 23, 2020 reportedly ruled Hazel’s manner of death a homicide. According to the Herald, prosecutors on Tuesday told the court that the medical examiner discovered that Hazel had sustained approximately 50 different injuries and emphasized that Dixon abused her position of trust as the child’s caregiver. In addition to the physical abuse, prosecutors reportedly said that Dixon kept the child isolated from the outside world — pulling her from day care and prohibiting her from seeing family members — in order to keep the abuse concealed from others.

“Tragedy implies an accident, a mistake, a horrific act of God. Hazel’s death was not the result of negligence or an accident. Hazel died after repeated intentional abusive acts by the defendant that came after months of being bruised, broken and burned, that all culminated in repeated blows to the head, causing a traumatic brain injury and death,” Jenkins reportedly said during Tuesday’s proceedings. “This was not a mistake, this was not an error, this was not a lapse in judgment. It was homicide by abuse.”

Dixon’s attorneys reportedly argued that Hazel’s death was an accident, claiming that the child choked on her breakfast and died as a result of a lack of oxygen to the brain. Defense attorney Douglas Hyldahl reportedly sought an exceptional sentence below the standard range, arguing that prosecutors had painted an unfair and misleading portrait of his client.

“This was a difficult case for everyone that was involved. It was long, contentious, neither side gave an inch, but that does not mean that an aggravated sentence is called for. It simply means this was a very difficult case,” Hyldahl reportedly said. “I can tell the court that [Dixon] is despondent over the entire situation. Contrary to what counsel has said, Hazel was not an emblem or tool. She was not a symbol, she was a very real child who Kamee loved and did her best to take care of.”

Dixon reportedly did not speak during Tuesday’s proceedings.