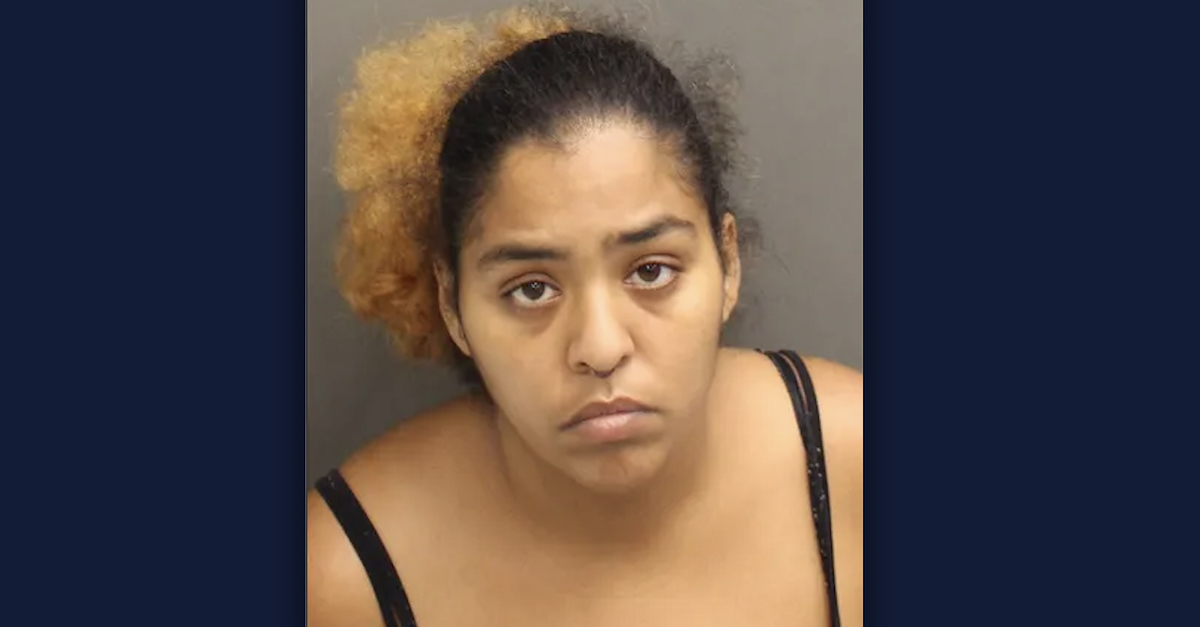 A 26-year-old mother of three in Florida was arrested after her 2-year-old son got hold of an unsecured firearm and fatally shot his father, law enforcement authorities say. Marie Ayala was taken into custody last week and charged with multiple crimes stemming from the shooting death of her husband, 26-year-old Reggie Mabry.

According to an arrest affidavit, deputies with the Orange County Sheriff’s Office on the morning of May 26 responded to a 911 call about a possible shooting at a residence located in the 700 block of Tobie Court. Upon arriving at the scene, first responders encountered Ayala, her three young children—ages five, two, and six months—and an adult male, later identified as Mabry, who appeared to have sustained a single gunshot wound.

Orange County Fire Rescue personnel treated Mabry’s injury and transported him to Advent Health East Hospital in Orlando. Shortly after arriving at the facility, Mabry succumbed to his wounds and was pronounced dead at approximately 12:21 p.m. Hospital staff informed police that Mabry had suffered “an unknown injury to his mouth area and a suspected gunshot wound to his back.”

A homicide detective with the sheriff’s office responded to the hospital and attempted to make contact with Ayala, who was on the phone at the time. According to the affidavit, as he waited for Ayala to finish her call, Ayala’s 5-year-old son told the detective that his dad was shot in the back. Ayala concurred, allegedly telling the detective that her 5-year-old son told her that his 2-year-old brother fired the weapon by accident.

Continuing the interview away from the children, Ayala allegedly told investigators that Mabry was playing a video game on a computer in their bedroom when she suddenly “heard a loud pop.”

Ayala allegedly told police that the gun belonged to Mabry. However, when asked where the gun was normally stored, Ayala’s “answers changed frequently,” according to the affidavit. She initially claimed the weapon was kept inside of Mabry’s bag “in an unknown compartment,” but later said it was kept “in a box in the closet,” in a safe, or “under a pillow or something,” police wrote.

When investigators searched the scene, the bag that Ayala claimed the gun was normally kept in was hanging on a wall in the bedroom, police wrote. It was “fully zipped up and closed,” leading investigators to conclude that “unless the crime scene was altered prior to the arrival of law enforcement, the gun was not in the backpack” when the 2-year-old came into possession of it.

Ayala further informed investigators that she and Mabry were both on probation following convictions for charges of child neglect and possession of narcotics. According to the affidavit, Ayala and Mabry left their two older children home alone with narcotics in the residence. Because she was on probation at the time of the shooting, Ayala was prohibited from possessing a firearm in her home.

“This is the Orange County mom now in jail for manslaughter after her husband was fatally shot. But the gun wasn’t in her hands. It was the couple’s 2-year-old who got a hold of the firearm and accidentally killed his daddy. Tragedies like this are almost incomprehensible, and they are 100 percent preventable,” the sheriff’s office wrote in a Facebook post.

“The children were not injured physically, but they will likely carry emotional wounds forever. Not only have they effectively lost both parents, the toddler who accidentally shot his father in the back will have to grow up with the knowledge that his actions caused his dad’s death.”

See the arrest affidavit below.