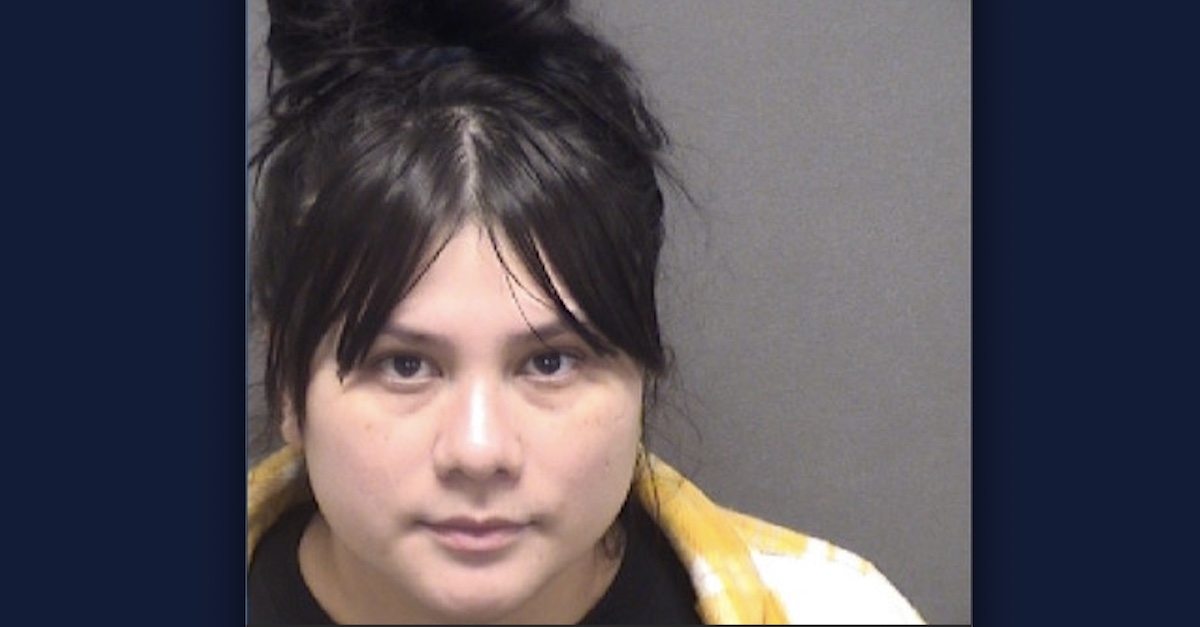 A 33-year-old woman in Texas was arrested for allegedly shooting an 18-month-old baby at a Halloween party after mishandling a firearm.

Eloisa Fraga was taken into custody on Monday and charged with one count of aggravated assault with a deadly weapon in the shooting, a second-degree felony, court records reviewed by Law&Crime show.

According to a report from San Antonio NBC affiliate WOAI, the child’s parents brought the toddler to the emergency room of a local hospital late Sunday evening. The child was reportedly unconscious and suffering from a wound to the chest.

Upon arriving at the facility, the parents reportedly told the medical staff that the baby was handling a cell phone that exploded. The hospital staff, however, reportedly said that the exploding cell phone story did not comport the injuries the child sustained. Hospital personnel then notified the San Antonio Police Department about the incident.

SAPD investigators interviewed the parents at the hospital and learned that they and their child had been attending a Halloween party hosted at a relative’s home on the evening that the baby was injured, per WOAI. The parents reportedly said that the child was sitting in a stroller holding a cell phone.

Several witnesses at the party reportedly claimed that they heard “what sounded like a balloon popping,” police reportedly said.

The parents reportedly realized in horror that their kid was shot in the chest — and witnesses allegedly saw Fraga playing with the pistol involved before the gun went off.

The bullet allegedly fired from Fraga’s gun traveled through the cell phone in the baby’s hand before striking the child, according to a report from San Antonio ABC affiliate KSAT-TV.

At least one witness reportedly identified Fraga from a photograph.

A probable cause affidavit reportedly says that Fraga fled the scene following the shooting and investigators could not locate her Sunday evening. Police then obtained an arrest warrant for Fraga and took her into custody at approximately 12:57 p.m. on Monday, jail records show. She was booked in the Bexar County Jail and released later that day after posting $75,000 bond.

A judge issued “no contact” and “no firearms PPOU” orders for Fraga following her release. She is currently scheduled to appear in court again for a pre-hearing proceeding on Dec. 14.