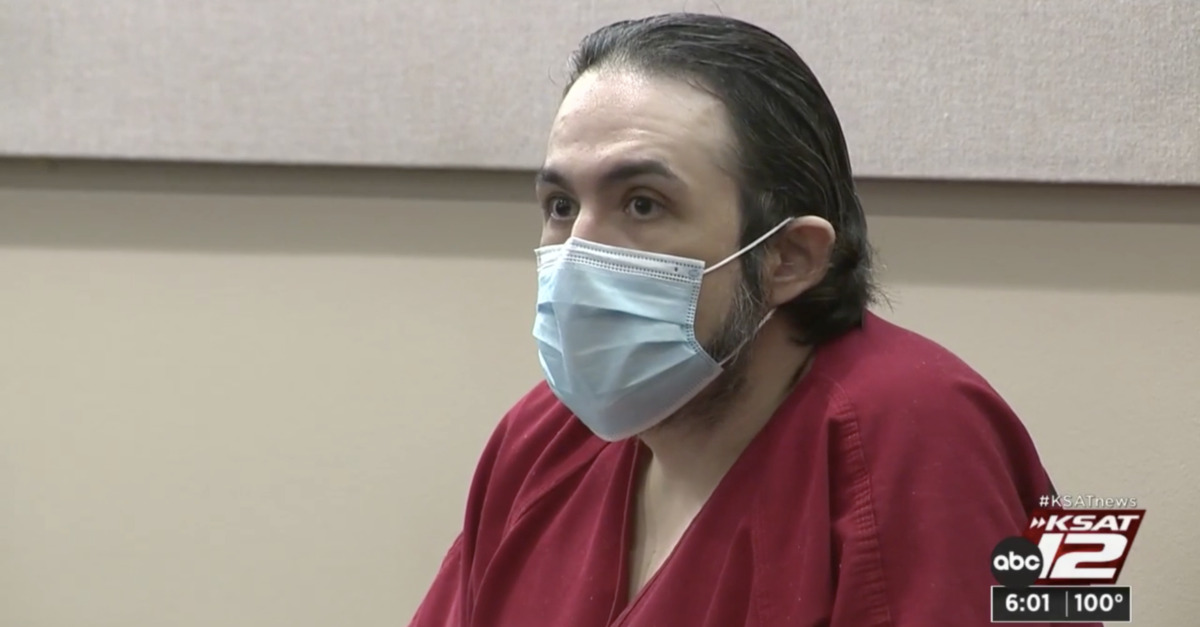 A Texas man took a plea deal that will likely see him spend the rest of his life in prison over two brutal cold case murders.

Jose “Joe” Baldomero Flores III, 41, was facing the prospect of the death penalty and jury selection was set to begin on Monday, July 25 when he pleaded guilty to killing two women in 2005 and 2011.

Heather Willms was 21 years old when she was raped and killed inside the bedroom of her own apartment in the San Antonio-surrounded enclave of Leon Valley, Texas. Her hands had been severed and, according to neighbors, an argument and struggle with a man had preceded the violence, according to the San Antonio Express-News.

In comments to MySanAntonio.com, then-Leon Valley police chief Joseph Salvaggio said the neighbors described “shuffling sounds then silence,” that occurred at around 5:00 in the morning on that fateful early February day. The woman’s clothes had been burned in an apparent effort to conceal evidence. Friends reported their concerns to law enforcement after being unable to contact her the next day.

“The friends entered her apartment through a sliding glass door and everyone’s worst fears were realized, as they found Heather’s body in her bedroom,” Salvaggio said. “Mr. Flores was a purported friend of Heather’s, having gone to high school with her and staying in touch with her afterwards. [He] was one of the last to see her alive.”

Flores was questioned at the time because of his relational proximity to the first victim, but law enforcement did not arrest him.

Years later, he raped and killed 30-year-old Esmeralda Herrera in the bedroom of her own apartment on the Southwest Side neighborhood of San Antonio proper. Her body was found tied to her bed in early March. She had been bludgeoned and strangled to death. Another fire had been set to conceal evidence, this time set in multiple places and large enough that firefighters arrived to put down the blaze.

In April 2011, Flores was arrested and charged in connection with Herrera’s murder. Charged were dropped less than a month later. A request to further investigate the case was denied after the flub by Bexar County authorities. The case was then reopened in 2015 by then-District Attorney Nico LaHood. In the final month of 2016, the defendant was arrested again and charged with both murders.

According to San Antonio ABC affiliate KSAT, the COVID-19 pandemic slowed down the pace of court proceedings considerably. Several hearings occurred since the arrest, and a special prosecutor assigned to the case was seeking the death penalty.

Earlier this year, District Judge Melisa Skinner decided that all sides had waited long enough. But on the eve of jury selection for the trial related to Herrera’s murder, Flores took responsibility. The plea deals cover both of the murders as well as one count of arson.

According to the San Antonio Express-News, the defendant was sentenced to three separate life sentences. Two of them – one for Willms’ murder and one for arson – will run concurrently. The third sentence – for Herrera’s murder – will run consecutively.

“Every fiber of my being wants you to suffer and live in fear just as my Heather did, just as Esmeralda did,” Willms’ mother Donna Ellis said during a victim impact statement read during the sentencing and reported by KSAT. “Today I take back my life, I forgive you.”

Herrera’s family had a victim advocate read a letter to the condemned man. That letter reportedly wished him “pain and suffering.”