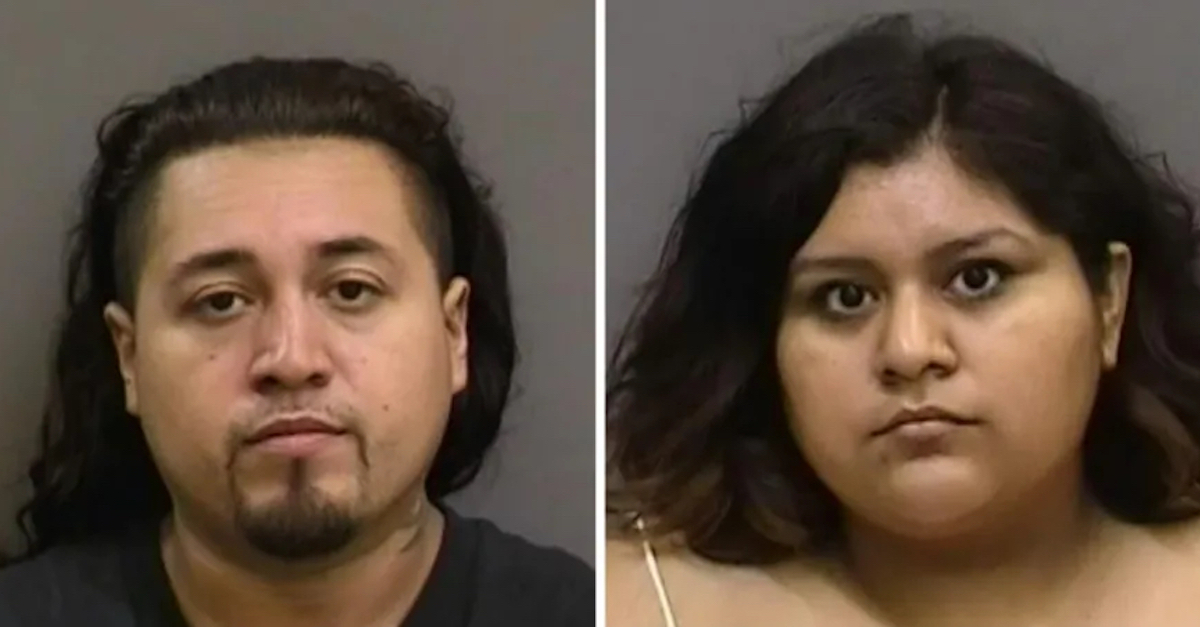 Prosecutors in Florida are seeking the ultimate punishment for a young couple accused of killing a 22-year-old mother before attempting to frame another man and allegedly killing him as well.

The state attorney’s office on Friday filed a Notice of Intent to Seek the Death Penalty against Daniel Negrete, 27, and Fatima Garcia Avila, 20, for the alleged planned executions of Erica Aviles and Antonio Benito Cuellar-Enriquez earlier this year, court records reviewed by Law&Crime show.

According to a sworn probable cause affidavit, authorities believe that Garcia Avila assisted Negrete to plan and murder Erica, who was the wife of his cousin, Cornelio Negrete Jr., in July. The two allegedly planned thereafter to pin the crime on Cuellar-Enriquez, Garcia Avila’s ex-boyfriend, by planting evidence.

Negrete is facing four counts of first-degree premeditated murder with a firearm, each of which are listed in charging documents as a “capital felony.” He is also charged with second-degree arson and being a felon in possession of a firearm.

Garcia Avila was also charged with four counts of first-degree premeditated murder as well as felony witness tampering and fraudulent use of personal information.

Cornelio Negrete was arrested several weeks after Negrete and Garcia Avila, when investigators allegedly learned that he was in on the plan to murder his wife. He was charged with conspiracy to commit first-degree murder, principal to first-degree murder, tampering with physical evidence and false reports to law enforcement.

In the filed court documents, prosecutors say they can prove three aggravating factors “beyond a reasonable doubt” that allow the state to seek the death penalty against Negrete and Garcia Avila.

“The capital felony was committed by a person previously convicted of another capital felony or of a felony involving the use or threat of violence to the person,” the document states. Prosecutors also wrote that the killings were “especially heinous, atrocious, or cruel” and “committed in cold, calculated, and premeditated manner without any pretense of moral or legal justification.”

Investigators said a break in the case came when a witness said that Garcia Avila had divulged the entire double-murder plot to her approximately a week after it all happened.

The witness told investigators that Daniel Negrete and Fatima Garcia Avila on the night of July 18, 2022 drove together to the home of Erica Aviles located in the 3000 block of Al Simmons Road, where Negrete allegedly shot the victim several times, killing her. Garcia Avila allegedly fled the scene in the original car driven to the home while Negrete stole a Chevy Avalanche truck which the couple later burned.

Knowing that Erica’s family was actively looking for information on her killer, Garcia Avila allegedly told the witness that she “had to use someone to take the fall…so who else better than my ex (Antonio Cuellar-Enriquez)?” She allegedly sent Cuellar-Enriquez a text message asking him to spend the night with her and he came to her home.

Initially, Garcia Avila allegedly attempted to kill her ex by giving him an excessive number of pain pills for a headache “in an attempt to cause him to die via an overdose.” When that didn’t work, she allegedly called Negrete, who came to the residence and confronted Cuellar-Enriquez.

After the shooting, Garcia Avila allegedly used Cuellar-Enriquez’s cell phone to send Erica’s father an apology to make it seem like “he (Antonio) killed the girl (Erica) or knew someone who killed the girl.” The message, which was in Spanish, sought forgiveness and said, “This was not the plan.” Cuellar-Enriquez had previously worked at a tire shop owned by Erica’s father and was close to the family.

The witness also said that Garcia Avila explained that they were supposed to make Cuellar-Enriquez’s death “look like a suicide or an overdose.” Garcia Avila allegedly told the witness that if she mentioned anything about the slayings to anyone, “we will have to kill you.”

Prosecutors have not filed a Notice to Seek the Death Penalty against Cornelio Negrete.

You can read the notice of intent to seek the death penalty for Negrete here and for Garcia Avila here.