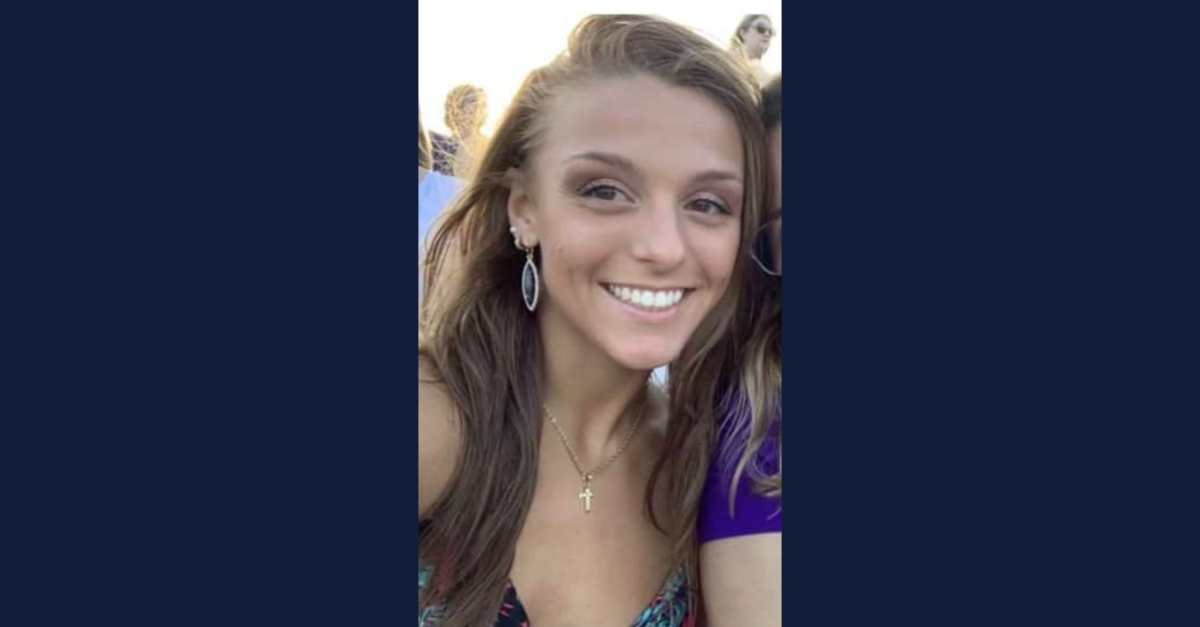 “Alicia Kenny was found this afternoon safe and unharmed and is currently in the care of her family members,” the city of Loveland, Ohio said in a statement shared on Facebook by the police department. “The Loveland Police Department would like to thank our law enforcement partners the Ohio Bureau Of Criminal Investigations and the Hamilton County Sheriff’s Office for their extensive assistance with resources and agents, as well as help from the community. The involved law enforcement agencies worked long hours in challenging weather conditions to bring Alicia home.”

They did not specify what happened to her.

Police are searching for Ohio woman Alicia Kenny, 23, after she went missing this weekend. A delivery driver reportedly said he discovered her backpack along his route.

“It’s just really hard to think about what could happen,” her mother Marcy Kenny said, according to WLWT. “She’s just gone.”

Alicia was last seen Saturday evening in the city of Loveland, Ohio near Lebanon Road, wearing dark pants, a white shirt, and sandals, cops said in a Facebook post from Monday. The city released a statement that same day saying she was last seen on foot in the early morning hours of Sunday on Loveland Madeira Road in Symmes Township wearing a white shirt, dark capris, and sandals. Authorities describe her as a “critical missing person.”

“Alicia frequents local parks and has no known vehicle,” the city said. “No foul play is suspected at this time.

Kenny, who lives with her grandparents, left home for a stroll around 8 p.m. on Saturday, her mother Marcy said. She described her daughter as loving to connect with nature and often going on walks to write or draw at local parks.

“When she goes, she always takes her backpack with her,” Marcy said. “That’s something that’s extremely close to her heart. Her Bible’s in there. She’s very religious. Her writings, her drawings, all her notebooks are in that backpack.”

Her daughter asked friends for a ride home, Marcy said. They didn’t give her one.

“On Saturday, she did try to contact people to pick her up, because she doesn’t drive,” Marcy said. “She asked them to come pick her up from Loveland, and nobody would, and now she’s gone.”

Loveland Police say Alicia Kenny, 23, has been missing since Saturday. Her mom tells us someone found her backpack and turned it into police. She also says her daughter asked friends to come pick her up but no one did. The full story tonight only on @FOX19 pic.twitter.com/aJp42FKh0Y

BCI now assisting Loveland PD w an investigation into the disappearance of 23yo Alicia Kenny. I intervwd her mom yesterday & she said Alicia’s backpack was found by a delivery driver. Montgomery PD says driver turned it in to them & it was found in a Loveland subdivision. @wlwt pic.twitter.com/PNlWMWWatC

A delivery driver reportedly told police about finding a backpack in Loveland on Sunday morning. The driver said he could not remember where he found it but that it was along his route, officers said, according to WXIX. Officers said he left it at their department on the assumption someone lost it. They took it to Alicia’s home.

“And that’s when everybody realized that she wasn’t there, that when she left on Saturday night, she had never come home,” Marcy Kenny said. “In the backpack were her phone, her ID, her wallet, everything.”

Alicia’s whereabouts are a mystery.

“There’s no scenario that I can think of that she would leave her backpack,” Marcy said.

The Ohio Bureau of Investigation confirmed Loveland police asked for help finding Kenny, according to WLWT.

“The investigative team came today to get something that would have her DNA on it,” Marcy told WCPO in a Tuesday report. In case she’s found, they want to be prepared. And just the thought of that takes us to a very deep and dark place that we try hard to avoid. The storms that hit last night, if she was out there alone … that’s a very painful thought.”

Authorities describe Alicia as standing 5’1″ and weighing 110 pounds. She has brown hair and brown eyes. Officials ask that if you see her or know her whereabouts, to call 911 (assuming you’re local) or Northeast Communications at (513) 677-7000.