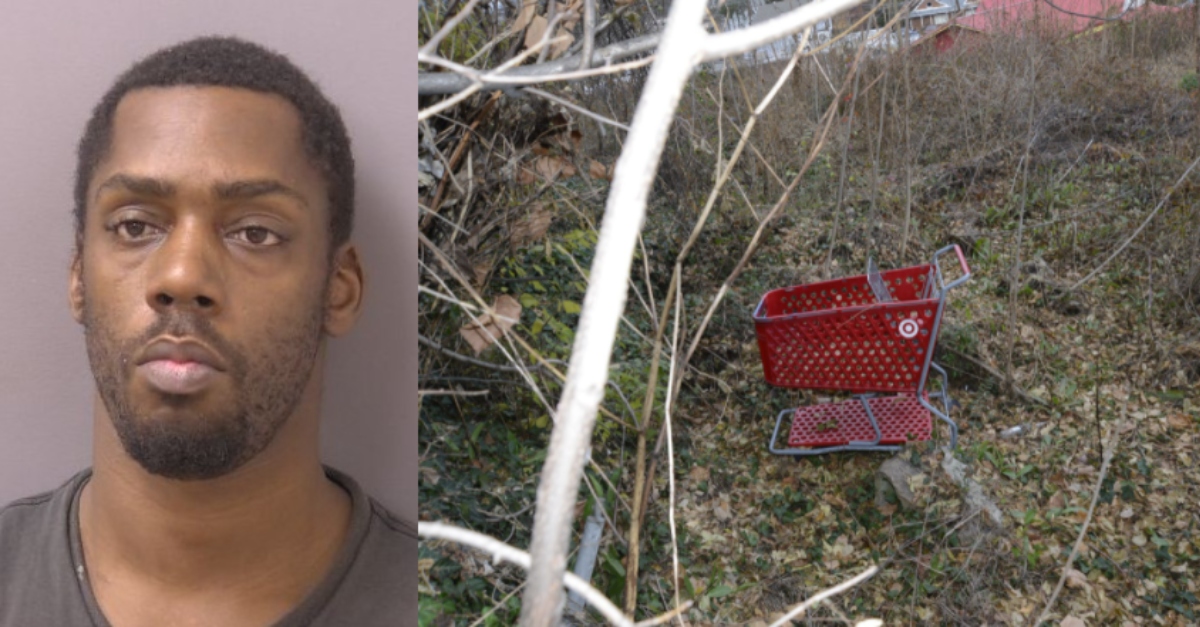 Cops have positively identified two more women who the “Shopping Cart Killer” allegedly murdered. They were both found in a container near the Moon Inn Hotel in Alexandria, Virginia, on Dec. 15, police said. Stephanie Harrison, 48, was from across the country in Redding, California. Cheyenne Brown, 29–who officers tentatively named last month to attract more information about the case–was from Washington D.C. Not only that, but there could be a fifth victim in Washington D.C., they said. Once again, authorities are asking the public’s help for any information they know about alleged serial killer Anthony Eugene Robinson, 35. They announced Friday that he used the Plenty of Fish, and Tagged dating apps to lure victims.

For now, he only faces charges in Harrisonburg, Virginia, for allegedly murdering local woman Allene Elizabeth Redmon, 54, and Charlottesville resident Tonita Lorice Smith, 39. Harrisonburg Police Chief Kelley Warner previously told reporters that cops found the two women dead in an open lot. Though they were killed at separate times, they were moved there in a shopping cart, officers said. Police believe Robinson moved at least one of the Fairfax County victims–Brown or Harrison–in a shopping cart. Hence, the nickname police gave him: The “Shopping Cart Killer.”

He remains at the Rockingham County Adult Detention Center on two counts of murder and two counts of felony disposal of human remains, Fairfax County Police Chief Kevin Davis said on Friday. Charges are pending in Fairfax County. He is the only suspect in the Brown and Harrison murders, police said.

A reporter noted during questioning that Harrison’s family said she was in town.

Police voiced concern that there could be more victims, survivors and others who communicated with Robinson. This includes Plenty of Fish, Tagged, or other dating apps.

“We believe there are survivors out there,” Davis said.

Police said they are working to construct a “victimology” to get in touch with women who may have interacted with this suspect, and to work with 35 other police departments to comb over existing missing person cases to determine if commonalities exist. This includes law enforcement in Robinson’s home state of New York.

Fairfax County Police Major Ed O’Carroll said there also could be a fifth victim out in Washington D.C., though he declined to make an identification. A woman was found dead in a shopping cart, only covered with a blanket, he said. Digital evidence puts Robinson in the area around the time of her disappearance, he said. Local police there are investigating, he said.

O’Carroll urged people who contacted Robinson to reach Fairfax County police at (703) 246-7800. They can also provide anonymous tips to the Crime Solvers program at 1 (866) 411-TIPS, he said. He described this as critical to the case. Determining Robinson’s whereabouts and figuring out his habits could help uncover more victims or survivors, and to build their case.

Davis declined to say if Robinson was giving them information.

“Cheyenne Brown, Stephanie Harrison were amazing women,” O’Carroll said. “They did nothing wrong. Both loved by families and our community.”

According to Davis, Cheyanne’s mother told authorities she wanted everyone to know that Cheyenne had a huge heart. She was trusting and thought of everyone as her friend, he said.

Harrison’s daughter described her as a beloved mother and even better grand mother.

“She was the kindest person and helped everyone and would give you her last dime,” Davis said.

Two other women were found in an abandoned lot in Harrisonburg, Virginia. They were identified as Allene Elizabeth Redmon and Tonita Lorice Smith of Charlottesville. Anthony Robinson is charged in both women’s murder. pic.twitter.com/zB5cTEl3jt

Redmon’s daughter Amanda May said the last time she communicated with her mother was a text on the night of Oct. 24. In this account, Redmon said she was at the Howard Johnson hotel watching football, but when asked about who she was with, she told May it was none of her business, according to WJLA in a Dec. 20 report

“I figured she was out with a friend and she just didn’t want to tell me,” she said.

May said she never met or heard of Robinson before the murder case against him.

“He took her away from us and for what?” she said. “When I spoke to her on the phone she didn’t sound scared. She didn’t sound worried. So, apparently, she trusted him in some way. I don’t know how long she had been talking to him.”

[Booking photo of Robinson and image of the shopping cart via Fairfax County Police Department.