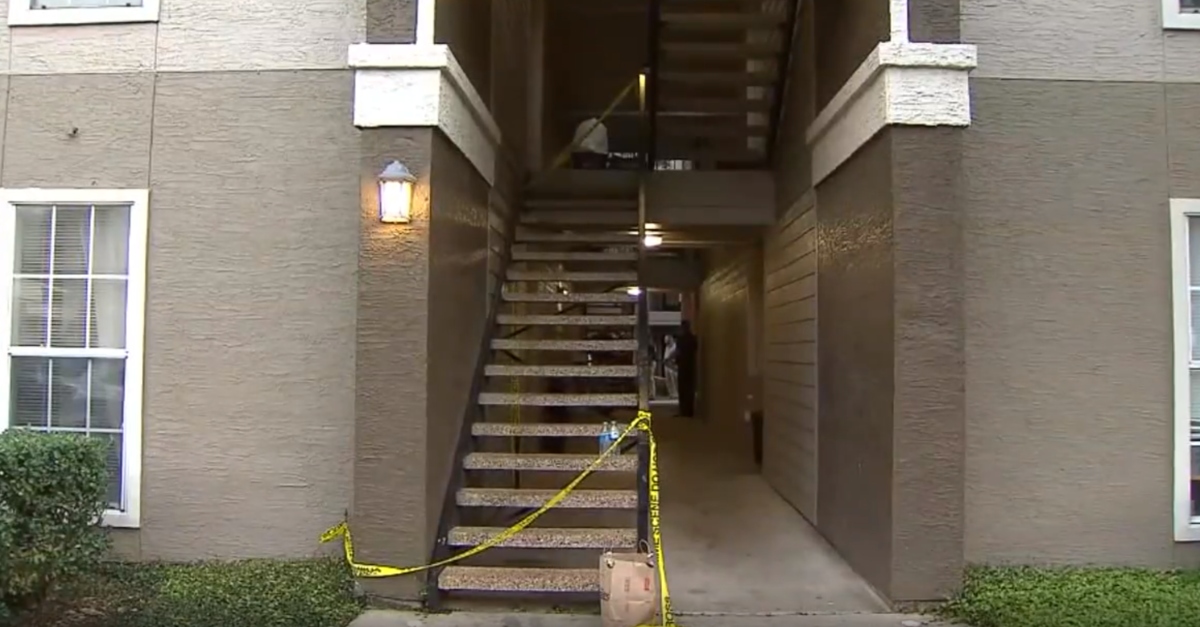 A man beat and stabbed his 16-month-old son to death on Sunday, say police in Lewisville, Texas.

“The information we have is that the suspect came out of the apartment carrying the child, and that he was yelling some very loud, random things about religion and ‘Jesus is coming,’” Capt. Jesse Hunter told CBS DFW. He said this is the worst call he had ever been on.

This attack happened out on the courtyard of their apartment complex, he said. A bystander managed to stop the attack. According to Hunter, a man on a second-story balcony witnessed the assault, and shot the father in the leg. The child, however, was pronounced dead at the hospital.

“We’re still all pretty confused on how something like this could happen,” Hunter said.

The man was arrested, but not identified. No charges will be pressed against the armed bystander.

Judging by available accounts, this incident seemed to come out of no where. Neither police nor child protective services previously had contact with the family, Hunter said.

Neighbor Ciera Mills, 26, told The Dallas Morning News that she would sometimes see the man on his balcony, and they’d say hello to one another.

“He was pretty normal,” she said. “For this to happen is unbelievable.”

The victim’s mother lived at the residence. She was at work during the incident, police said.

The suspect’s toxicology results were pending. He received treatment at the hospital for his gunshot wound, cops said. He was described as being in his late 20s or early 30s.