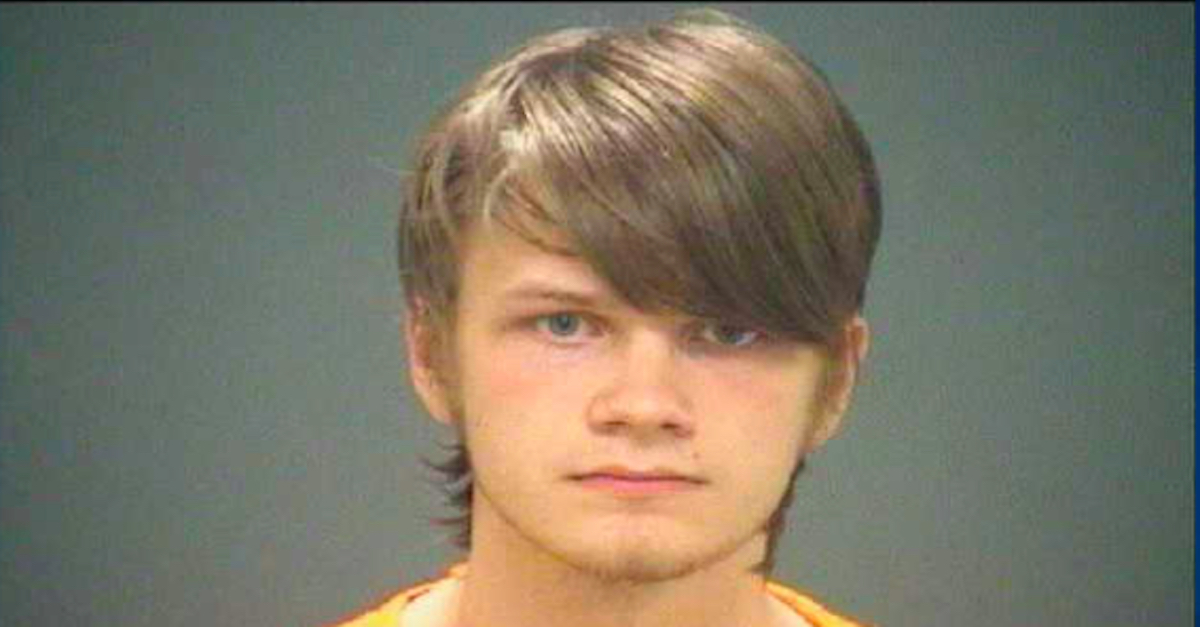 An Ohio man who helped a 17-year-old purchase a firearm and who then transported the teen to the area where the teen later used the gun to commit suicide was sentenced to five to seven years in state prison on Thursday, several local news outlets reported.

According to the reports, on July 12, 2019, 18-years-old Duncan McElroy drove 17-year-old Ace Stenger to multiple different gun stores in the area in an effort to find one that would sell McElroy a firearm. The two teens went to three different gun stores before McElroy was able to purchase a .22-caliber rifle and ammunition. McElroy then drove Stenger to a location in the Brecksville Reservation where he used the rifle to fatally shoot himself in the head. McElroy then called 911 to report Stenger’s death.

McElroy, who had only known Stenger for about two weeks before the teen took his own life, pleaded guilty to involuntary manslaughter, assisted suicide, and improperly furnishing a firearm to a minor. The two teens first made contact through the dating app Bumble on June 28, 2019, and met in person one day later.

During Thursday’s proceedings in Cuyahoga County Court of Common Pleas, Assistant Cuyahoga County Prosecutor Saleh Awadallah contended that McElroy was a “master manipulator” who knowingly preyed on Stenger’s history of battling depression. He told presiding judge Nancy McDonnell that McElroy used that knowledge to help convince Stenger to shoot himself because McElroy “was obsessed” with death.

“He wanted to see somebody die,” Awadallah said, per the Cleveland Plain Dealer. “He picked this person, manipulated this person all the way through the end, which was the death.”

Local Fox affiliate WJW-TV reported that Awadallah also said McElroy “greased the situation towards suicide, towards the demise of Ace, including getting them off the track to college and on the track to death.”

Terry Gilbert, who represented McElroy in the hearing, called his client’s pediatrician and adolescent psychologist to testify about McElroy’s mental health struggles — which included his own suicide attempt at the age of nine — in an attempt to have Judge McDonnell sentence McElroy to an inpatient facility instead of a prison. Gilbert told the court a prison stint could cause his client to once again self-harm, saying he didn’t want to “see another young person die over this.”

McElroy’s mother said she had caught her son trying to hang himself as a nine-year-old and said her family has a history of depression and suicide.

But McDonnell rejected Gilbert’s suggestion, sentencing the now-19-year-old McElroy to serve five to seven and one-half years in prison, reasoning that he was an integral part of the events surrounding Stenger’s death, the Plain Dealer reported.

“If you didn’t buy that gun for . . . him, it wouldn’t have happened,” McDonnell said from the bench after pronouncing the sentence.  “Period. End of story.”

McElroy also had a chance to address the court, saying he understood his actions and felt remorse.

“I wish that I had understood what I was doing before all of this, and the effects that it would have on everyone, especially the family. I’m sorry,” He said, according to the newspaper.  “I can only hope that there’s something to look forward to.”

McElroy had been housed at an inpatient facility in Geauga County since his arrest but will serve his sentence in a state prison.