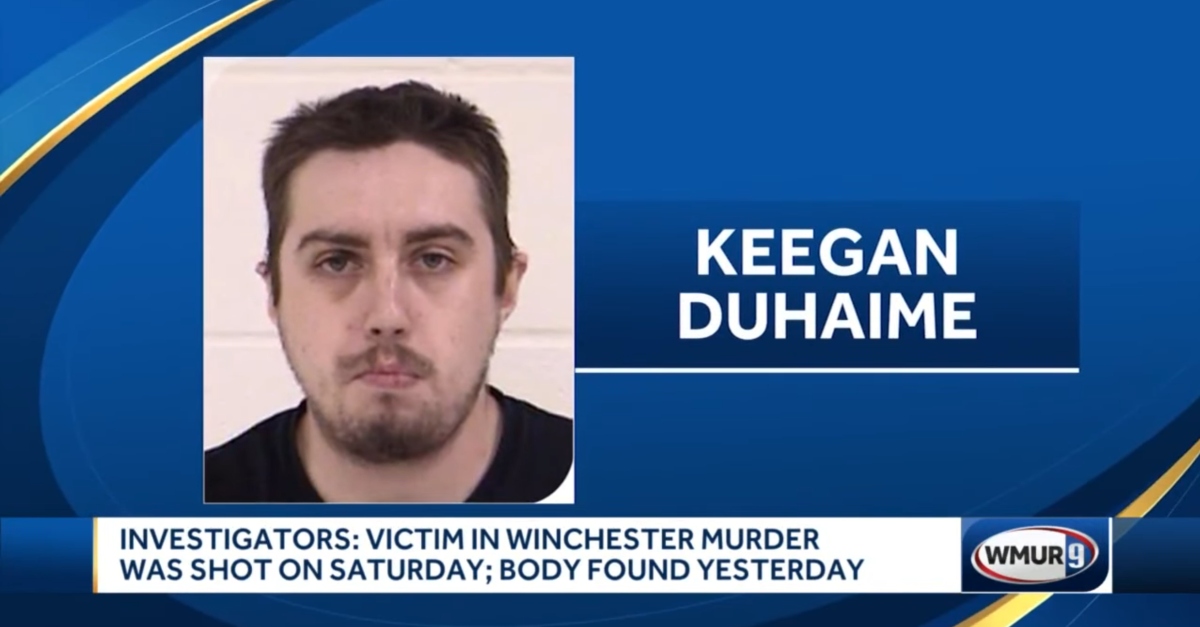 A man shot his grandmother’s husband in the head, leaving his body to be discovered by investigators days later, authorities say. Keegan Duhaime, 26, was arrested and charged with counts of second-degree murder for allegedly killing Timothy Hill, 72, the New Hampshire Department of Justice announced in press releases.

Officers in the Town of Winchester responded Wednesday shortly after 11:30 a.m. to 484 Scofield Mountain Road to perform a welfare check, prosecutors said.

Prosecutors described the victim and the defendant as housemates; the two lived together at the 484 Scofield Mountain Road home referenced above.

Duhaime waived his arraignment on Thursday, and he was ordered held without bail, prosecutors said.

“We’ve identified all of the parties involved, which is important,” Ward said.

The New Hampshire DOJ did not suggest an alleged motive, detail any evidence showing Duhaime is the killer, or lay out a timeline of events.

“Unfortunately our ethical rules and the ongoing investigation in this matter preclude us from providing a comment on any of those questions,” spokesman Michael S. Garrity told Law&Crime.

Indeed, New Hampshire’s ethical rules for attorneys are more strict than those of most other states when it comes to the types of questions attorneys can answer outside of court.

The New Hampshire Public Defender’s office represents Duhaime. It did not immediately respond to a Law&Crime request for comment.  However, a response is unlikely, because New Hampshire’s ethics rules generally ban attorneys from responding to adverse publicity about their clients in the press.

WMUR’s coverage is below: